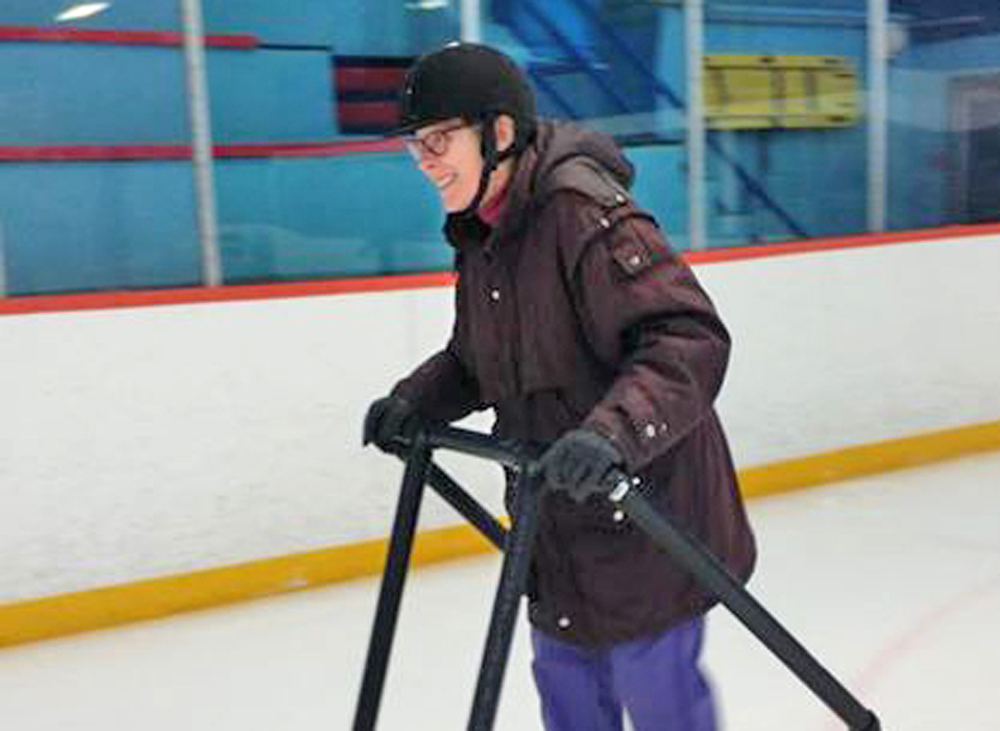 After a Hawkesbury doctor, Anna Williams, was asked not to use a homemade skating aid at the Char-Lan Arena in February, South Glengarry Township reviewed its rules regarding skating aids for young people as well as adults and seniors. The municipality, in a Facebook post, said “we are pleased to advise that we will allow the Skating Aid(s) to be used on with the condition that the user wear a CSA Approved Skating Helmet.” The post said the municipality consulted with the Ontario Recreation Facilities Association and its insurance carrier. Williams, who used a home-made skating aid because her arthritis made skating on her own difficult, was originally asked not to use the aid because it was not approved by the Canadian Standards Association (CSA).