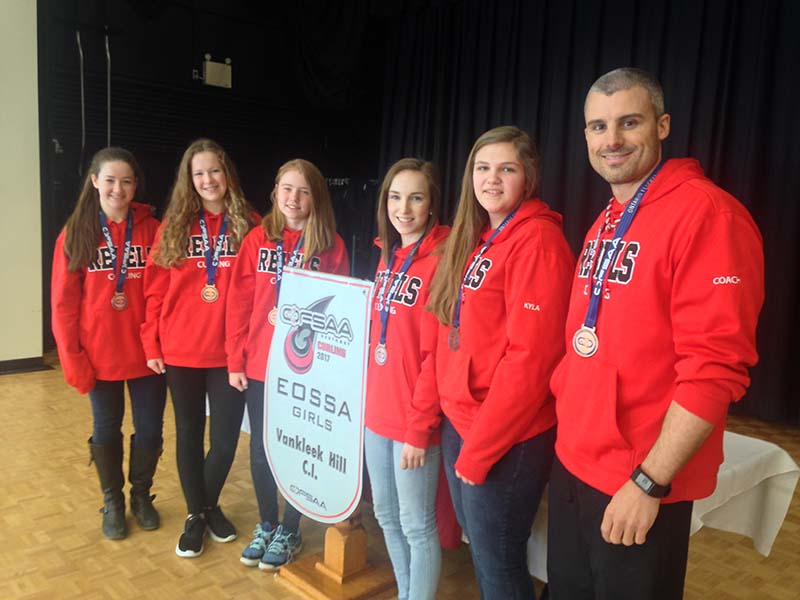 The Vankleek Hill Collegiate Institute girls’ curling team recently won a bronze medal at the OFSAA competition in North Bay, a provincial event. The girls represented Eastern Ontario at the competition after winning at the Eastern Ontario Secondary Schools Competition. They were recognized at an assembly at VCI on Friday. Team skip Cassandra Allen says the team exceeded its goal of making it to the playoffs, which was especially meaningful for her, because as a Grade 12 student it will be her last year competing with the team. Seen here from left to right are: Caitlin Allen (vice), Cassandra Allen (skip), Natasha Fortin (lead), Meghan Courtemanche (second), Kyla Baranowski (lead), and coach Dan Tremblay.