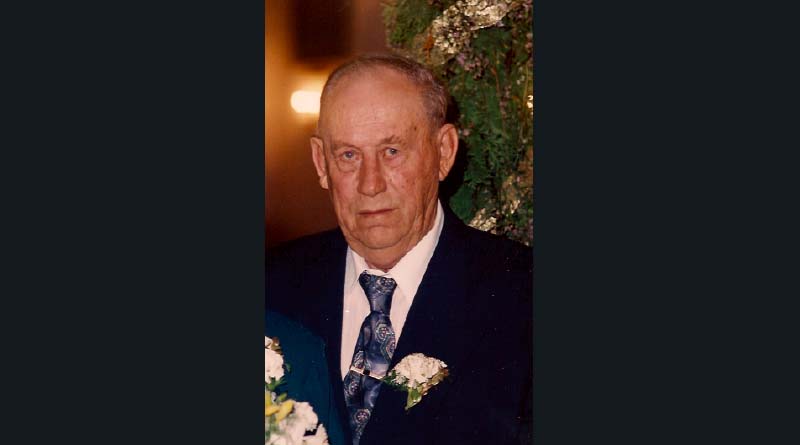 William was born in Alsmeer Holland.  He graduated from secondary school, specializing in agriculture.  With shortage of land availability in Holland, William began his research and discovered that Canada offered sponsorship Visa to immigrants.

William and his wife Margaret had a dream! They and their three sons left their homeland for a place where their children would have ample opportunity for a better future.  They taught their children that with hard work, dedication, and faith, they could achieve their goals in life.  They dreamed that their children would own their own land and, of course, be their own boss.  They first stepped on Canadian soil on February 13, 1951.  Their family grew to 4 daughters and 7 sons.

William worked over two years for his Canadian sponsor fulfilling his agreement.  He rented a 100 acre farm on County Rd 21, Lochiel, in 1953 which he later purchased in 1957.   This farm is now owned by his eldest son, Rudi.  William owned 30 PMU (Pregnant Mare Urine) mares from 1957 until 1965.  He also milked cows until the late 60’s.  He finished hogs and raised sows until his retirement in 1984 and was one of the first area farmers to start cash cropping in the mid 1960s.

William was a founding member of the Quigley Cheese Manufacturers’ Association.  For many years he represented Glengarry County at the annual Pork Producer’s meeting in Toronto.  For 3 years, he attended Program 5, an adult agriculture education course in Alexandria. William and his seven sons were involved in farming from the 1980’s into the 2000’s.  Together, they owned a total of 780 acres and rented approximately 2,000 acres.  They specialized in cow-calf and feedlot farming.  They owned 2,150 finishing cattle and 455 beef cows.

William passed away on September 5, 2002, knowing that his and Margaret’s dream for their children had come true.