Living with endometriosis, and struggling for recognition 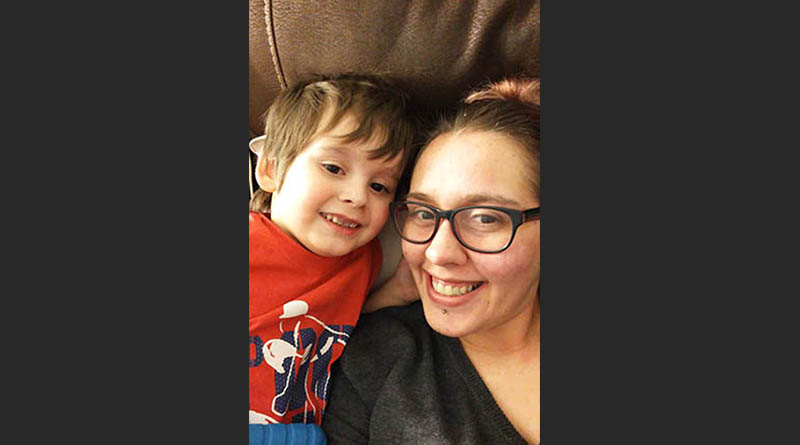 Sam Hughes-Laflamme says she was told for years by doctors that the pain she was feeling was normal.

She has endometriosis, a disease that comes with pain she, a mother, compares to the contractions associated with giving birth. She started feeling symptoms when she was 11, but it took until she was 17 for a doctor to suggest she might have endometriosis. The disease causes tissue that usually grows on the inside of a person’s uterus grows outside of it, according to the Mayo Clinic, which can cause severe pain, especially during periods. Although Hughes-Laflamme was spending many weekends at the ER, and the pain was affecting her performance at school, she says she was told the pain was “all in my head.” She felt she was engaged in a “battle for doctors to hear my voice.”

Hers is not an uncommon story, according to the Endometriosis Network Canada. The network, on its website, says “currently, on average, it takes seven to nine years of complaining about symptoms to medical professionals to receive a diagnosis of endometriosis.” It’s easy to find news stories about women who waited years for a diagnosis. Hughes-Laflamme said she was inspired to share her story after seeing a CBC interview with a woman from Calgary whose story was very similar to her own. Erika Myers-Khan, who founded Endometriosis Network Canada, told Global News she waited eight years for a diagnosis.

Hughes-Laflamme, who grew up in Alfred and now lives in Hawkesbury, has had surgeries and been prescribed medication. While some of these treatments have been effective for a little while, she says, no cure exists for endometriosis.

The pain she experiences has affected her ability to work and live a normal life. When she spoke with The Review on Thursday, she described the pain as “seven out of ten,” and she worries about the effect her situation is having on her four-year-old son. “I’m in too much pain to move,” she said. “You have to hide it, so your kids don’t see it.”

Besides the pain, Hughes-Laflamme says she’s had to deal with feelings of frustration and helplessness. Because endometriosis is invisible to others, Hughes-Laflamme says she’s faced the judgement of people who don’t believe her. “You get treated like you’re looking for drugs,” she said.”You feel like you’ve been failed.” She is currently raising money to see a specialist in Toronto.

Now, Hughes-Laflamme says she wants to raise awareness of the disease, so that fewer women have to go through what she did. “It’s ridiculous how many of us are suffering,” she said.