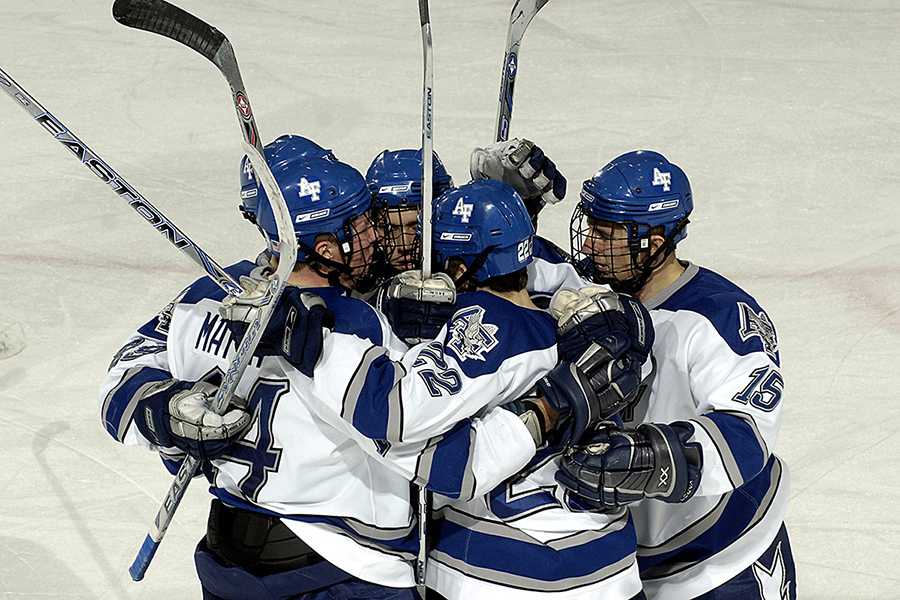 The National Capital Junior Hockey League (NCJHL) regular season end is Saturday Feb 11, 2017.
A sudden-win game will take between the St-Isidore Eagles and the Morrisburg Lions to determine the 8th-place team for positioning the quarter-final schedule.
What teams will face each other for the quarter-finals will go down to the final regular season game, Saturday, Feb 11 as the points standings are too close to predict at this point in time.
Visit www.ncjhl.com for more info.
The annual All-Star game will take place on Sunday, February 12 hosted by the St-Isidore Eagles. A skills competition will start at 5 p.m. with one player per team (8 in all) selected by players’ team coaches in each of the following categories: Fastest Skater, Shooting Accuracy, Hardest Shot and a Shootout.
The puck-drop for the All-Star game is scheduled for 7:30 p.m. The player selections for each team are the result of a pre-determined format (number of players per team by position played) and each team selects what players will be part of the rosters.
The annual individual awards will be announced and handed out between the first and second period. This much-anticipated event has historically been a great success. Fans are encourged to be part of the event by attending the game and awards ceremonies on Sunday, February 12 in St-Isidore.
(This article was submitted by Richard Charest, Director of NCJHL.)