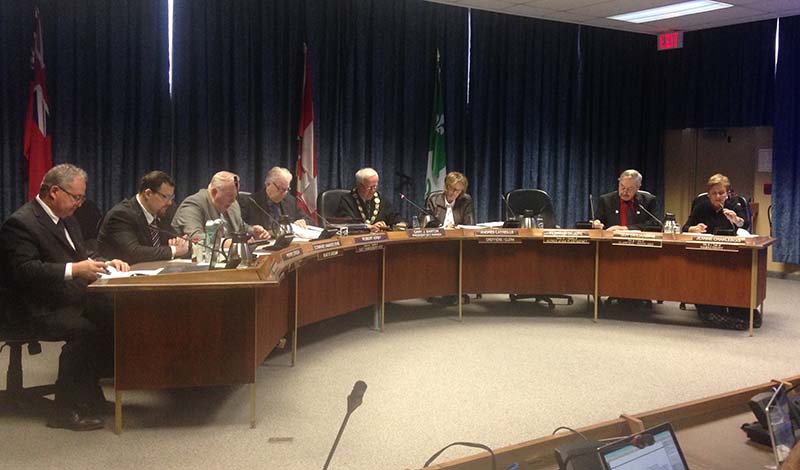 The United Counties of Prescott and Russell council.

The United Counties of Prescott and Russell council voted Wednesday in support of a new plan for Alfred campus, but specified the UCPR will not be making any financial contributions to the project.

The resolution that was approved says that the UCPR “agrees to be one of the five partners” in the project, but will “not provide any financial contribution or commitment” and “is not required to participate in the shared ownership of any buildings or lands related to the Alfred College redevelopment.”

“This is a very ambitious project, and if they can make it work it’ll be that much better for all of us,” said Gary Barton, Champlain Township Mayor and UCPR Warden.

Russell Mayor Pierre Leroux said he is only supporting the resolution because it specifically says the counties will not be giving any money to the project. “I just want to clarify that down the road, I don’t expect us to be a full partner by any means, as far as costs,” he said.

Hawkesbury Mayor Jeanne Charlebois said she is concerned the resolution could be misinterpreted in the future. “I don’t want to be sucked into something down the road, because there’s always the interpretation of the resolution,” she said. United Counties CAO Stephane Parisien said staff had “carefully crafted this resolution to protect the interests of the Counties.”

The new plan, contained in a report prepared for the Prescott-Russell Community Development Corporation (PRCDC) by consultant Christopher Rees of Suthey Holler Associates, would have the campus redeveloped as a community hub and centre for innovation, while still offering French-language agricultural education. The hub would be managed by local partners, who would also own the land and buildings. The project will depend on federal and provincial funding at first – about $5.5 million would be needed over five years for operating expenses, plus $1.8 million for capital costs. The proposal says the goal is to have agreements with those governments by March, 2017.