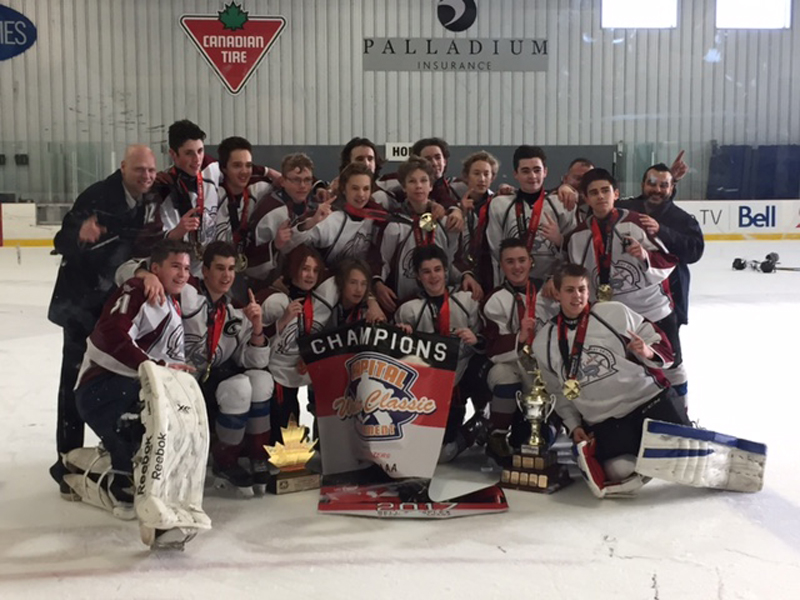 The Eastern Ontario Cobras’ Bantam Major team recently won two tournaments –  including the thirteenth annual Winter Classic presented by the Kanata Blazers, which was held January 6 to 8, where the team won every game it played. The Cobras also won the Toronto Aeros Winter Challenge, held January 13 to 15, winning five out of six games. (Submitted by Sophie Poulin).