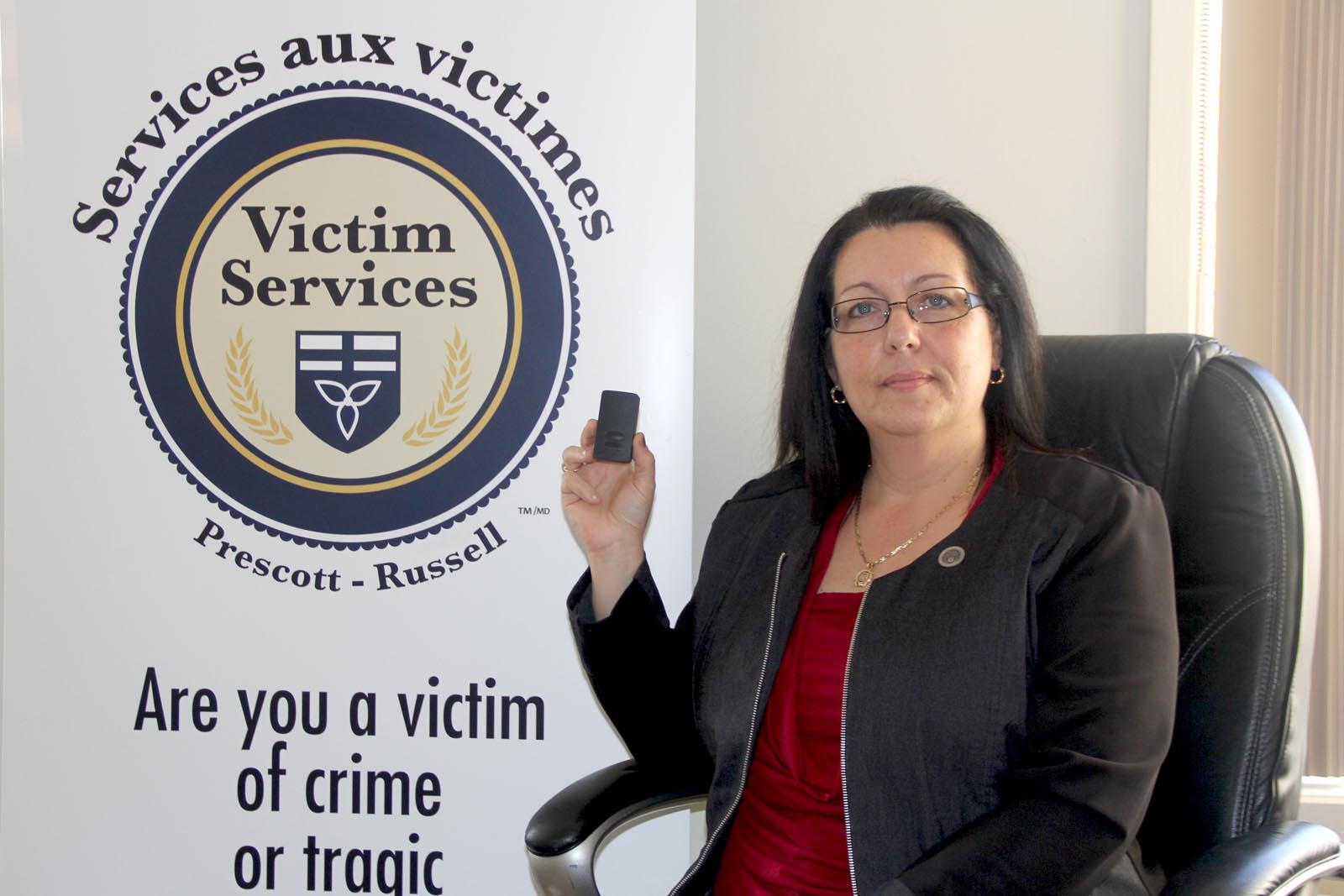 Prescott-Russell Victim Services director Linda Smith is seen here holding a mobile tracking device. These devices are provided to high-risk victims who fear for their lives. Prescott-Russell Victim Services helps people when they are at their worst. Now they need help to continue offering their services to the community. (Photo: Tara Kirkpatrick)

Education is essential to reduce crime and better assist victims

Education is another part of Prescott-Russell Victim Services mandate. Next spring it will be hosting specialized training on human trafficking. Funding for the training is being provided by the Ontario Ministry of the Attorney General as part of its strategy to end human trafficking. During the first day of the two-day course, training will be provided to police officers. On the second day, front-line workers from other sectors, including victim services volunteers, will be invited to join the training.

Timea Nagy, of “Timea’s Cause Inc.,” will lead the training sessions. Nagy is a former sex worker, turned advocate who specializes in human trafficking. She is the former executive director of the “Walk with me foundation,” which shut down in 2014 due to budget cuts.

“Timea will use the resources that we have in our community and make it specific to how we can all work together. We will be building a community-based victim services model that is specifically designed for victims of human trafficking and which uses existing services in our community,” said Smith. She says that this is the first training of its kind to be offered in Prescott-Russell.

How you can help

Money and volunteers are needed to ensure that Prescott-Russell Victim Services can continue its mandate to help others. To volunteer, you are required to be over the age of 19, to have a valid driver’s license and to pass a criminal background check. Free crisis intervention training is provided by the Ontario Ministry of the Attorney General.