Bus driver Norm Kranz honoured for his actions after crash 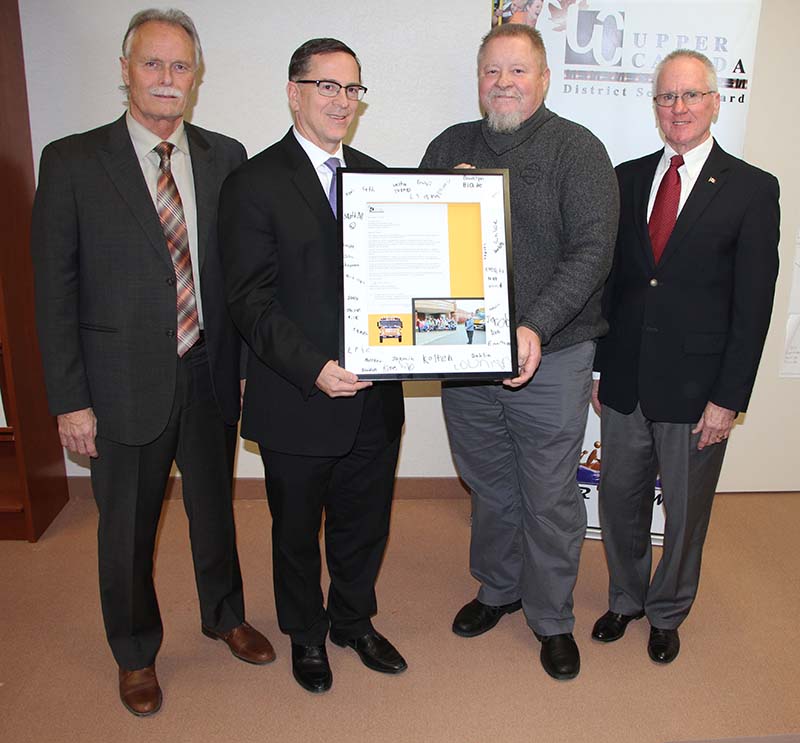 Bus driver Norm Kranz helped students involved in a serious bus accident October 24 near Addison.The bus was struck by a tractor as it traveled along Dixie Road. Thirty-four students from Meadowview public school in the Upper Canada District School Board were on board when the force of the collision spun the bus and caused the vehicle to turn on its side. Kranz provided steady leadership to the kids some of whom had been injured. He ensured students followed evacuation procedures and even used an axe to chip away at the road bed to free a child from the overturned vehicle. Later, Kranz declined medical attention until all of his students had been cared for. The next day he was back on his route to reassure students following the accident. The Board presented Kranz with a framed picture of the driver and the students on his bus. The frame also contained a letter of commendation from Chair Jeff McMillan, and the mat surrounding the photo bore the signatures of all students riding on the bus. Kranz is a driver for Howard Bus Service in Athens.