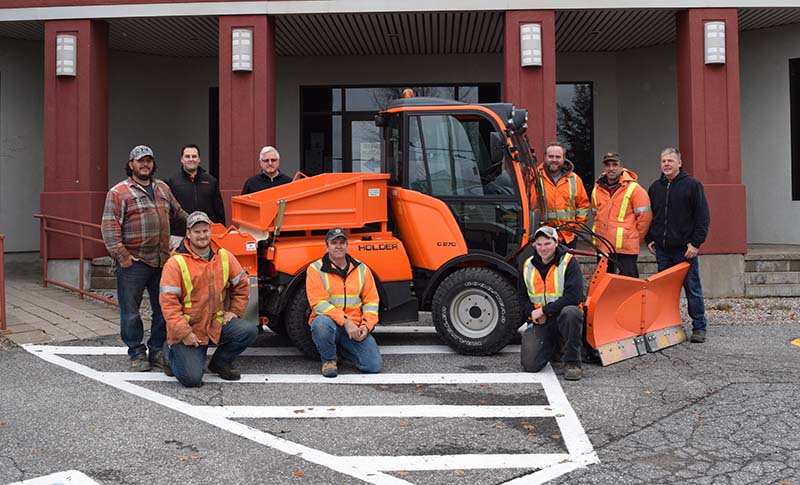 Champlain Township’s new little orange tractor was imported from Germany, but there’s a local connection: attachments for the tractors, like sweepers, shovels, and salt spreaders, are manufactured right here in Vankleek Hill.

Metec Metal Technology Inc., which has an official partnership with Holder Tractors, designs and manufactures attachments for the tractors. The company has been doing so since 2009, says Metec owner Christian Walz, and about 60 per cent of the company’s time is spend manufacturing and designing the attachments, with most of Metec’s approximately 20 employees involved in the process somehow.

Holder tractors are popular in Eastern Ontario and Western Quebec, says Walz, with more than 100 in operation in local municipalities, including Montreal, and 3,000 on the roads across North America. Walz says the tractors are perfect for clearing snow in hard-to-navigate spaces. They’re also comfortable for the driver, who might spend up to eight hours straight inside – they have heated seats and are ergonomically designed, said Walz, and are are safe on slippery winter roads.

Walz says the company is focusing on having more and more Holders used locally. He was there to help deliver Champlain Township’s first to the municipality’s public works department earlier in November. But, “Champlain Township is definitely a place where they could have two machines operating,” he says. The tractors usually last about a decade, and Holder has a maintenance department in Embrun. Walz said he hopes the brightly-coloured tractor will bring a smile to people’s faces this winter. “We do know that the children really love this very unique-looking tractor,” he says. 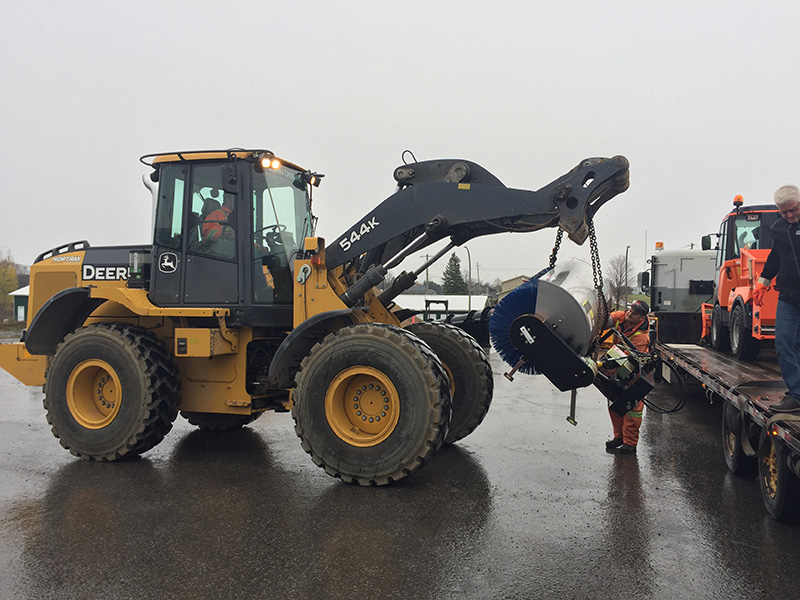 An attachment for Champlain Township’s new tractor is unloaded at the municipal garage near Vankleek Hill. (Anysha Chenel photo)