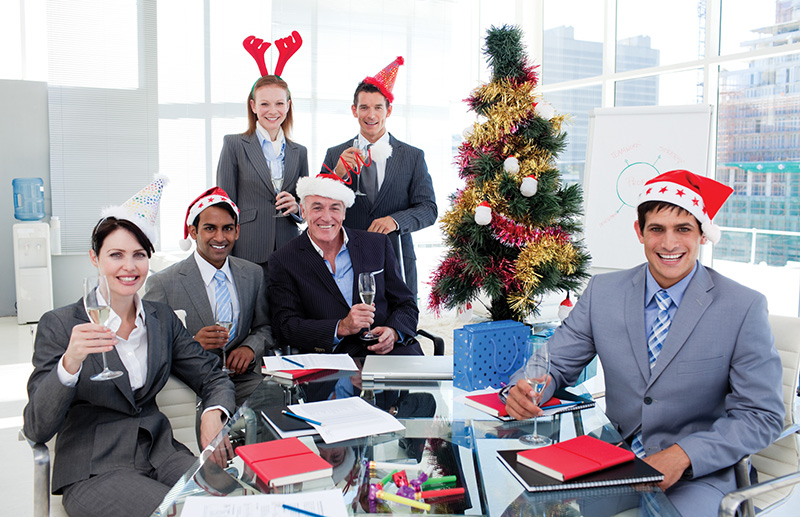 This is always a fun time of year with plenty of food, friends, and often open bars provided by friends and employers. That was certainly the case a few years back when a woman became drunk at her office holiday party, drove home in a storm and was involved in a horrific crash that rendered her brain-injured and totally disabled. Her name was Linda and she worked at a real estate brokerage in Barrie. Chances are you have heard of the case because it attracted national media coverage.

Many people found it hard to believe that a “drunk driver” could sue her employer for becoming drunk at an office party and then injuring herself in a car crash.

What was missing from the coverage was the fact that Linda was a receptionist and was working during the office party, which started in the afternoon. Her boss allowed workers to consume alcohol in the workplace, without any control or oversight. They had a casual self-serve open bar scenario. Other employees noticed Linda had too much to drink before she left in her vehicle, yet her boss thought she seemed fine.

The Judge ultimately found in Linda’s favour, however, he also found that she was 75 per cent responsible for her own actions. In other words, she would only recover 25 per cent of her damages as determined by the trial Judge. The case settled after the Court of Appeal ordered a new trial on the basis that the Judge erred in discharging the jury from the case.

HOW TO MAKE OFFICE AND HOME PARTIES SAFER

Office and house parties should be held in a safe environment, especially if there is an open bar. If it’s a work party, hire professional staff to serve alcohol and hold your party at a place that is in the business of hosting parties. If you offer an open bar at a holiday party, take the extra step and provide free taxi travel to everyone. This has become easier and more affordable with taxi services such as Uber. There is no reason to drink and drive, especially if everyone has free access to a taxi ride home.

Drinking and driving is a persistent social problem that peaks during the holiday period. Employers and private social party hosts must do their part in protecting their employees, friends, family and the public if they are going to introduce alcohol into a social gathering.