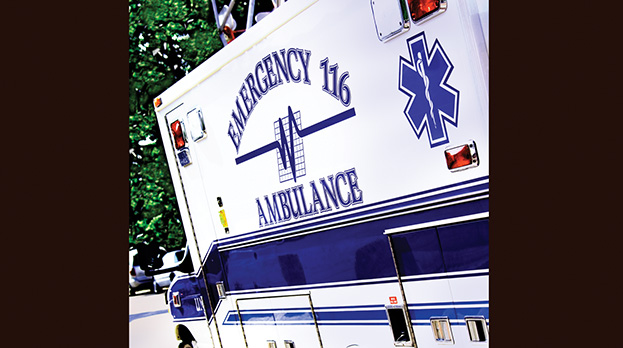 Last week at the United Counties, Michel Chrétien, director of emergency services, presented a report about the number of ambulances sent to Ottawa by the United Counties of Prescott and Russell (UCPR). It’s not new that the counties are required to send ambulances into other municipalities as needed, and vice versa. But last December, a payment agreement between Ottawa and Prescott Russell expired, and Ottawa doesn’t want to renegotiate, and it’s not required to – meaning Ottawa isn’t paying for the ambulances sent by Prescott Russell to emergencies in the city.

Chretien calculated each call costs $649, meaning Ottawa received more than $400,000 worth of ambulance services for free from the United Counties over nine months in 2016. That’s not an insignificant amount of money for the UCPR council, which recently cut $775,000 from its draft budget for 2017, affecting public works projects and the Prescott Russell Recreational Trail. To a lesser extent, UCPR ambulances are also responding to calls in Cornwall in Stormont, Dundas, and Glengarry.

Prescott and Russell isn’t the only region with a problem with Ottawa. Renfrew County is also sending ambulances into Ottawa, and no longer has a payment agreement with the city. Renfrew’s director of emergency services, Michael Nolan, is quoted in a story in The Daily Observer: “We have attempted to work with Ottawa to address this issue, and have received notice that they will not be entering into discussions with their neighbours,” he said. To attempt to come to an agreement, UCPR staff and council members have met with and spoken with Ottawa staff, contacted the Eastern Ontario Warden’s Caucus, and even brought up the issue with Premier Kathleen Wynne during her recent visit to the area.

Ottawa’s need for outside ambulances had been increasing in recent years, so much so that Mayor Jim Watson called it an “emergency” last February, according to the Ottawa Citizen. The emergency was perhaps predictable: according to the CBC, between 2011 and 2016, Ottawa didn’t add any paramedics, but in the same period, ambulance calls increased by almost six per cent per year. There are now plans to hire more paramedics over the next few years.

That’s good news for the residents of Ottawa, but it could still leave Prescott and Russell and other municipalities around Ottawa on the wrong side of an unbalanced situation. Ottawa should negotiate payment agreements with its neighbours, so that each municipality pays for the services it uses. That way, in the years to come, no municipality will be in the position of subsidizing another. Refusing to negotiate is unfair, especially since it’s so obvious how, as Watson told the Ottawa Citizen, rural communities “are being short-changed.”