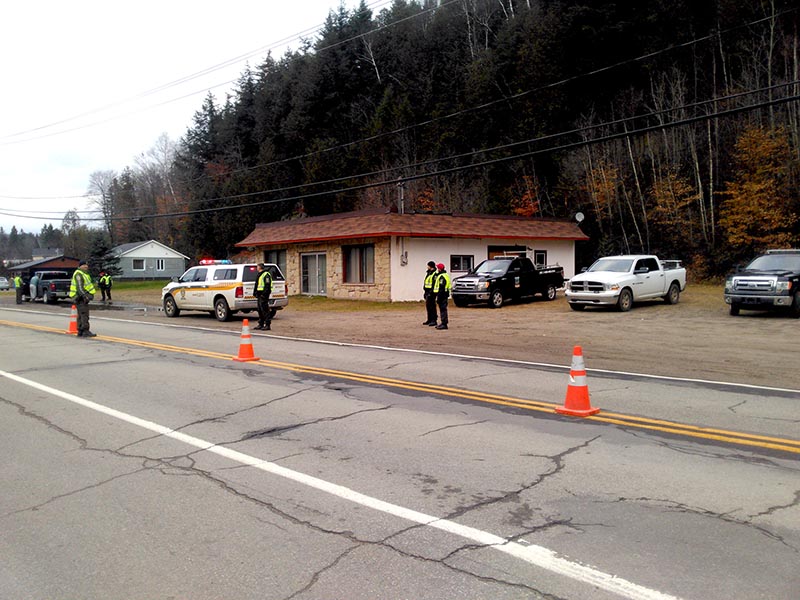 Road blocks were set up in Grenville-sur-la-Rouge and in Brownsburg-Chatham on November 5 and 7 as part of an annual campaign to address hunting violations. The joint operation was conducted by five officers from the Sûréte du Quebec and six game wardens from Quebec’s Wildlife Protection Service (Service de la protection de la faune).

Road blocks were installed on Highway 327, in Pine Hill and on Avoca Road, in Grenville-sur-la-Rouge.

During the first day of the operation, 300 vehicles were stopped and 81 were inspected. As a result of these inspections, two people were arrested in relation to charges of possession of narcotics and the negligent storage of a firearm. Police also issued two tickets for Highway Safety Code violations.

On November 7, agents stopped 100 vehicles at the two check points and conducted 51 inspections. This resulted in two arrests in relation to possession of narcotics for the purpose of trafficking and the seizure of firearms.