The Brigadoons performing in Maxville on November 13 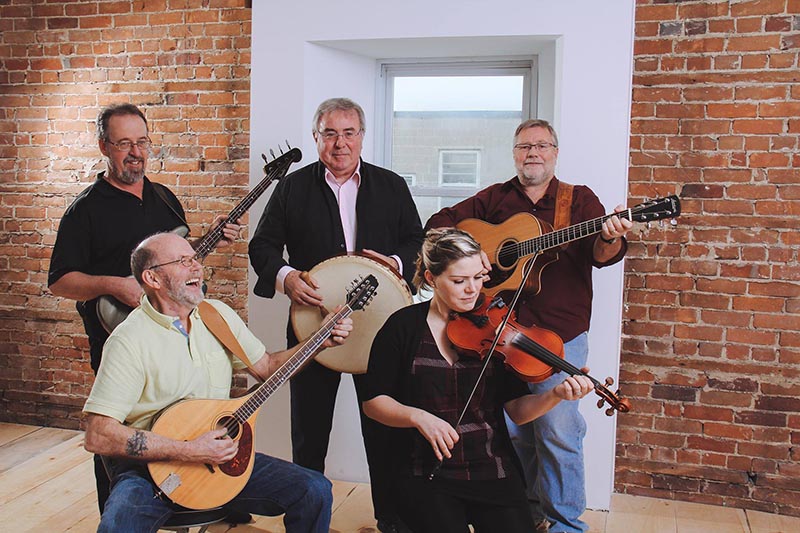 On Sunday, November 13, at 2 p.m., the Brigadoons will be performing at the Metcalf Centre’s Angus Gray Hall, in Maxville. (Submitted Photo)

On Sunday, November 13, at 2 p.m., the Brigadoons will be performing at the Metcalf Centre’s Angus Gray Hall, in Maxville. The Brigadoons, who have been performing for more than 45 years, deliver a special brand of Glengarry Celtic music that has its roots in the region.

In 1972, Bill LaSalle, a local reporter at the time, said that the Brigadoons “have that unique ability to bring a tear or a beaming smile to the faces of true or adopted lads and lassies.”

The Brigadoons band was formed in the 1960s by Newfoundland native Rob Taylor, who had moved to Cornwall to teach at Saint-Lawrence College. Taylor began playing the accordion when he was seven years old and he wanted to share his love of music with his adopted home. With the support of his wife, Irene, he gathered four of the local lads, Bob Burnie, Guy Leroux, Brian McDonell and Jamie Wood. They formed the group, which Irene named “The Brigadoons.” During the early years, The Brigadoons performed at the Bonnie Glen, the Hub, the Atlantic Hotel and other night spots in the area.

The group was a hit. The area was ready for their peppy brand of Celtic music and they played to full houses that kept the crowd on the dance floor for the entire night. As the Brigadoons gained in popularity, they began to perform shows at the National Arts Centre and the Centrepoint Theatre, in Ottawa. They went on to accompany the MacCulloch Dancers worldwide and played at EPCOT Center for ten consecutive years.

Over the years, a variety of musicians joined the band. Artists such as Denis Carr, Rick Linke, Gerry Lefave, David Wright, Paddy Kelly, Shelley Downing, Jack Smith, Luane Doyle Ashley MacLeod and Bonita Leblanc played with the band. In addition to performing locally and worldwide, they also took time to make CDs and to play for fundraising events such as St- Raphael’s Ruins and other local causes. Rob and Irene also composed two tunes which have become fan-favourites, including “The Burning of St Raphael’s” and “Heather,” their first recorded venture.

When Rob decided to retire from the group, Denis Carr took over the reins. He is now proud to say that he is the longest-standing member of the group. On November 13, today’s Brigadoons , Dan Leroux, Reg Portieous, Denis Carr, Ashley MacLeod and Paddy Kelly, will take the stage to say thanks to their fans. Founder, Rob Taylor and other past members of the group will be there as well. The Brigadoons’ sustained popularity over the past 45 years is a tribute to the talented musicians who have been part of this band. They can still bring a tear or a smile to the faces of their loyal fans.