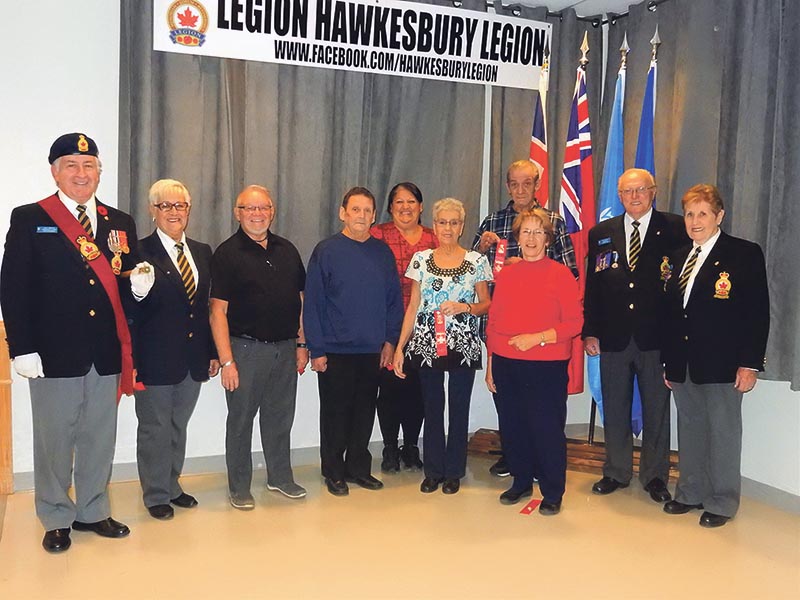 The Hawkesbury Branch 472 of The Royal Canadian Legion is pleased to announce eight new members were initiated into the branch on October 17. At the same meeting, Branch President Marvin Ward gave a certificate of appreciation to Mr. Claude Lalonde for his many years of service to and support of the branch.

Hawkesbury legion member Claude Lalonde was given a certificate of appreciation at the legion’s October AGM for his many years of service. (Submitted photo).