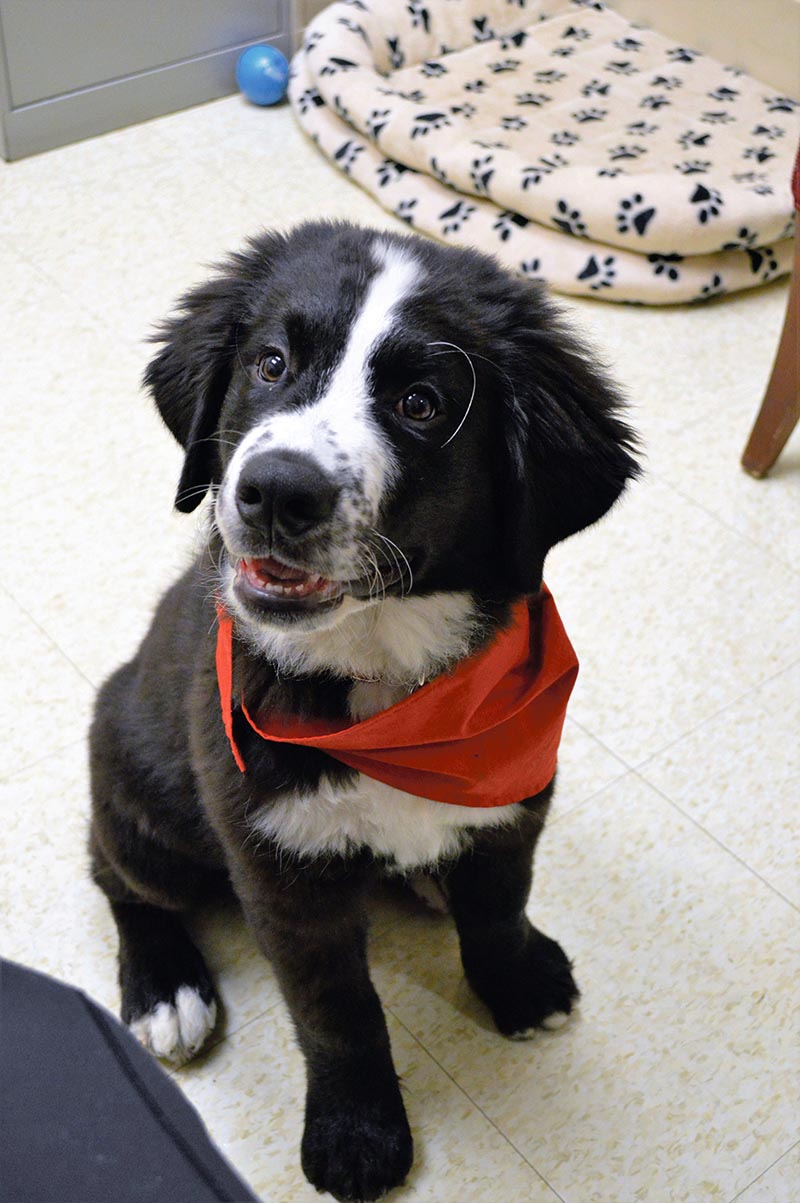 Le Sommet in Hawkesbury is welcoming a new student! Perlin is one of many Mira Foundation puppies in training to be a service dog. Perlin is a Labernese, which is a cross between at Labrador Retriever and a Bernese Mountain Dog. He is at Le Sommet to learn to be around a lot of action, and to learn the basics of being a service dog. Social worker Jonathan Poulin is the one that is taking care of Perlin. The Mira Foundation is a not-for-profit organization that helps people with motor or visual disabilities and children with autism spectrum disorder (ASD).  This puppy among others will be going into further training as he gets older. After 14 months of being in a foster home he will head back to Mira’s Foundation for training. Le Sommet has had three Mira puppies like Perlin pass through its doors.