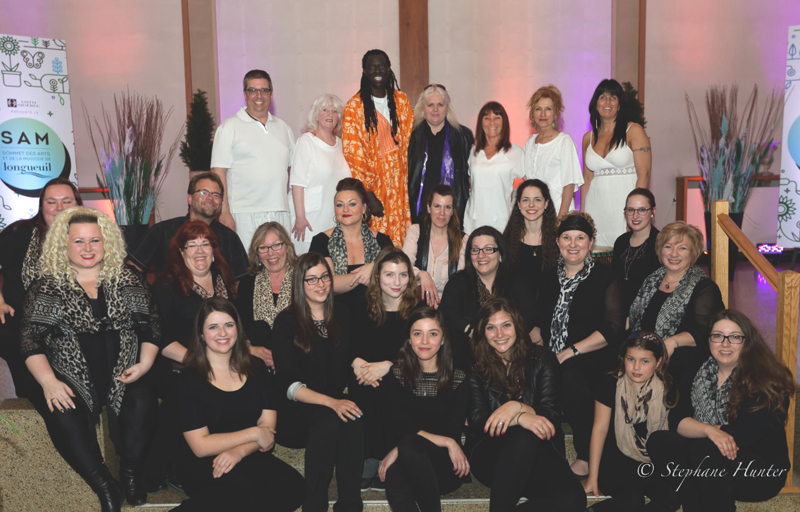 The Chorale Canadienne Sensation choir from Hawkesbury will be singing a song of success on November 17, when then perform at the Bell Centre in Montreal. The group will be accompanying Gregory Charles and Marc Hervieux. The performance starts at 8 p.m. and tickets can be purchased through the Bell Centre.

Chorale Canadienne Sensation was formed nearly 20 years ago and is composed of around 30 singers from Hawkesbury and surrounding areas. They practice every Wednesday at the Saint-Jean Baptiste Catholic Elementary School, in L’Orignal. The French language choir is open to everyone, including children. Professional voice teachers are brought in to assist with the regular practice sessions.

In 2014, the choir was asked to sing at the 30th anniversary celebrations that were held in Montreal for the Cirque du Soleil. These performances represented a turning point for the choir, said choir spokesperson Mariette Lafrance.

After performing for the Cirque du Soleil, the Chorale Canadienne Sensation was asked to twice represent Canada in performances held in Las Vegas. The group toured with Etienne Drapeau on both occasions. They have also performed at the Casino de Montreal and have accompanied artists including Marie Mai, Marie-Elaine Thibert, Sylvain Cossette, Marc Dupré, Gregory Charles, Styx, and others.

The choir also performed at the 350th anniversary celebrations for the City of Beauport.