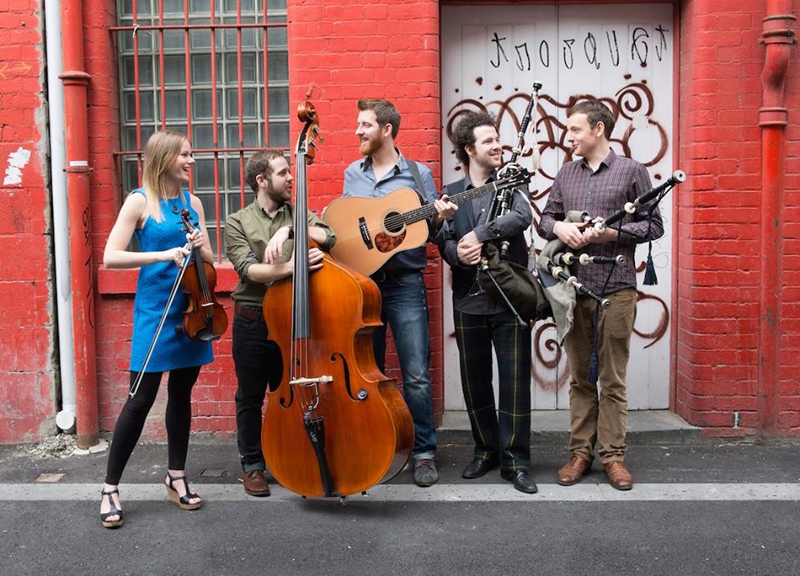 Breabach to perform September 17, in Maxville.

“Big music in a little place,” is the tagline for the “Ontario Festival of Small Halls,” which aims to pair buildings rich in cultural history and strong acoustics with equally vibrant music.

On Saturday, September 17, at 7:30 p.m., the Festival of Small Halls will be shining its light on Maxville. Scottish five-piece band Breabach will be delivering what they bill as “a unique brand of contemporary folk music that has earned them international recognition on the world and roots music scene as one the United Kingdom’s most dynamic and exciting bands.”

Breabach has spent the last five years touring the globe. In that time they have released five albums. The Scots Trad Music Awards voted them “Best Live Act 2013” and “Best Folk Band 2012.”

The band combines strong vocals with a combination of pipes, whistles, bouzouki, guitar and bass. Breabach will be accompanied by highland dancers from the “Change of Step” dance troupe. Dancers will perform original choreography rooted in Scottish tradition.

The performance will take place at the St.James Roman Catholic Church, located at 14 Catherine Street, East, in Maxville. The St-James Roman Catholic Church was constructed in 1909, using hand-made cement blocks. Workers pushed to have the church completed by December of that year, so that it could be used for the Christmas Eve Mass. The first service was lead by Father Ranald MacDonald, who named the church after his father. It’s been 107 years since then and St-James remains a vital part of Maxville, which celebrated its 125th anniversary earlier this year.

Tickets to the September 17 concert and highland dancing performance cost $25. They are available for pre-purchase at the Maxville Home Hardware, located at 15 Main Street. You can also purchase tickets online at www.thefestivalofsmallhalls.com, or by calling 613.791.3476. Space is limited and you are encouraged to purchase tickets in advance.