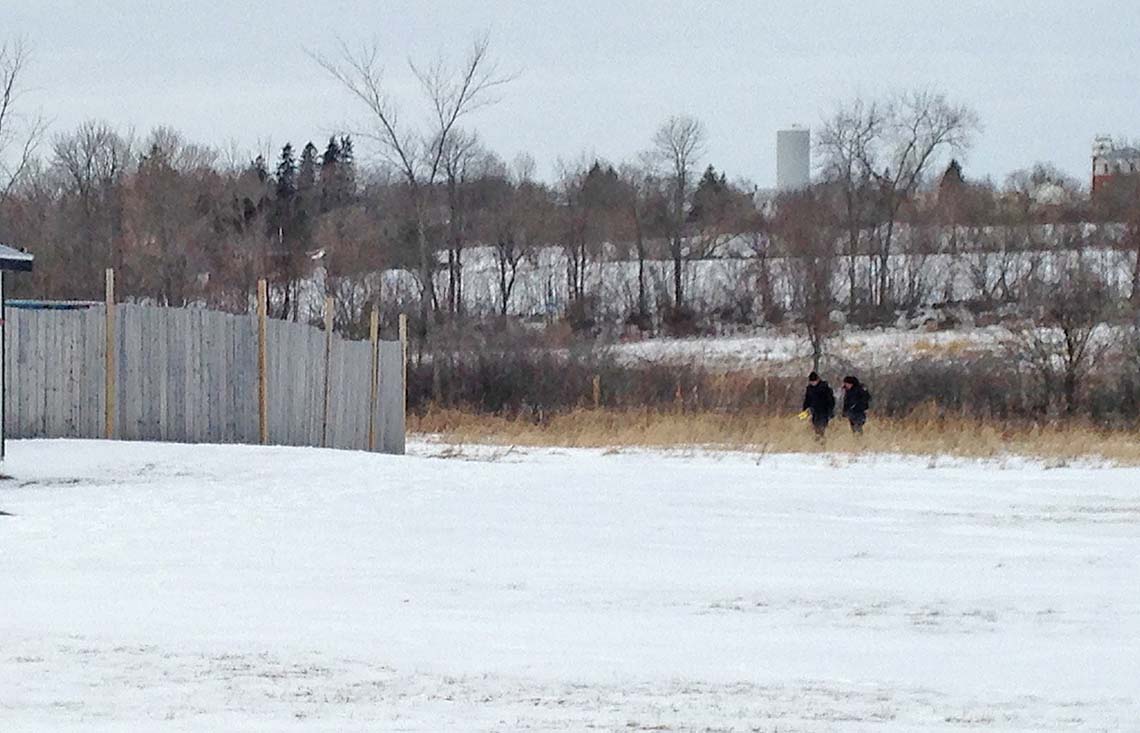 Police outside Rouleau’s building on Terry Fox Drive in February.

Jacqueline Rouleau, who spoke with The Review last February after being charged for growing marijuana in Vankleek Hill, has been charged again with similar crimes.

Police say Rouleau, 41, was charged with producing marijuana in Alfred Plantagenet on August 4. Several OPP units, including the East Region Emergency Response Team, acted on a search warrant in the municipality, and allegedly found marijuana plants and clones. The plants had an estimated value of $230,000, police say. They also seized marijuana production equipment, according to an OPP release.

OPP spokesperson Mario Gratton says Rouleau is the same person who was charged for growing marijuana in Vankleek Hill last winter. Then, police say about $200,000 worth of marijuana plants were found in Rouleau’s building on Terry Fox Drive. They also accused Rouleau of stealing electricity from Hydro One.

Gratton said the alleged grow-op in Alfred-Plantagenet was partially outdoors. Rouleau was at the location when police arrived, and was arrested immediately, he said.

Police vehicles outside a building on Terry Fox Drive in February. Jacqueline Rouleau, of Hawkesbury, was later charged after police say about $200,000 worth of marijuana was found inside.

“I’m not backing down”

Rouleau, speaking with The Review in February, did not deny growing marijuana in Vankleek Hill. “I’m going to fully admit, I had a hundred marijuana plants,” she says. “I never sold marijuana locally. I donated the marijuana to HIV patients, cancer patients, and people with fibromyalgia.” She described herself as an advocate for medical marijuana, and said she was sure she wouldn’t be convicted. “I’m sure if you go to a party, you see people smoking marijuana. I go to a golf party, I see people smoking marijuana,” she said. “I’m not backing down.”

Rouleau said she called 911 when her building, where she was sleeping, was broken into and she was assaulted, an experience she called “horrific.” She said police officers who responded could smell marijuana and later came back with a warrant for the building. Gratton said the police haven’t arrested or charged anyone in relation to the alleged robbery.

The original charges against Rouleau have not been dealt with yet by the court, said Gratton. Her next court appearance is set for September 27.