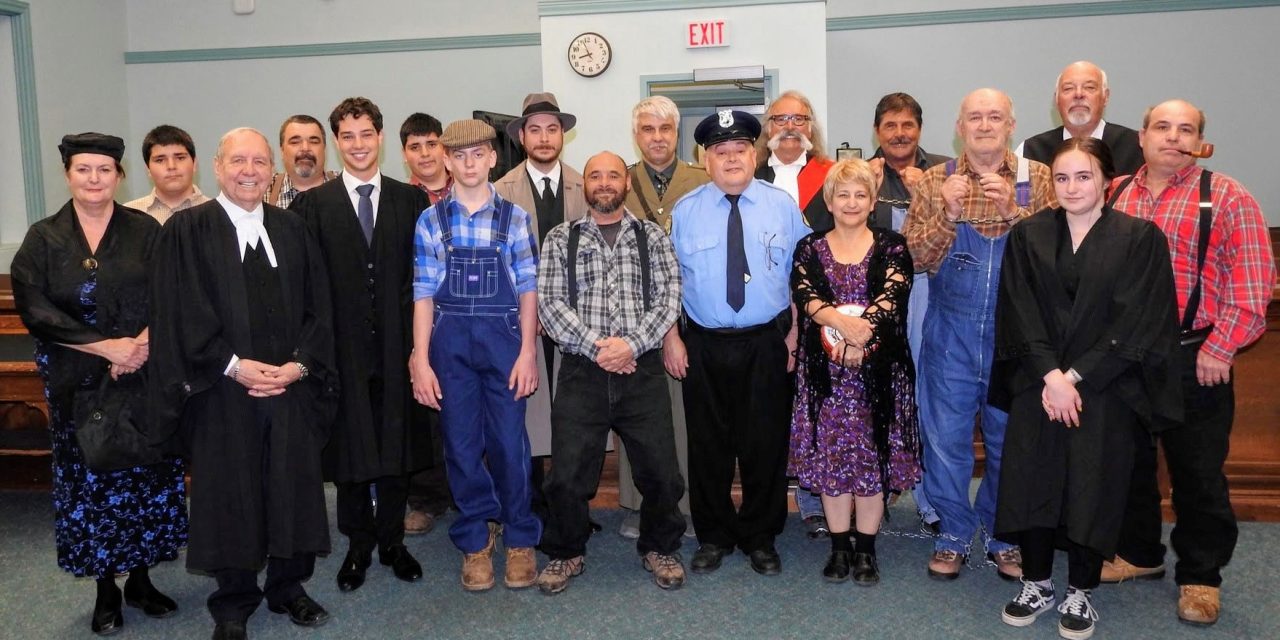 Local French-language theatre group La troupe des non-coupables (The Not Guilty Troop) is looking someone to play the part of a detective in its upcoming rendition of La Dernière Pendaison (The Last Hanging). This photo is from the 2019 performance of the play. Submitted photo

Looking to spread your wings in local theatre? French-language theatre group La troupe des non-coupables (The Not Guilty Troop) is looking someone to play the part of a detective in its upcoming rendition of La Dernière Pendaison (The Last Hanging).

The play about the last two hangings at the L’Orignal Jail has been performed annually by the troupe since 2009 – with the exception of the last two years. All of the ticket money from the performances is given back to the community. La troupe des non-coupables has raised a total $69,500 for local charity groups.

As members of the troupe are getting older, cast members have changed over the years and the upcoming performance is in need of a bilingual actor to play the part of a male detective. Someone who is fluent in both official languages, but whose main language is English would be perfect for the part. The troupe wants to find a candidate quickly, as rehearsals will begin soon for 2023 performance.

“We want to cast now,” said Guy Rouleau, of La troupe des non-coupables, explaining that the role is that of a detective called in from Toronto.

The part requires 20-25 minutes of on-stage time for the actor chosen for the role. A total of 16 actors are involved in the performance – all volunteers.

“No prior theatre experience is required,” Rouleau assured. “Only a willingness to work in a group setting. “

La Dernière Pendaison is both set and performed at the former L’Orignal Jail. It is based upon the cases involving the last execution, which took place at the jail in 1932. The play was written in 1989 by Rouleau – who formerly worked as an interpreter at the L’Orignal courthouse – and local defence attorney Ian McKechnie.

The performance scheduled for the spring of 2023 is planned to be the final one for La troupe des non-coupables, and is expected to allow the group to reach its goal of raising a total of $75,000 for charity through the multiple performances over the years.