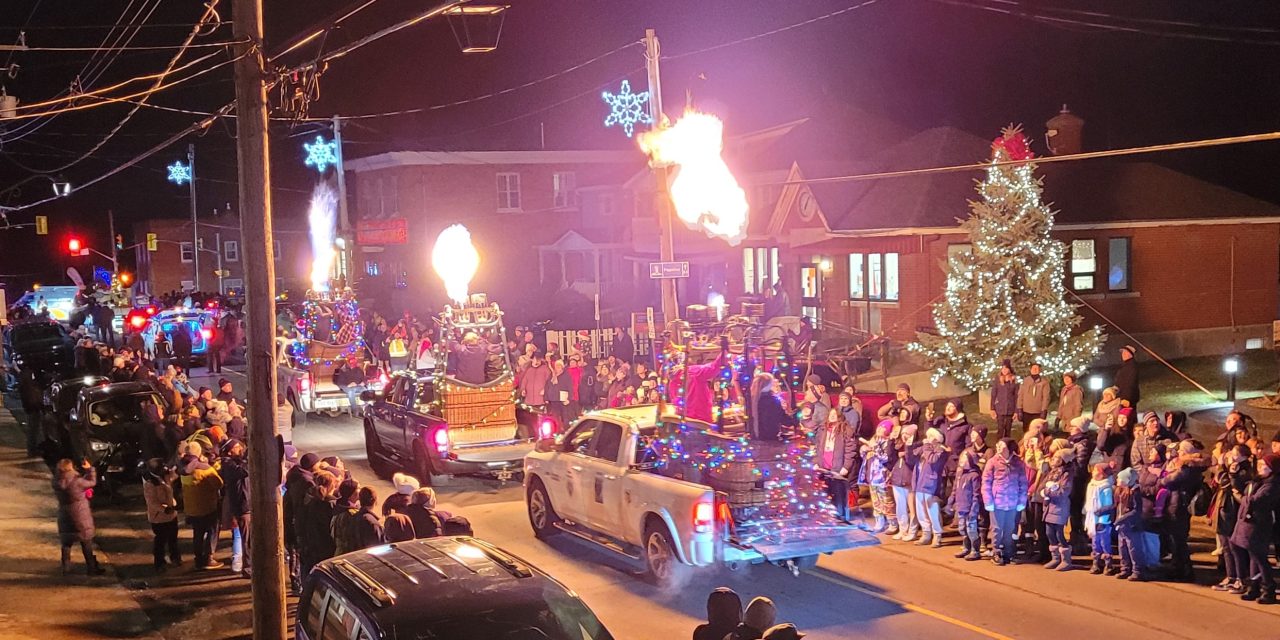 The Champlain Christmas Parade was a smash hit on Friday (December 2) in Vankleek Hill.

A total of 43 floats took part in this year’s Christmas parade, which was organized by Champlain Township. Events began at 6:30 p.m., with a tree lighting at the park beside the Vankleek Hill post office.

The parade wound through the village, departing from Vankleek Hill Collegiate Institute, proceeding north on Highway 34 to Perreault Street, and then travelling east on Perreault to Home Avenue. From there, the parade followed Home Avenue to Stanley Avenue, running along Stanley Stanley until turning west onto Higginson Street. The parade followed Higginson Street, went left onto Derby Avenue, then turned west onto Main Street. Crowds gathered along the full parade route, with the largest crowds on Main Street.

A municipal float lead the parade, with Champlain Township Mayor Normand Riopel waving to the hundreds of people lining the streets. Santa Claus was at the end of the parade, with 41 other floats between the two.

Another busy spot in Vankleek Hill was The Review offices on Main Street, where children were able to write their letters to Santa Claus. More than 70 children visited The Review to submit their letters.

A Christmas craft time was offered at the Champlain Public Library, and The Creating Centre was popular as a place to warm up and use the washrooms. Volunteers from the Vankleek Hill Food Bank at 124 Main Street East. were busy serving hot chocolate during the parade as their way of thanking the community for its support.