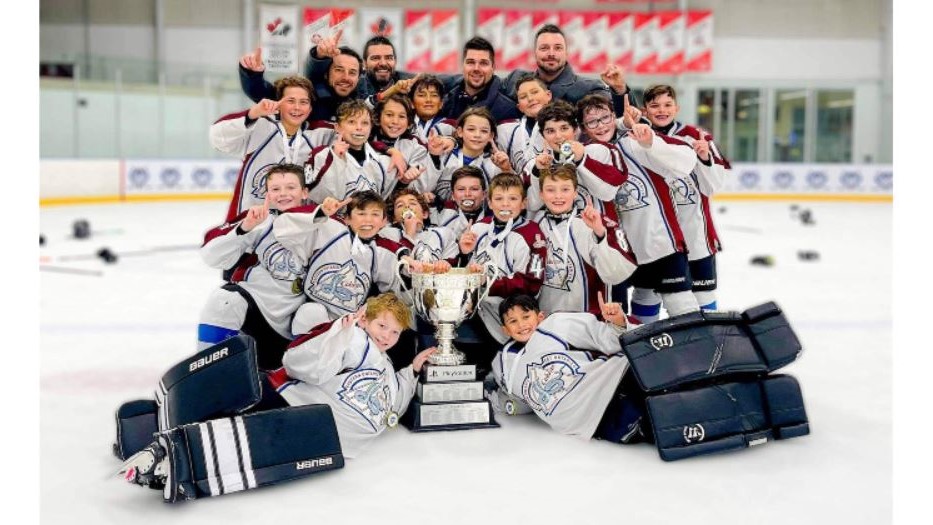 The Eastern Ontario U11 Cobras were the winners of the AA Division at the Playstation Hockey Tournament, held in Toronto last weekend (November 24-27).

The tournament, which was sponsored by the Toronto Maple Leafs and the Greater Toronto Hockey League, was held at Scotiabank Pond in Toronto. There were eight teams in the AA category.

The Cobras opened the tournament Friday with a 3-1 win and then a tie. On Saturday the local team earned two back-to-back victories, which qualified the Cobra U11s for the final round. On Sunday in the semi-final against the Scarborough Bruins, the representatives of Eastern Ontario won 6-3.

The final against Faustina’s Toros was an exciting game. The score remained 0-0 until the end of the second period, when the Cobras scored their first goal of the final. The players never gave up and were determined to lift the cup at arm’s length. The final game of the tournament ended with a 2-0 win for the Cobras.

It’s good teamwork that has allowed the Cobras to access top honors. Coach Karol Thibodeau is proud of his players, commenting that it was a very nice tournament and very well organized.

The young players on the Eastern Ontario U11 Cobras had a lot of fun meeting former Toronto Maple Leafs players, including Wendel Clark and Doug Gilmour, as well as playing Playstation between games. The Cobras U11 team would like to thank all of its sponsors.