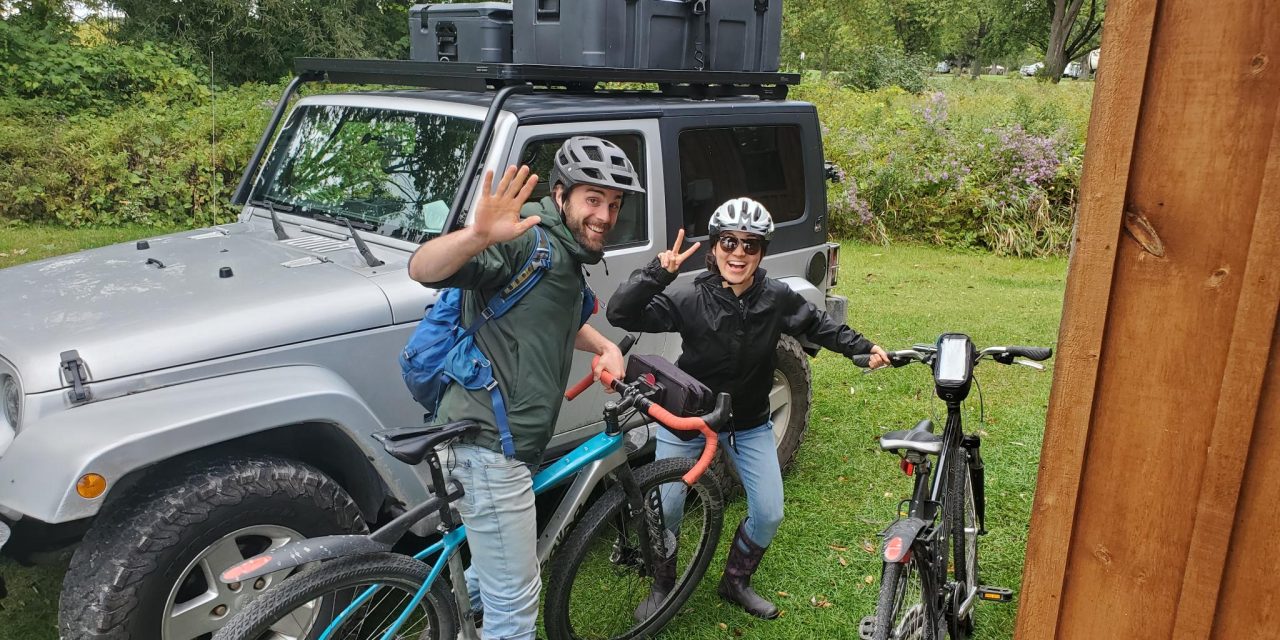 A love match has been struck in the United Counties of Stormont, Dundas and Glengarry (SDG Counties).

On August 5, SDG Counties launched the ‘Date My County Contest’, with the goal of attracting more workers to the rapidly expanding region, which borders Québec and Ottawa. The response was overwhelming.

Despite the fact that the contest was only open to Canadian residents, people from around the world began applying. They shared their dreams of a better life in a country they described as being a dream place to raise their families and start over.

“It felt like, suddenly, every part of the world knew where SDG Counties was. We began receiving applications from Mexico, Iraq, Switzerland and Hong Kong. We had numerous applications from the Middle East and as far away as Egypt and India,” said SDG Counties Manager of Economic Development Tara Kirkpatrick, who served as project coordinator for the contest.

Applications poured in from across Canada and included every walk of life, from physicians and journalists to students and retirees. Many of the applicants spoke about the rising cost of living in the cities they currently called home and their dreams of living a different life.

Small children voiced their dreams of having puppies and backyards to play in. Young professionals spoke about starting their careers in SDG Counties and finding their place in the world.

“A total of 177 applied to the contest and they all shared the same sentiment of yearning for this opportunity to start afresh and launch an adventure. For many of them, this contest represented hope for a better life,” said Kirkpatrick

The chance to live rent free

With the launch of the ‘Date My County’ contest, the county offered up the true Canadian dream: the chance to live virtually rent-free in a bustling region that has plenty of jobs and strong living conditions.

“The goal of the Date My County campaign was to showcase the region to young families and working professionals who might want to relocate to the region. I think we can safely say that we hit that benchmark,” said SDG Warden Tony Fraser.

As part of the contest, applicants were asked to submit a one-minute video and a brief, 50-word essay explaining why they should be selected. The winning applicant will act as a brand-ambassador for the Counties for a year and will be asked to journal about their experience in twice-monthly blog posts shared to the Counties social media pages.

In return, the winner will receive up to a maximum of $1,500 per month, for up to 12 consecutive months, towards the cost of accommodations spent living in SDG Counties for the year that the contest runs.

Picking a winner was not easy

Picking a winner was no simple matter, but ultimately one application simply stood out. Time and again, the Committee of Council tasked with the job of picking their brand ambassador came back to an application submitted by Emily Tohana and her partner, Michael Bricteau, of Montréal, Québec.

In their submission, Tohana wrote “originally from Whitby, Otario, and Rosemere, Québec, we’re now coming to you from Montreal! With family on the borders of Ontario and Québec, and familial roots in Glen Roy, – back through René & Carmel Roy, – we would be honoured to have the opportunity to settle-in and show-off SDG.”

Emily and Michael’s video submission was largely filmed on location in SDG Counties during a family vacation earlier this year and it truly showcased their love of life and adventure.

Emily Tohana has a background in therapeutic recreation and music care. She grew up immersed in music – singing, playing guitar and being involved in choir and community musical theatre. Emily says she relished connecting with others through song and enjoys working alongside people with disabilities, including developmental, acquired brain injuries and dementia. She is eager to complete her Music for
Young Children Certifications next so that she can pass on the joy of making music in others lives.

Goal to cycle across Canada

Although you might not guess it from her current remote role within an international consulting company, Emily is an active nature-lover and explorer. A goal of hers is to cycle across Canada, using the approximate route that her own Mom and Aunt took from Green Valley, Ontario in 1980.

The way to Emily’s heart is raw, organic fruits and vegetables. Turn them into a meal, and her heart is stolen; just ask her partner Michael, who described himself as an unbroken optimist and adventurer.

“Michael learned the best way to be picked up hitch-hiking was to write “elsewhere” on your sign. His big smile and that sign carried him around some of his travels in Belgium, Germany, Netherlands, France, Portugal, Spain, Switzerland, Austria, Luxembourg, Italy, Czech Republic, Hungary, Romania, India, UK, USA east coast, Mexico, Costa Rica, Cayman Islands, and Panama,” said his partner, Emily.

As Operations Manager of a moving company, Michael says that he enjoys wearing many hats to support his team. Michael enjoys being outdoors and on-the-move, so it’s no wonder he’s working on his certification to become an arborist.

“He often prefers the alternative to the conventional, so chances are you’ll catch him cycling across the city in -30C snowstorms, humbly mastering one-armed pull-ups or training on the monkey bars,” said Emily.

As a team, Emily and Michael will act as SDG Counties new brand ambassadors. Due to previous work commitments, they have committed to “dating” the county for a few months before moving to the region next year. They are excited to explore the area, which could one day become their forever home.

A copy of Emily and Michael’s video submission is available here: https://vimeo.com/765506922.