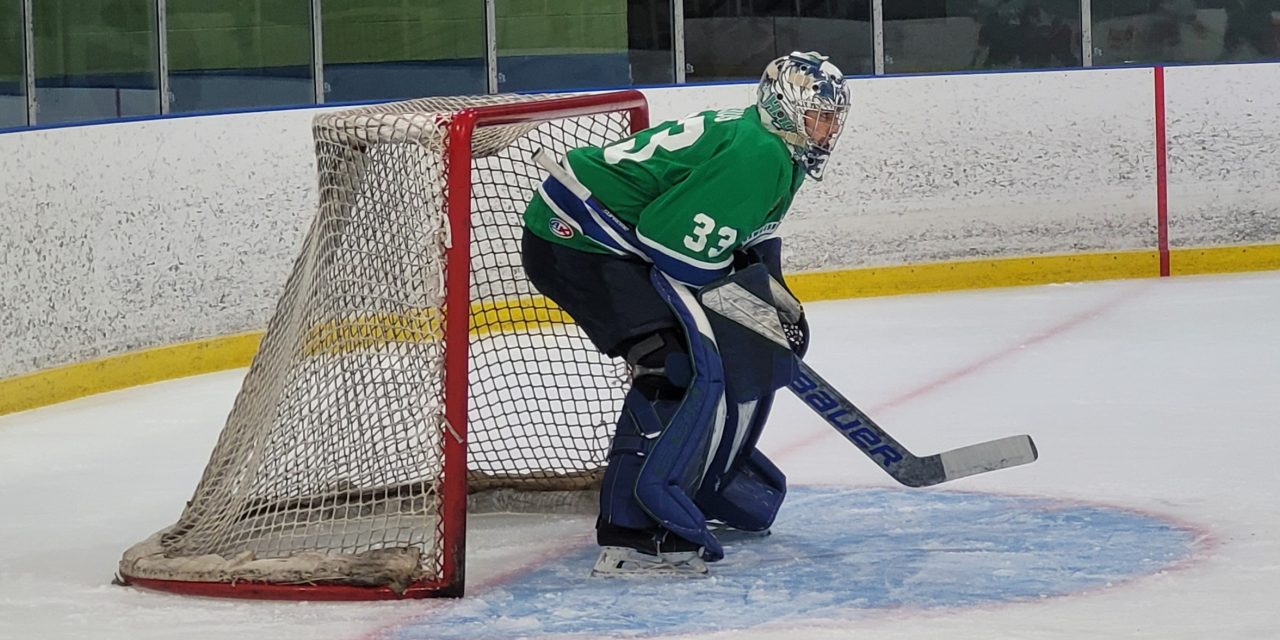 With the two wins, the Junior A Hawks moved into fourth place in the Central Canada Hockey League’s Yzerman Division. Hawkesbury sits just two points behind the Rockland Nationals and Navan Grads, who are tied for second, and three points behind the perennial CCHL powerhouse Ottawa Junior Senators.

Hawks Head Coach Charles Lavigne was extremely pleased with his team’s play at both ends of the ice in the pair of victories.

“The wins are nice and all, but it’s the way we play (that matters),” Lavigne commented. “The guys took the time to pay attention to the details and winning was just the byproduct of the work they put in all week.”

The Hawks are beginning to gel, said Hawkesbury’s head coach, who feels the group will only improve as the season continues.

“There’s always a transition period when you start a season, to try and figure out how your teammates play, how your partners play,” Lavigne explained. “I think we’re getting into that groove where we know how everybody reacts in certain situations.”

“Don’t get me wrong, we’re going to make some mistakes moving forward, but I think we’re gelling and heading in the right direction as far as team play is concerned.”

Veteran Hawks netminder Dimitri Pelekos was outstanding in both weekend games and looks to be making the best of his opportunity to be the team’s regular starting goaltender.

“(Pelekos) really saved our bacon on Friday night, in the second period especially,” Lavigne noted. “He stood tall and weathered the storm from Pembroke.”

“That’s what you look for in a goalie. You don’t need the knight in shining armour, but you need the guy to be there when the team isn’t – and honestly he’s been that since the start.”

The Hawks will host a pair of weekend games at the Robert Hartley Sports Complex this weekend. On Friday evening Hawkesbury will face a rematch against Carleton Place in a 7:30 p.m. start. The Kemptville 73’s will visit The Bob on Saturday evening. Game time is 7 p.m.

Brownlee, who was named the game’s first star, had three points on the night, adding an assist on Dorion’s empty net goal that sealed the game at 18:33 of the third period. Forward Jeremy Tremblay was named the game’s second star, assisting on both of Brownlee’s goals for the home team. Dimitri Pelekos was again outstanding in the Hawkesbury net, stopping 22 of the 23 shots directed his way.

With the win, the Hawks improved their record on the season to 5-3-1-1 after 10 games and sit in fourth place in the CCHL’s Yzerman Division, where only three points separate the top four teams.

Antoine Dorion, Aidan Stubbings, and Jeremy Tremblay scored goals, while Dimitri Pelekos made 37 saves, as Hawkesbury improved on the season to 4-3-1-1 with a home victory at the Robert Hartley Sports Complex last Friday evening.

Pelekos, who was named the game’s second star, had to be particularly sharp in stopping a penalty shot by Pembroke’s Nick Foster at 7:29 of the second period, with the Hawks clinging to a 1-0 lead. Stubbings’ goal at 16:45 of the second broke a 1-1 tie and was the winning goal on the night. Dorion was named the game’s first star, with a goal of his own and an assist on Stubbings’ winning goal.