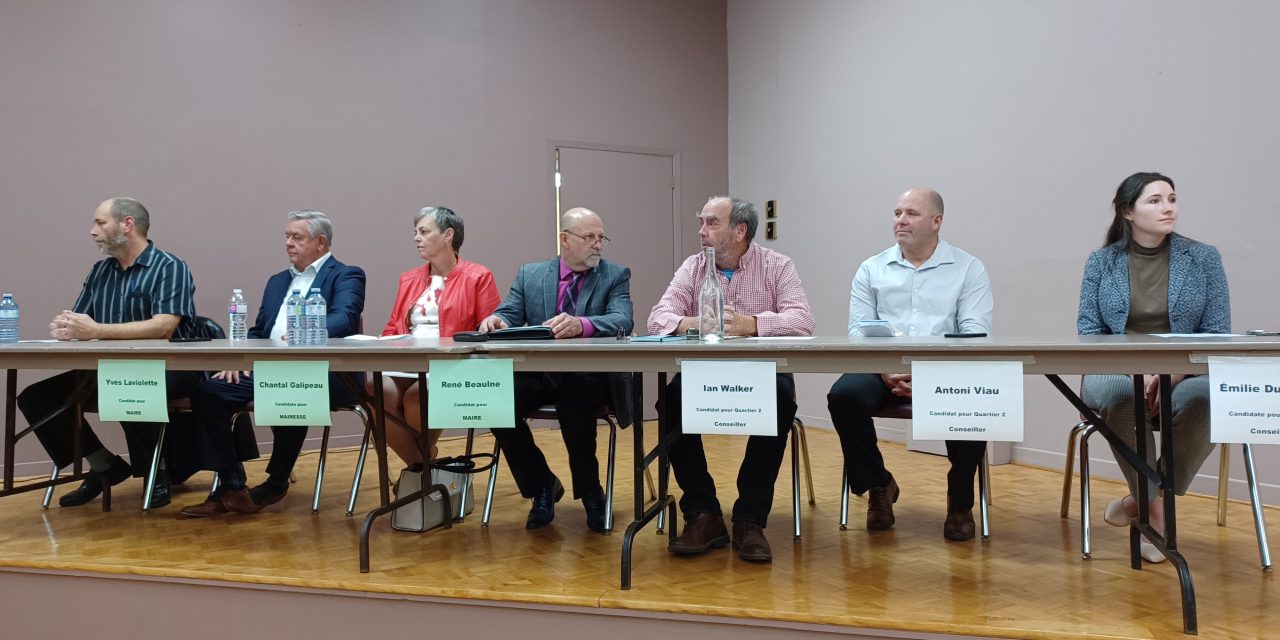 Alfred and Plantagenet residents had the opportunity to hear from their candidates for mayor and council on September 29 at an all-candidates meeting held at the Plantagenet Community Centre. Municipal election day is October 24.

The mayor’s race in Alfred and Plantagenet is the largest in Prescott and Russell counties with four candidates. The mayoral candidates are current councillors René Beaulne and Chantal Galipeau, current Mayor Yves Laviolette, and new candidate Marc Prud’homme. Voters in the township elect two councillors for each of the two wards. Previously, three councillors represented each ward.

In Ward 1, which includes the village and former township of Alfred, Jean-Pierre Cadieux and Benoit Lamarche were each acclaimed when nominations closed on August 19. In Ward 2, which includes the village of Plantagenet and former township of North Plantagenet, new candidate Émilie Ducharme is challenging incumbent councillors Antoni Viau and Ian Walker.

Among the mayoral candidates, Beaulne, a millwright by profession, also has extensive experience in retail management, as a member of various municipal committees, and as a volunteer for several organizations. He has served as a councillor for nearly 29 years.

“I’m always ready with an idea and to listen,” Beaulne said.

Galipeau has served as a councillor for eight years. She lives in Plantagenet, works as a hairstylist and school bus driver and has also served on several committees and in volunteer roles.

“I love to volunteer in the municipality,” she said.

Laviolette, who was elected as a councillor in 2018, was appointed mayor in July of 2022, after former mayor Stephane Sarrazin was elected to the Ontario legislature. Laviolette’s career experience is in the commercial real estate, sales, and construction industry. A resident of Lefaivre, he also served as a reeve of the former Township of Alfred and Warden of the United Counties of Prescott and Russell.

Prud’homme, a resident of Treadwell, said he wants change in the municipality, and promised a property tax freeze.

Ward 2 council candidate Ducharme lives in Curran and has a background in business and law enforcement. She said her intent if elected is to learn and find solutions to problems. Viau, a garage owner from Wendover, described himself as honest and organized, which makes him best suited to represent citizens.

“I think we need a good council to manage your money efficiently,” he told the audience.

Walker, who owns the Mariposa Duck Farm near Plantagenet, said his knowledge of the ward, including its people, environment, and history, makes him best suited to continue as one of its representatives.

Each candidate was asked a single question where they were requested to comment on issues including the environment, culture, libraries, taxes, forestry, water/sewage rates, and roads.

Beaulne said Alfred and Plantagenet need more activities for youth. He pledged to keep all of the township’s five library branches open and take action to make roads safer. Beaulne also said municipal parks should be expanded and expressed support for improvements at the Lefaivre Marina.

Alfred and Plantagenet experienced significant damage during the severe wind and thunderstorm which moved across Eastern Ontario on May 21. Beaulne said as mayor, he would pursue a new policy to better assist citizens following major natural disasters.

Galipeau said significant improvements are needed to infrastructure so the municipality may grow. She said the Plantagenet sewage lagoon needs work before the village can have further development.

Galipeau used her bus driving experience to explain how the township should have a bookmobile bus to provide public library services to residents of long-term care facilities, the elderly, and people who cannot drive.

Laviolette highlighted the economic development potential of the municipality, particularly along the Highway 17 corridor. He also said libraries will be left open if he is elected mayor. Laviolette said infrastructure improvements are also needed in Wendover, the township’s fastest-growing community.

Prud’homme pledged a property tax freeze if he becomes mayor. He said small business development should be encouraged. In addition to trails for pedestrians and cyclists, Prud’homme also supports encouraging trails for off-road vehicle and snowmobile use, which he believes would help the local economy.

“We should listen to your concerns, and we should respond to your needs,” Prud’homme told the audience.

Ducharme said there is a lack of affordable homes in Alfred and Plantagenet and more should be done to protect renters. Ducharme said she would like to have a municipal composting program started with the composted materials being used for a community garden. She would also like the municipality to establish a registry of rental properties so properties under renovation could be better monitored for potential rent increases.

Viau said the municipality should be promoting new home construction and new business investment. He would also like to see speeding on local roads get under control. Viau also wants improvements to the waterfront in Wendover.

“I think we have a lovely marina in Lefaivre, but it’s time to invest in Wendover,” he said.

Walker spoke of his work helping to preserve a pioneer cemetery and three historic crosses beside local roads. He said a comprehensive sustainable development policy is needed for the municipality, along with a comprehensive tree cover protection by-law. The current by-law only protects trees in wetland areas.

He also pledged to protect all public library branches and said the township should not be in the business of operating marinas. 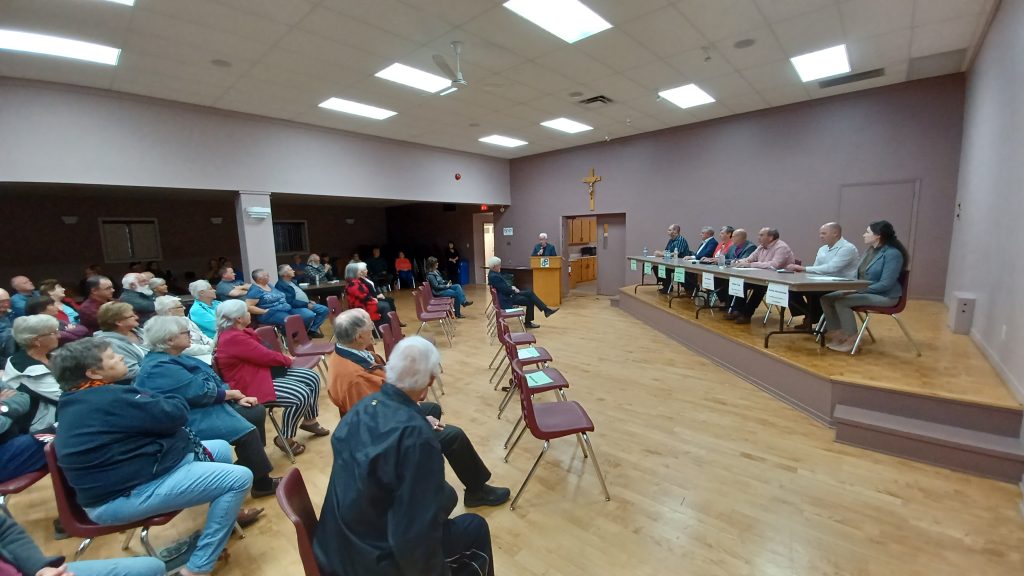