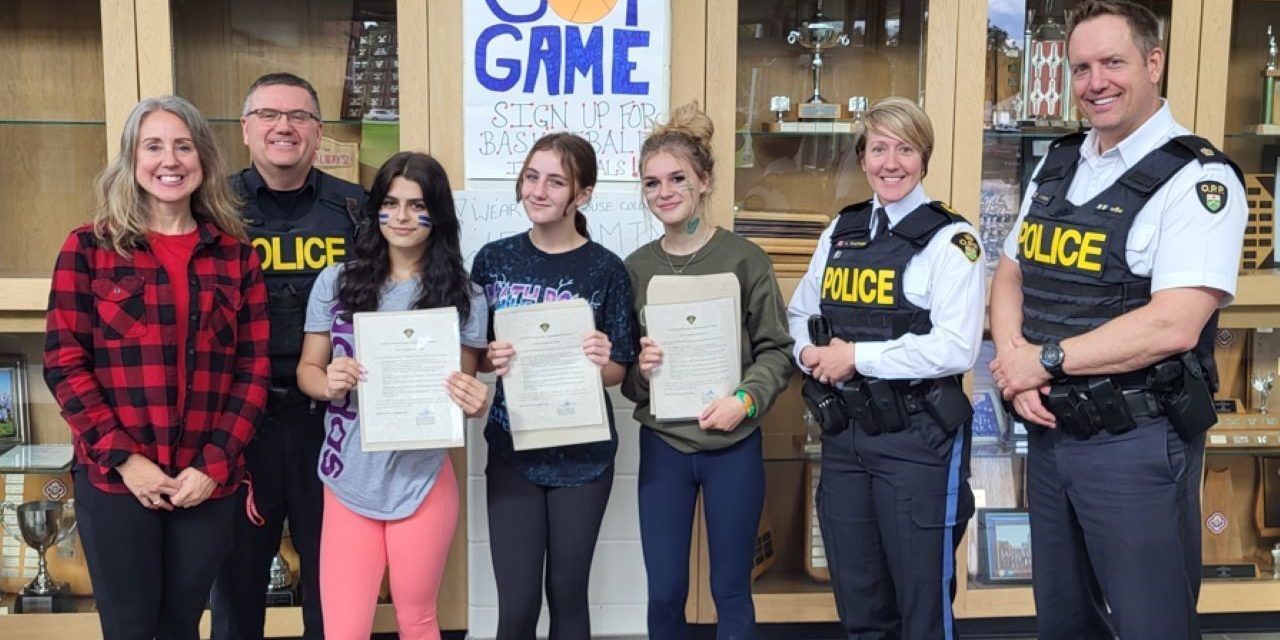 In June of 2022, when the VCI had its welcoming day for the new eighth graders, a disagreement took place between one student in Grade 8 and two in Grade 11.

In September, once school had started again, VCI principal Christie Walker asked that police speak with the students in order to resolve any future conflicts.

But over the summer, to Walker and the police’s surprise, the students took it upon themselves to resolve things by showing leadership and courage in reaching out to find common ground and to understand each other.

Jayden Szewczyk, Samina Zaki and Haylie Densmore-Nadeau were awarded a certificate from the OPP recognizing their leadership skills in Conflict Resolution.

Problems can always happen, but it’s what we do to resolve these issues that show leadership.