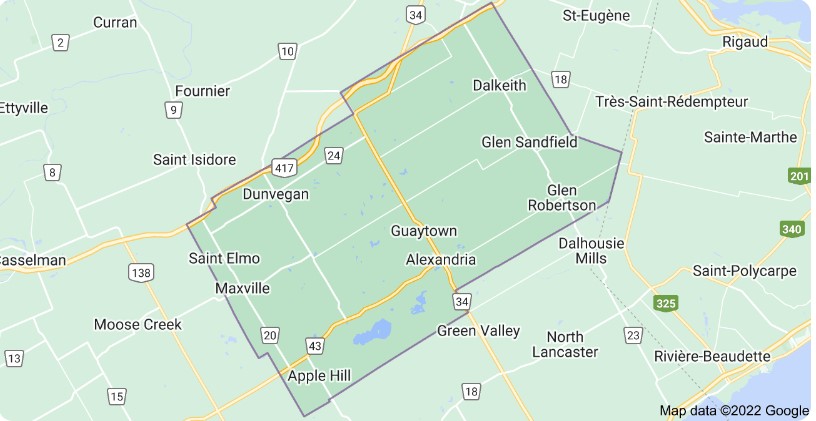 In North Glengarry, only voters in Lochiel, Kenyon, and Maxville wards will be casting ballots in the municipal election on October 24.

In Lochiel Ward, former Councillor Brian Caddell is attempting a return to municipal politics. He represented the ward from 2014 to 2018. That year, he unsuccessfully ran for Deputy Mayor. Caddell is challenging incumbent Brenda Noble, who won the Lochiel seat in 2018.

“I am running for Councillor in Lochiel because I believe that I am the best person for the job,” Caddell said.

In addition to past service on council, Caddell, a retired high school teacher, has a long history of community service including fundraising for restoration and presenting weekly concerts at The Grotto in Alexandria, coaching sports, volunteering for the Glengarry Pioneer Museum, Dalkeith Historical Society, and is a member of the Executive of the Royal Canadian Legion branch in Alexandria. Caddell is also a musician and performs at many local events.

Meanwhile, Noble is promoting achievements of the past four years and ideas for the future as she makes her case for re-election to voters.

“I think it’s better to try to fix something from inside, rather than yell from the outside,” Noble commented.

The adoption of the tree cover protection by-law, and an updated open burning by-law are two things Noble is pleased council accomplished during the past four years. If she is re-elected, she would like council to adopt a green roads by-law that would balance road use between pedestrians and heavy equipment. The incumbent councillor also supports the adoption of an online code of conduct for the management of comments directed at councillors and the municipality.

Noble, a travel agent, also manages the Dalkeith Plus Library, which offers a series of community activities and gatherings in addition to literature.

Kenyon Ward incumbent Jeff Manley is seeking a third term on North Glengarry Council. He was first elected in 2014. Manley said he would like to continue to serve because there is more work to be done – particularly when it comes to bringing more industrial and commercial development to the municipality. He is pleased with infrastructure improvements made in North Glengarry during the past four years.

“I am proud of the improved roads in the Kenyon ward,” Manley said. “Also, bringing municipal water to Maxville was a great accomplishment for the township,”

Peter Valiquet is challenging Manley for the Kenyon Ward seat.

Maxville Ward will have a new councillor no matter the outcome on October 24, because current Councillor Johanne Wensink is not seeking re-election.

One of the two candidates running for the Maxville seat is Rita DeNobriga. She would like the municipality to make the effort to attract medical professionals to better serve the community.

“From what I see just looking from the outside as of right now, the community needs some sort of Doctor or RN/RPN,” DeNobriga said.

Adding retail businesses to Maxville is another focus for DeNobriga. She would like the centre of the village to offer more for residents.

“We have four empty buildings on main street now and we could use a grocery store, whether it be a small one, and a bar (as our old one unfortunately closed) and maybe for other businesses also,” she said.

As a councillor, DeNobriga said she would reach out to local Members of Parliament and Members of Provincial Parliament about attracting medical professionals to Maxville, and to businesses about locating stores in the village. DeNobriga would also like to see increased public skating opportunities on evenings and weekends for residents.

Gary Martin is the other candidate in Maxville Ward. He will soon be retiring and wants to use some of that time for community service. Martin also ran for council 14 years ago. He would like to see Maxville’s population and business community grow.

“Our little town is slowly dwindling away, we need to build it up,” Martin said.

Martin has been involved with sports and recreation in Maxville for 30 years and started Maxville Recreation. He said his community involvement has prepared him for his bid for a council seat.