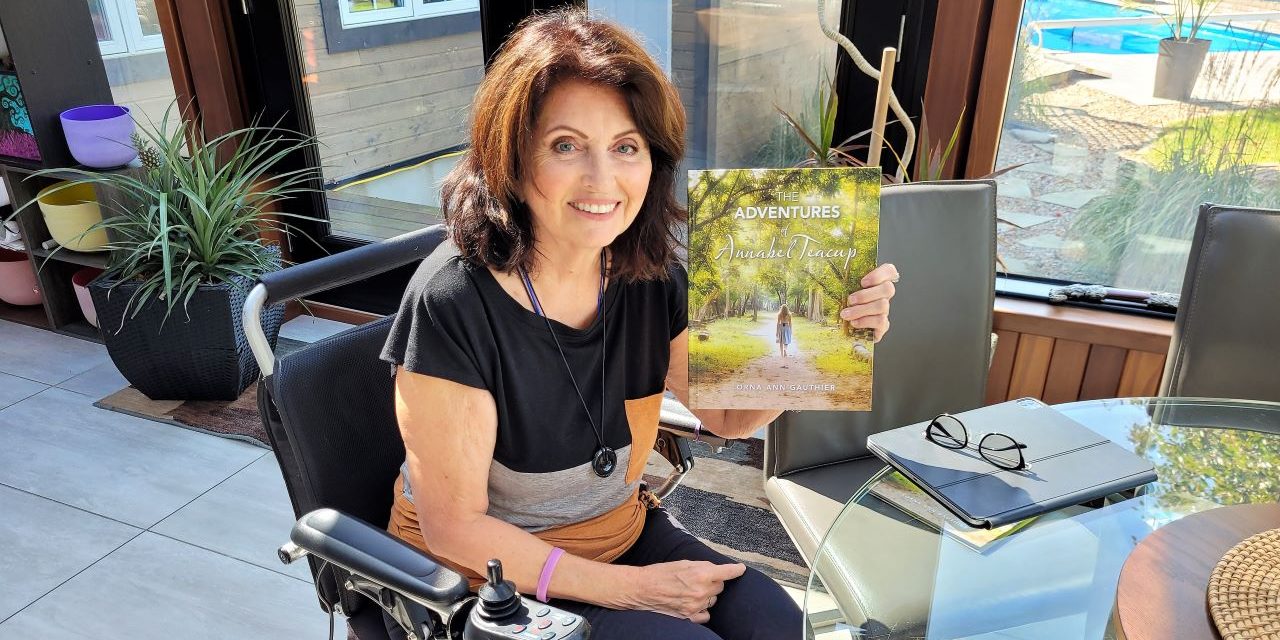 It’s been a busy year for newly-minted author Lorna Ann Gauthier. The St-Bernardin resident recently released her second children’s book – just a few months after her first effort, The Adventures of Annabel Teacup.

Gauthier’s fantasy work, released earlier this year, has found a home with young readers at multiple outlets, including Barnes and Noble, Etsy, Google, Chapters and Amazon Canada. Gauthier continues the story in her second book in the series The Adventures of Annabel Teacup – The Magic Begins, which was released in late September. A third writing, subtitled Butterflies Are Free, has also been completed and is planned for release before Christmas.

The three books are inspired by the author’s life experiences – both tragedies and successes – and all of the lessons she has learned over the years. But it took a pandemic to finally allow her to complete it.

“When COVID came I had nothing to do – like everybody – so I started writing,” recalls Gauthier, who until recently was better known as an artist who creates vibrant acrylic paintings.

With an arm injury leaving her unable to paint and the COVID-19 pandemic dragging on, Gauthier became bored. To fill the time, she decided to revisit a story which had been on her mind for decades.

The result is a fantasy tale for young readers that features characters from her own life’s story, including a principle figure inspired by her young son Matthew, who passed away as a child from leukemia.

“He had an imaginary friend, who he called Bebble,” Matthew’s mother recalls. “He’s in the books, but I didn’t want to make the whole story about Bebble, because it’s too limiting.”

Instead, Gauthier’s writings tell the story of Annabel Teacup, a farmer’s wife who learned to create healing herbs for her community in her rural town of St-Amour. Annabel finds herself learning more than she could imagine, thanks to the aid of fairies and other magical creatures she bumps into along her journey. One of those magical creatures is Bebble – portrayed as a small honeybee rescued by Annabel – who becomes a trusted companion on her journey.

A lifetime of experiences

While living in Ottawa in the late 1970s and working as a legal secretary, she also sidelined in modeling and as a member of the Ottawa Rough Riders football club’s ‘Silver Machine’. At the time, the Rough Riders had both a cheerleading squad on the field and the ‘Silver Machine’ team, which performed on a platform above the playing surface.

“I don’t know why we had two groups, but we would (travel) in these Voyageur silver buses,” Gauthier chuckles, rolling her eyes. “We would come out in fur coats and silver lamé jumpsuits and leather boots and we would dance.”

After marrying, she and her husband moved to his hometown of St-Bernardin – a place where she continues to live and whose residents provided fodder for her children’s books. Gauthier’s writing incorporates many of her acquaintances from the area as inspiration for various characters.

“The characters are all local people around, friends and stuff – I’ve changed their names,” says the author, whose principal character’s name Annabel comes from a combination of her middle name and the first three letters of her maiden name.

The Adventures of Anabel Teacup series is, above all, intended to both provide a fun read, as well as a spiritual learning experience for children.

“It’s fun,” explains the author, who has studied healing and is a reiki master (hands on healer). “She has these adventures and it also teaches kids about spiritual things – things that they’re not going to learn in school.”

The author’s teachings also include herbology and crystal healing.

“I’ve incorporated it all into my book,” she says.

Releasing three books in 2022 was not something Gauthier expected, or even thought possible, when she began working on The Adventures of Annabel Teacup just over a year ago.

“I started writing and it was slow – it wasn’t like I had the whole thing planned,” the author says. “It just started to flow out.”

The writing journey offered more lessons in life to Gauthier, including one in the new art of self-publishing, as she worked with United States based company Xlibris on the finished product.

“I didn’t know it was so intensive. You’re going through all these stages and all these people,” she relates. “It’s crazy. I never thought I was going to learn so much.”

While all of the illustrations in her first release were added by the publishing company, Gauthier – now recovered from her arm injury – created her own artwork for the second and third books. Again it was a learning experience for artist. Instead of working in her usual medium of acrylic, Gauthier created all of the illustrations for The Magic Begins and Butterflies Are Free digitally – an art form she had never worked in before.

“I didn’t know I was going to like it so much,” she says, while showing an illustration for The Magic Begins. “If I tried to paint this myself it would have taken me months. With the digital, I did it one day.”

Not necessarily The End

When Butterflies Are Free is released in December, Gauthier says the current storyline will come to its conclusion.

“Everything ties in at the end.”

But the inspiration continues and it is very likely that young readers have not seen the last of Annabel Teacup.

“I’m not sure if I’m going to stop at three books, because I’m starting to feel I could write another one,” laughs the now experienced children’s author. “We’ll see.” 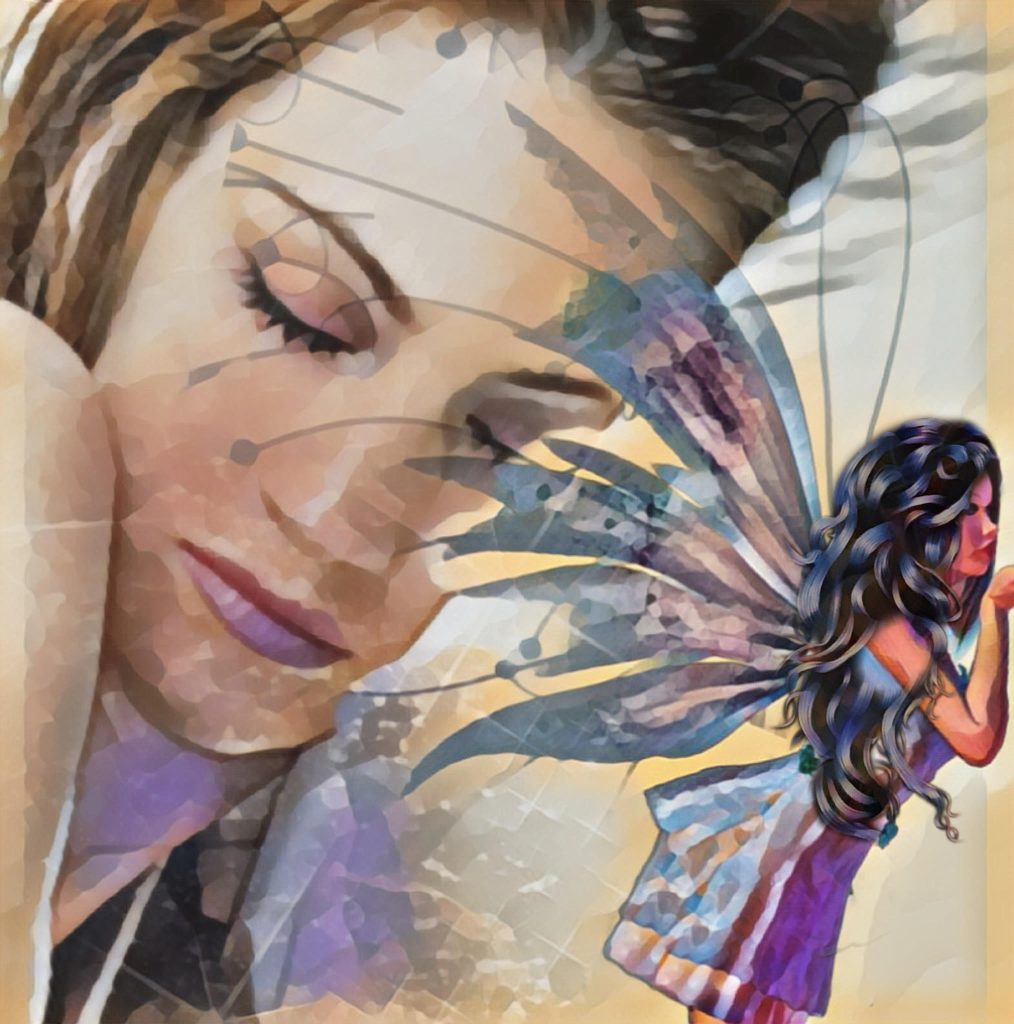 An accomplished artist, Gauthier began creating her own digital illustrations for the second and third books in her ‘The Adventures of Annabel Teacup’ series, including this image from ‘The Magic Begins’, which was released this month. Submitted Photo