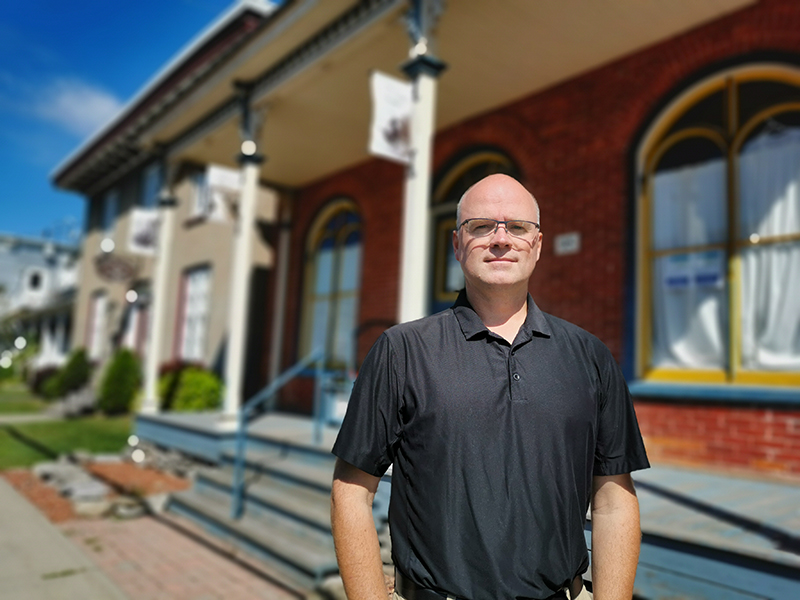 Peter Barton is seeking a second term as a municipal councillor for Ward One, Vankleek Hill, in Champlain Township. Photo: Louise Sproule

With one term of office as a municipal councillor under his belt, Vankleek Hill ward councillor Peter Barton is seeking election for a second four-year term.

Were there any surprises during his first term of office? Barton says no, but municipal governance changed during the pandemic, which began in March 2020.

“Transparency and communication is so important and during the pandemic, there was no access to people and no access to staff,” Barton said, referring to people working from home and meetings that moved to virtual platforms. In a way, he says, “It feels like we lost about two and a half years.”

Giving back to the community that has done so much for him is a big motivator for Barton, who says he wants to have the opportunity to continue to help out. “This community has so many people that give so much; where would we be without people doing their part?”

Barton has publicly advocated for broadcasting and recording council meetings to increase public accessibility. “The communities around us are doing it; we had to move to those platforms (virtual) during the pandemic. Why not take the best out of it and find a way to continue making meetings accessible online and after the fact, Barton continued.

“I think being able to watch council meetings and listen to debates and to what is said gives people a chance to see how and why a decision was made,” Barton contends. He knows it is not as easy as setting up a camera, but adds that staff have been directed to look into how to move forward with hybrid meetings (in person and virtual), but not at any cost, he adds.

Barton’s three platforms are: infrastructure, business and community groups. He acknowledges that roads are and will continue to be a major issue and believes that there could be more collaboration between the counties (the United Counties of Prescott and Russell) and municipalities, when it comes to purchasing and acquiring equipment and services.

Businesses and community groups do everything in town, Barton says, expanding on the notion that local businesses are the first place that people turn when they want support.

“Businesses drive our community,” Barton said, “So we need to ensure that our overarching policies are supporting businesses.”

“We have businesses that are doing well; we have to support those employers and not create policy that interferes with that (success). Municipalities our size have to encourage and support,” Barton said.

Community groups also need support, Barton continued, as he mentioned organizations like Arks Harvest, the Vankleek Hill Food Bank and the Creating Centre. “These groups do so many good things and many groups are the cultural drivers of our communities,” he continued.

Although the municipality currently has no CAO, Barton believes it is vitally important to hire one; acknowledging that the township’s current treasurer is acting as CAO and is doing a great job.

Collaboration between communities within the township and beyond is important now and will continue to be important over time.

“There are opportunities to take a bigger, regional view and I think we need to develop those relationships,” according to Barton.

“I hope I can continue to serve, learn and communicate. And I encourage everyone to vote in the upcoming municipal election. Everyone’s vote counts.”