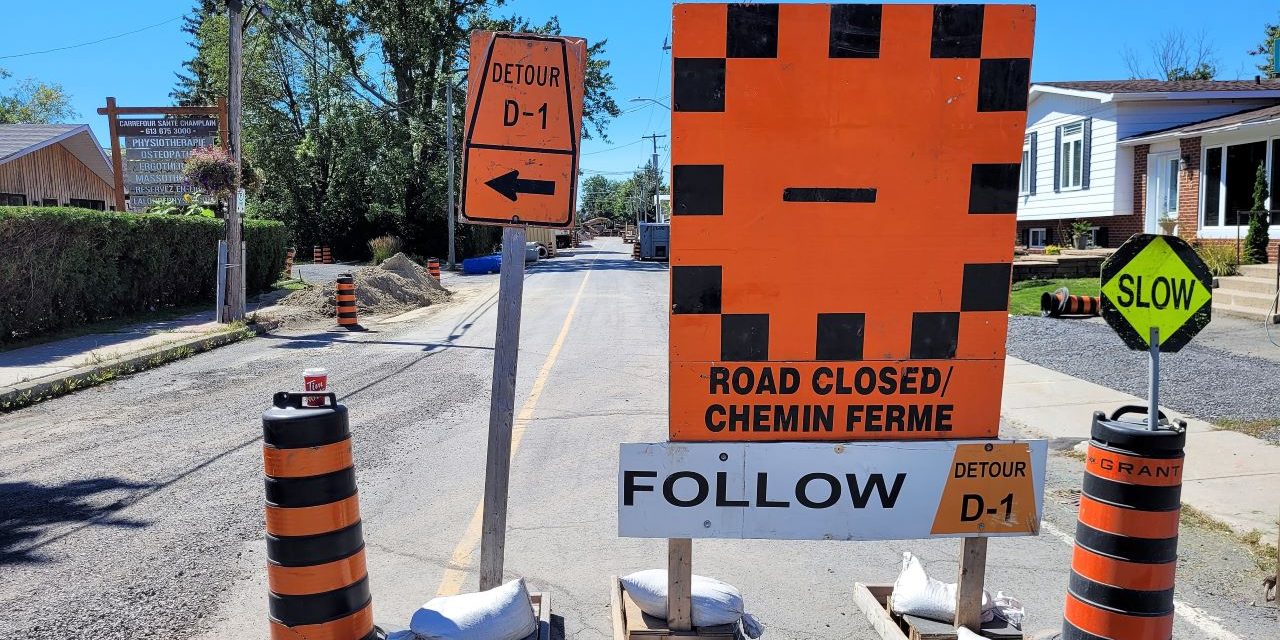 King Street in L’Orignal is closed between Court Street and Peter Street until the end of September. Photo: Reid Masson

King Street is closed between Court Street and Peter Street for storm sewer, watermain, and water services repairs. The work and road closure began on Monday, August 22 and is expected to go on for approximately five weeks, until the end of September. Temporary traffic and detour signs have been installed on Queen Street. The work status and street closure will be announced on the Champlain Township website and social media.

The cost of the project to Champlain Township taxpayers is $4,455,491.70, plus sales tax. The project was part of the township’s 2022 capital budget but was originally projected to cost $3,449,660. However, the price has increased due to the cost of removing old asbestos-concrete watermains, the cost of 250 millimetre watermains, an increase in the cost of asphalt, and higher costs for concrete.

Due to the construction on King Street, Cornwall Gravel Co. Ltd. will be required to shut off the water supply for all properties on King Street between Court Street and Peter Street and on Wharf Street on Wednesday, August 24, from 8.a.m. to 5 p.m. in order to replace a water valve.

A precautionary boil water advisory remains in effect for users of the watermain distribution system in L’Orignal, that due to the work being completed on the watermain. There is also a risk of unplanned watermain breaks and/or instances of low pressure in the water distribution system during the construction period. Until further notice, water for drinking and food preparation must be boiled (boil water to a rolling boil) for at least one minute.

Regular sampling and testing conducted on the system to ensure water quality. However, this boil water advisory is a precautionary measure due to the nature of the construction being undertaken. Water customers will receive written confirmation once the rehabilitation project is complete.

For more information about the King/Wharf Project, have a look to the https://www.champlain.ca/en/news/king-street-project-begins.aspx 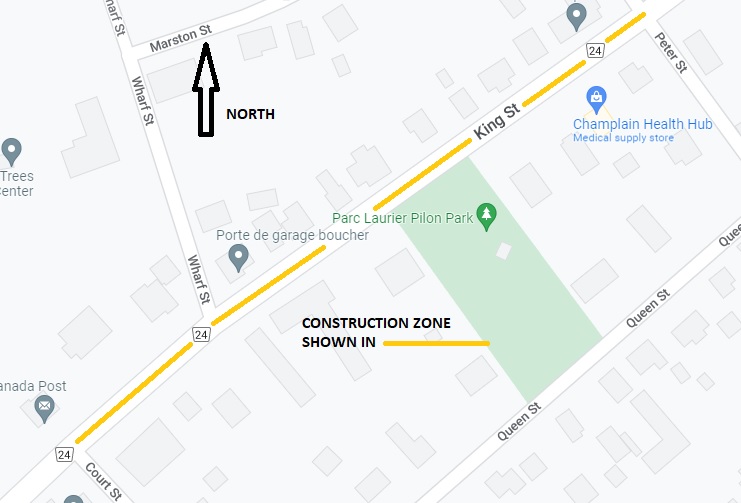 Map showing the construction zone on King Street in L’Orignal. The section between Court Street and Peter Street will be closed for about five weeks while watermain and storm sewer upgrades are done. Google map with details added by James Morgan