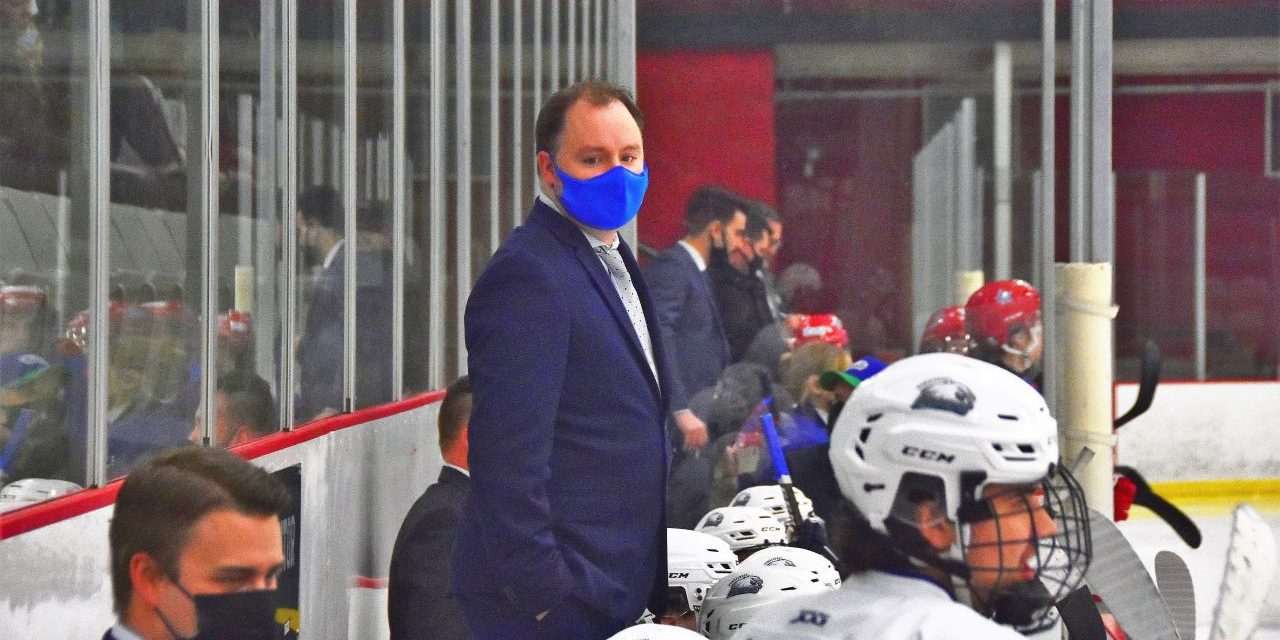 Rick Dorval is moving up to the top level of Junior A Hockey in Canada. After eight years with the local team, the Hawkesbury Hawks Coach and General Manager has accepted an assistant coaching position with the Sudbury Wolves of the Ontario Hockey League (OHL).

As Head Coach and General Manager of the Hawks of the Central Junior Hockey League (CCHL) for the past eight years, Dorval turned a last place team to a league contender, with an average .633 win percentage. He is the youngest coach in CCHL history to win 400 games and is a two-time CCHL Coach of the Year, including most recently this past season. Just 39 year old, Dorval has been a head coach for 13 years and has extensive coaching experience.

“We are really excited to bring Rick to Sudbury,” said Sudbury Wolves VP and General Manager, Rob Papineau. “He has been one of the most successful coaches in CCHL history and he always gets the most from his players. “The CCHL is one of the top junior A leagues in the country and his consistent success there has been outstanding. He understands the game extremely well and has a great ability to teach and get the most from his players in all situations.”

The move is a homecoming of sorts for Dorval, who is a native of Sudbury.

“I am thrilled to move back to my hometown of Sudbury to join the Wolves coaching staff,” Dorval said. “I would like to thank Rob Papineau, Ken MacKenzie, and Craig Duncanson as well as owner Dario Zulich for giving me this opportunity to take the next step in my coaching career.”

“I feel honoured to be part of this iconic franchise and this talented team. I look forward to working with these players. I feel that their future is bright, and I am very excited to be part of their journey.”

Marc Bernique has accepted to take on the role of General Manager of the Hawkesbury Hawks. Bernique worked with Dorval as the assistant GM, as well as an assistant coach for the past few seasons, and now has the opportunity to build the Flock in his vision.

“I am very excited to be the new GM for the Hawks, I will have big shoes to fill in replacing Rick,” Bernique said in a release from the team. “Having worked closely with Rick in the past 5 years, I have learned a lot and hopefully this transition will be seamless. I wish the best to Rick in his new position and I look forward to the challenge of keeping the Hawks competitive.”

Bernique already has experience building a competitive team, having been a part of the Vankleek Hill Cougars organization as their GM.

A new coach for the Hawkesbury Hawks is expected to be announced soon.