Water main from Cheney to Limoges now in service 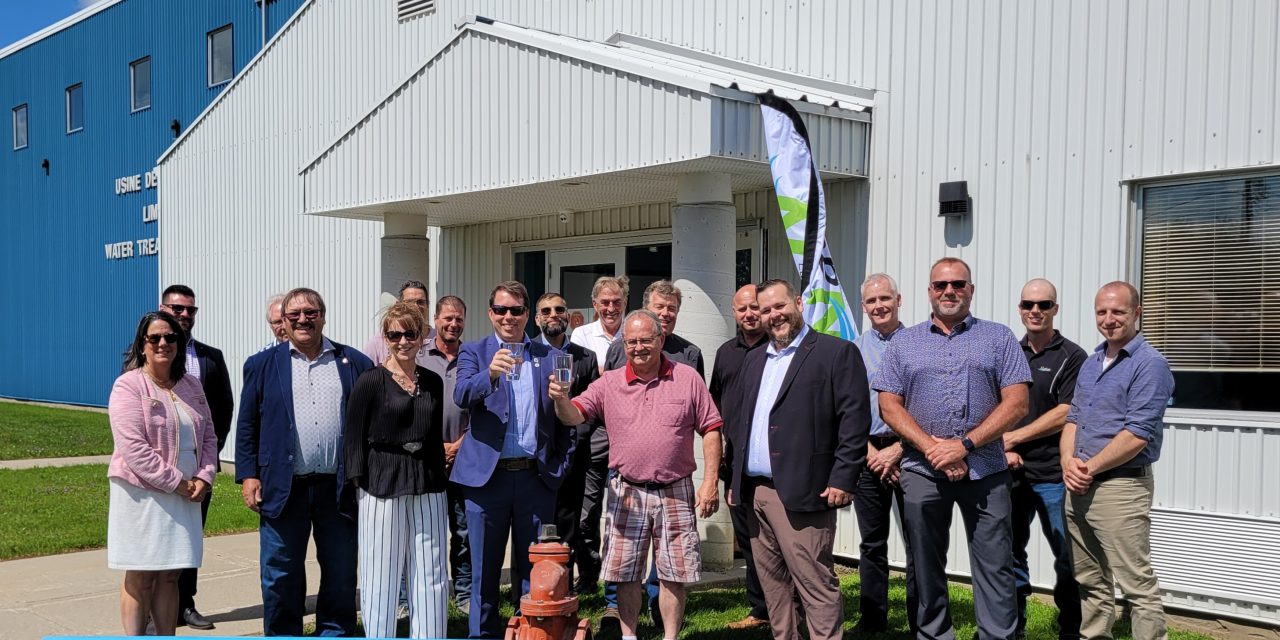 The water is now flowing from Cheney to Limoges.

The official inauguration of the new water main linking the Cheney water tower in Clarence-Rockland to the Limoges water system in La Nation was held on June 28.

In August 2020, the two municipalities approved an agreement, which will initially last for 20 years, for Clarence-Rockland to provide additional water to the Limoges system by constructing a pipeline between the Cheney water tower and the Limoges water treatment plant. Cheney is connected to the rest of Clarence-Rockland’s water system, which uses the Ottawa River as its source. The Limoges system will also continue to use existing wells as a source of water. The new pipeline will deliver 350 cubic metres of water per day.

“This additional water will allow us to have water from a secure source for future developments,” said La Nation Mayor François St-Amour. “I would like to thank the Municipality of Clarence-Rockland, an outstanding partner throughout this magnificent adventure.”

The new pipeline extends more than 9.8 kilometres and has a diameter of 40 centimetres, or 16 inches. The approximate cost of the project was $10.8 million and took 10 months to complete. Although the official inauguration was held on June 28, the water main entered service on June 6.

“We were pleased to work with our neighbors from La Nation so that the residents of Limoges have access to good quality drinking water in sufficient quantity,” said Clarence-Rockland Mayor Mario Zanth.