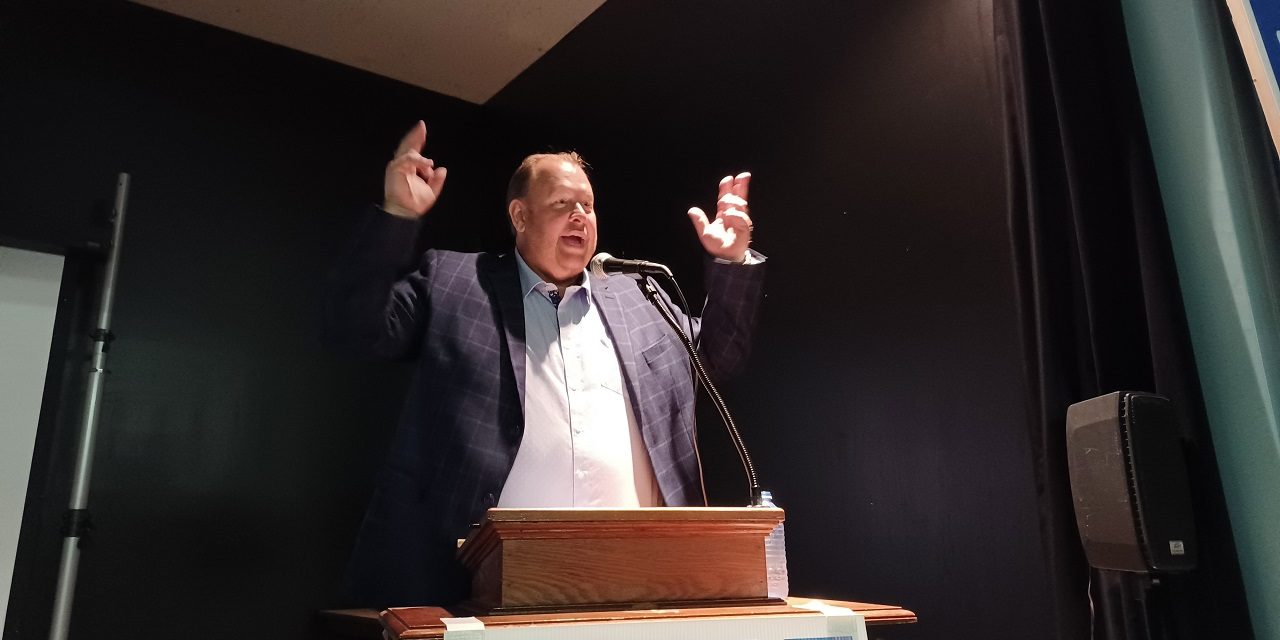 Stéphane Sarrazin will be the new Member of Provincial Parliament (MPP) for Glengarry-Prescott-Russell and part of a re-elected Progressive Conservative (PC) majority government led by Premier Doug Ford.

Elected as Mayor of Alfred and Plantagenet in 2018, with no previous political experience, Sarrazin was nominated as the PC candidate in 2021. As of 12:14 a.m. Friday, June 3, Elections Ontario results from 99 polls across the district showed  Sarrazin had received 18,033 votes and Liberal incumbent Amanda Simard had received 16,549 votes.

Alicia Eglin of the New Democratic Party (NDP) was third with 3,634 votes, followed by New Blue candidate Victor Brassard with 1,858 votes. Thaila Riden of the Green Party of Ontario was fourth with 1,601 votes and Ontario Party candidate Stéphane Aubry was fifth with 787 votes. Elections Ontario reported an approximate voter turnout of 35.25 per cent of the 97,967 registered voters as of 12:14 a.m. Friday.

Sarrazin, 54, who also served as Warden of the United Counties of Prescott and Russell in 2021, had not only campaigned on the “GET IT DONE” platform of PC Leader Doug Ford, he also repeatedly pledged better representation in the legislature for Glengarry-Prescott-Russell – something he believes was insufficient under his Liberal predecessor. Simard was elected as a Progressive Conservative in 2018, but left the party to sit as an independent later that year after disagreeing with changes to francophone services made by Premier Ford’s government. In 2020, Simard joined the Liberal caucus.

“I will give good representation for four years!” Sarrazin told supporters gathered at his campaign headquarters in Casselman on election night.

Sarrazin thanked his supporters and volunteers, and also gave specific thanks to citizens who voted PC for the first time.

“I would like to thank you for your trust,” he said.

“Whoever you are in Glengarry-Prescott-Russell, I will be working for you. It is my mission,” Sarrazin said.

While speaking with journalists following his victory speech, Sarrazin said he has no specific project he would like to advance for the riding, but he is committed to helping municipal governments advance their projects and being a strong representative for them at the provincial level.

“I think we’ve got enough to do over the next four years!” said Sarrazin.

The MPP-elect did mention the need to advocate on behalf of the United Counties of Prescott and Russell for upgrades to County Road 17.

At Sarrazin’s campaign headquarters on election night, there was strong evidence of support from local municipal leaders. Seven of the eight UCPR mayors, including present Warden Daniel Lafleur were in attendance. North Glengarry Deputy Mayor Carma Williams, who is also presently Warden of the United Counties of Stormont, Dundas, and Glengarry, was at the Casselman gathering. Several councillors from municipalities across the riding were also among those attending.

“Two years ago, we felt we had a lack of representation,” was how Sarrazin described the consensus among his UCPR municipal colleagues.

Sarrazin assured voters on election night that he will be staying within the PC caucus.

“I will never cross the floor,” he asserted.

Simard’s departure from the PC caucus in 2018 was in response to changes the government made to francophone services and institutions. Sarrazin said issues such as the economy and jobs are just as important to francophones as to anglophones.

“Francophones, they have the same issues as everybody else,” Sarrazin said.

He described being in politics as teamwork and learning to accept disagreements.

UCPR Warden Daniel Lafleur is optimistic about having new representation for the counties at Queen’s Park.

“I’m sure we’ll have someone that will be representing us all over as Glengarry-Prescott-Russell,” Lafleur said.

At the election night celebration, Stéphane Sarrazin was joined by his wife Chantal Roy and daughters Vanessa and Rebecca. 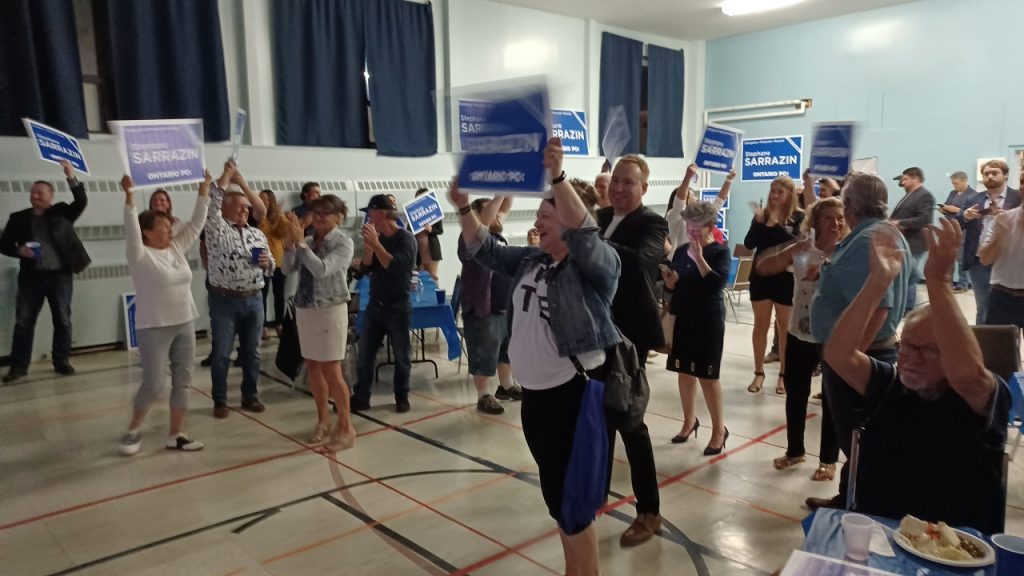 According to Elections Ontario, the Doug Ford-led PC’s were elected or leading in 83 ridings as of 12:14 a.m. Friday. There are 124 seats in the Legislative Assembly of Ontario. The New Democrats are set for another four years as the Official Opposition in the legislature with 31 seats. However, Andrea Horwath, who has led the party since 2009, announced she will step down as Leader, even though she was re-elected in Hamilton Centre. The Ontario Liberal Party was leading or elected in eight ridings, but Leader Steven Del Duca failed to gain a seat in the legislature and lost in Vaughan-Woodbridge to PC incumbent Michael Tibollo. Green Party of Ontario Leader Mike Schreiner was re-elected in Guelph, and independent candidate Bobbi Ann Brady was elected in Haldimand-Norfolk.