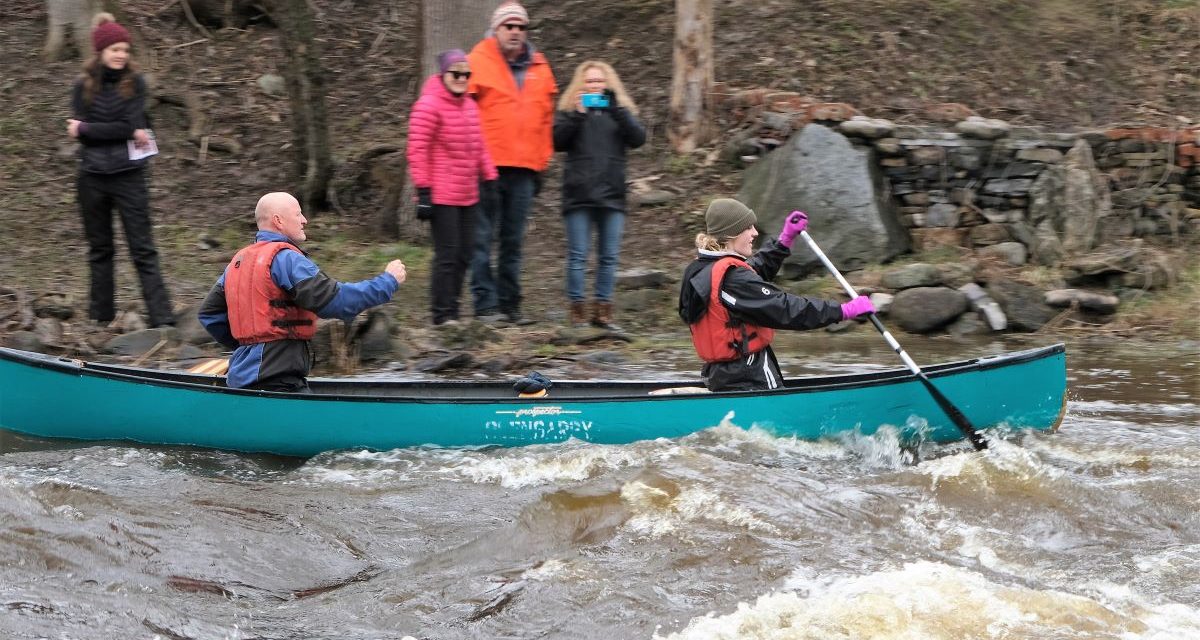 The forecasted flurries didn’t dampen the festive atmosphere as paddlers of all ages, from near and far, entertained spectators along the 30-kilometre route. The race had been put on hold for the last two years due to the COVID-19 pandemic.

“Ever since the first Raisin River Canoe Race in 1973, the event has been like a rite of spring for both residents and visitors to the area,” says RRCA Canoe Race Coordinator, Lissa Deslandes. “Thanks to the support from many local organizations and sponsors, as well as the Race Safety Committee and volunteers, the RRCA has been able to continuously coordinate a successful race throughout the decades.”

This year’s race benefited from the recent rain, which helped raise water levels. Fast flows of 1,400 cubic feet per second propelled paddlers along the river. Unfortunately, the Martintown dam was closed to paddlers, due to safety concerns from the high water levels and flows.

Several competitors pulled out after experiencing an early cold-water dip at the first set of rapids, the Devil’s Chute. A total of 17 boats did not finish the Race this year.

The fastest time down the River was the Pro Boat Tandem of Mike De Abreu and Seb Courville, of Arnprior, in a time of 2:10:50. Full interim results are available at rrca.on.ca/results.

Other top finishers by category were: