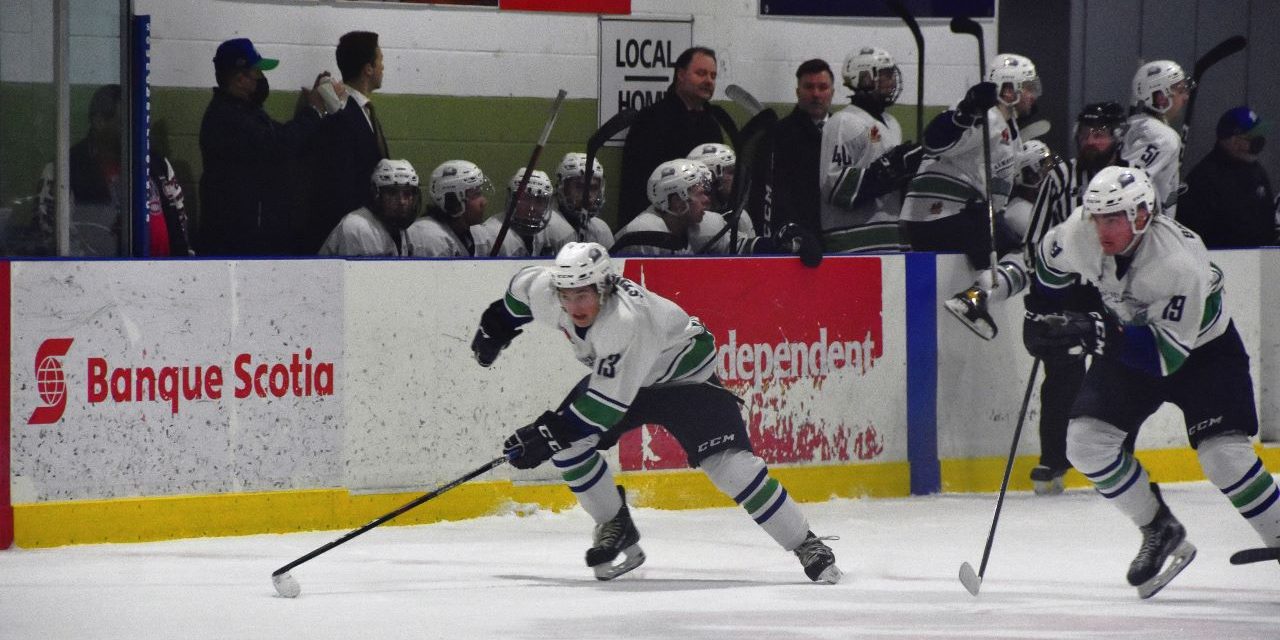 The Hawkesbury Hawks are healthy and raring to go, as they head into the first round of the Central Canada Hockey League (CCHL) playoffs against the Navan Grads.

“Little nicks here and there, but overall nothing major,” said Hawks Head Coach and General Manager Rick Dorval of the team’s health status on Monday, April 11. “We should be playing tomorrow with a full club.”

The Hawks kick off the playoffs on Tuesday, April 12, at home against Navan at the Robert Hartley Sports Complex, with the opening faceoff scheduled for 7 p.m. and Dorval said both the team’s players and coaches are anxious for the puck to drop.

“We’ve been looking to start this season for a little while,” Dorval understated. “With COVID and the extension of the season, it seemed like the regular season was never-ending and it was hard to keep the guys motivated day in and day out.”

The Grads will be a tough test for the Hawks, Dorval noted.

“You definitely can’t take them lightly. They have an NHL ranked goaltender, so we’re going to have to get to him early and continue to make his life miserable.”

Rylee Hlusiak scored the overtime winner, William Gendron scored twice in regulation and Jeremy Quesnel and Curtiss Sturgeon scored singles, while Dimitri Pelekos made 22 saves, as Hawkesbury improved to 37-13-3-2 on the season on the road in Smiths Falls on Sunday afternoon (April 10).

The bigger story however is that the Smiths Falls Bears earned a single point to tie Rockland for the eighth and final playoff position, meaning the two teams will face each other in a sudden death eliminator game.

The Bears will now play a sudden death single game eliminator against the Rockland Nationals Tuesday night (April 12). The winner will advance to face first-place Ottawa in the first round of the Bogart Cup Playoffs. 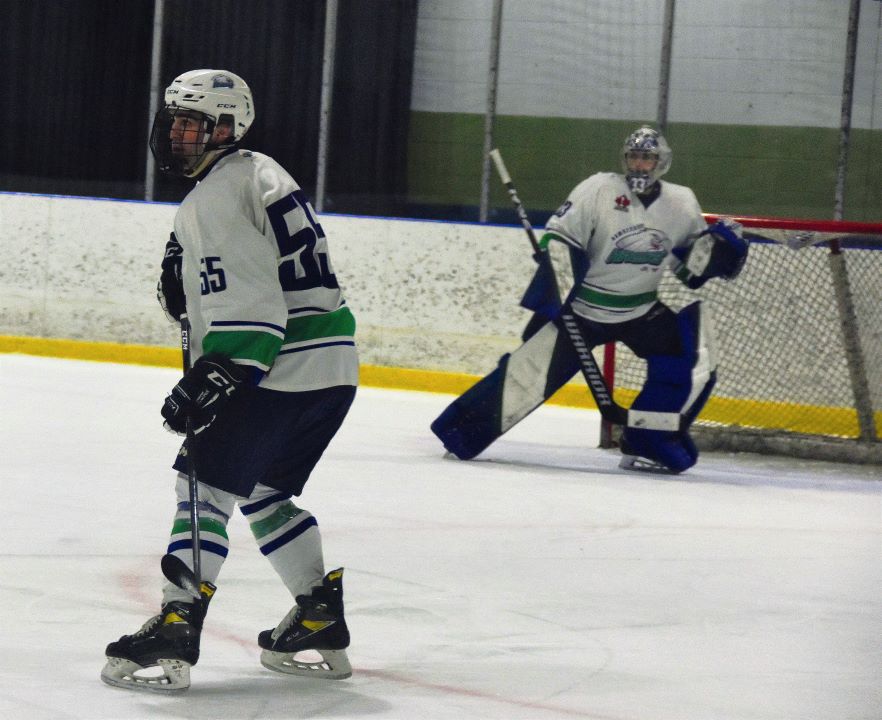 Defenseman Alec Brazeau (55) and goaltender Dimitri Pelekos got the start for the Hawks against the Renfrew Wolves, as Hawkesbury rested several of its top players for the playoffs. Photo: Sylvain Lauwers

Will Craig pitched a 27-save shutout as Renfrew improved to 35-17-1-2 to clinch fourth place and a first-round playoff series with the Kemptville 73’s with a 4-0 win over the Hawks on Friday, April 8, at the Robert Hartley Sports Complex. Hawkesbury, which fell to 36-13-3-2, had a 23-save effort from Dimitri Pelekos in the loss.

“They all individually did some good things,” said Dorval, who had particular praise for defenseman Alec Brazeau. “If we have injuries or anything, he’d probably be our first call up for the playoffs.”

“But they showed well and all they’ll give us something to think about over the summer.”

The substitute players kept the game close for most of the contest, trailing only 1-0 until the halfway mark of the third period.

Several of the Hawks top players watched from the stands on Friday, April 18, as the team opted to rest them in preparation for the playoffs. Photo: Sylvain Lauwers