Members of the Vankleek Hill Rockets had their best results ever at the 2022 Ontario Broomball Association Junior Provincial Championships last weekend (March 18-19) in Carleton Place.

A total of 17 players from the Rockets qualified for various teams competing in the tournament – a huge improvement from 2020, when the Rockets had four players participating.

“Congratulations to all Rockets who played their hearts out at Junior Provincials this weekend as part of the Eastern teams,” said Dawn MacDuff, coach of the Rockets, who also helped coach the Eastern Rebels to gold at the provincials. “In 2020, four of our players made it. This year, 17!”

“So impressed by your desire to grow in the sport and learn about being great teammates!”

MacDuff also thanked coaches with the Rockets, who provided coaching support to four different teams at the tournament. 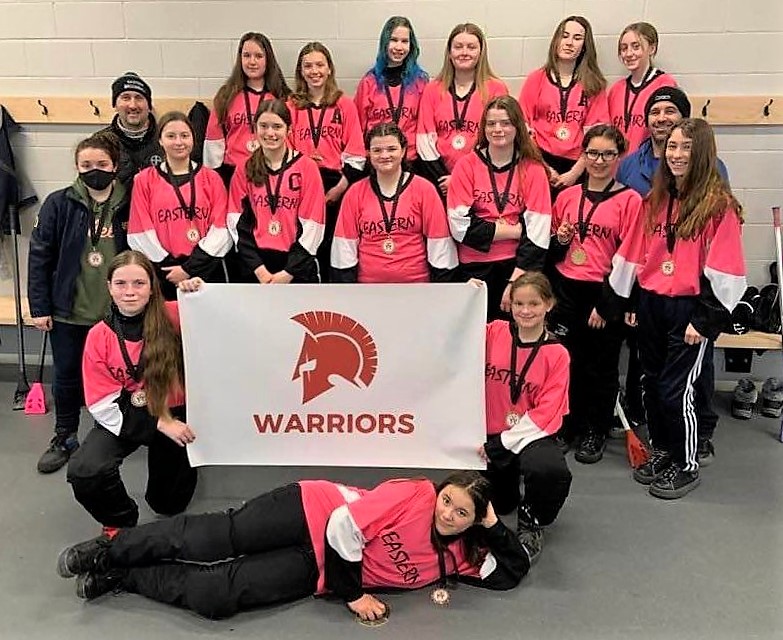 The Warriors took home gold in the U14 Girls Division. Submitted Photo 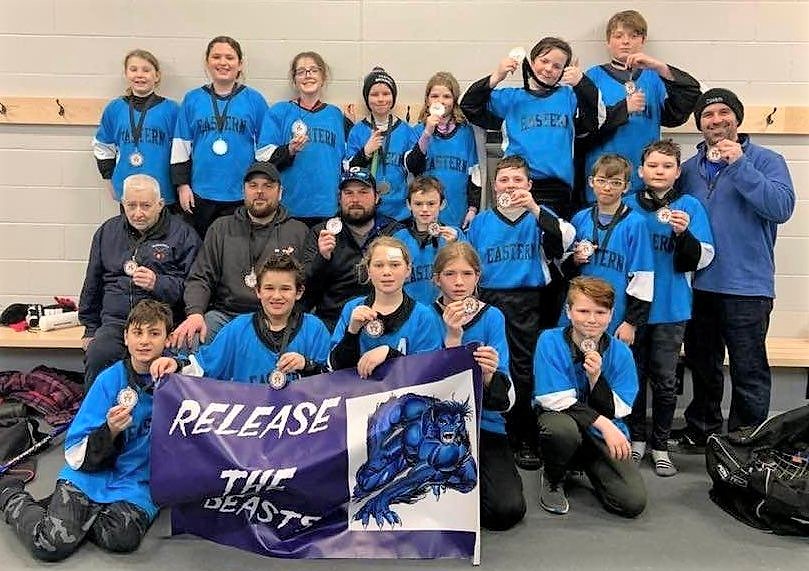 The Eastern Blue Beasts (above photo) earned a silver medal in the U12 Coed Division, while the Eastern Ballbroomers (below photo) were consolation finalists in U12 Coed. Submitted Photos 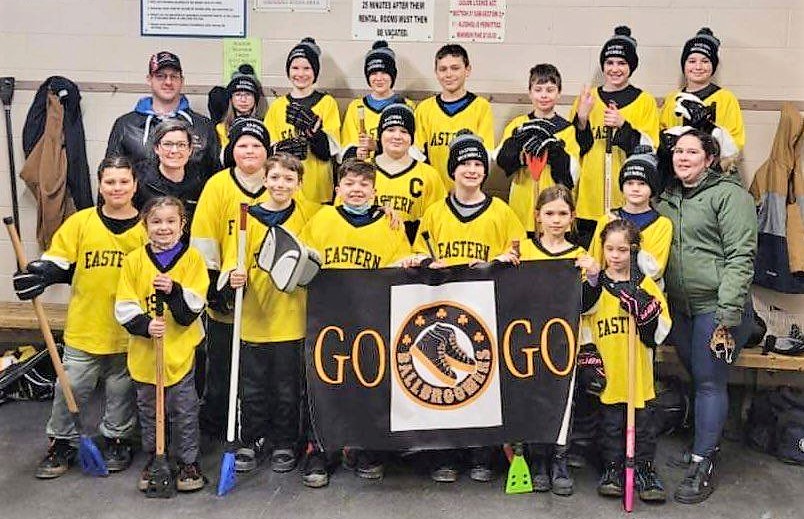