Snowstorm boosts area ski hills, but be sure to plan ahead to enjoy skiing in Québec 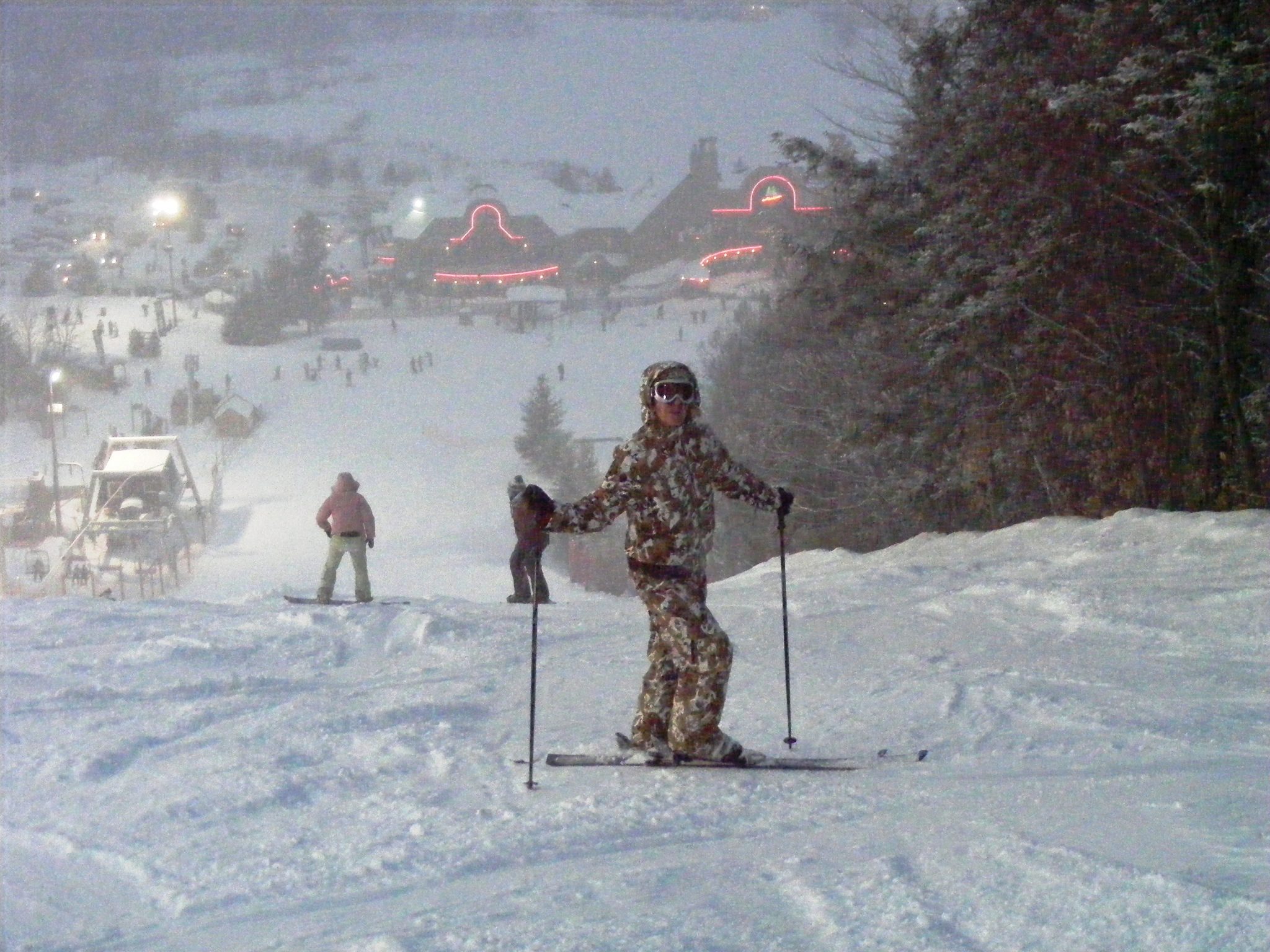 Monday’s snowstorm was a huge bonus for ski hills, with many area resorts going from only half their runs open to regular operating conditions.

With provincial borders open, Eastern Ontario residents can still take advantage of the ski hills of Québec, although current regulations mean you’ll have to plan ahead.

Ski resorts in the province require pre-booking online – unlike normal seasons when one can just show up and pick up a lift ticket on site. As well, on November 2 the Quebec government announced that all skiers and snowboarders must show proof of vaccination before they can hit the hills. Be sure to check with the resort to plan to visit for their requirements.

Although snowfall has been below normal so far this winter, artificial snow-making allowed most of the ski resorts to open a good number of their trails. Monday’s snowfall made a huge difference to conditions throughout the province.

Below is a look as some of the more popular ski hills in the area.

Recognized as “The Kindergarten of Skiing in Quebec”, Mont Rigaud is the closest Québec ski facility to Eastern Ontario and is an excellent family resort for learning to ski and snowboard. Less than a half-hour drive from the eastern portion of Prescott-Russell Mont Rigaud offers a choice of trails for beginners, intermediates and advanced, including a snow park.

Thanks to its modern snow-making equipment, as of January 17, Mont Rigaud had all of its 15 trails open to skiers. Conditions have only gotten better since. You can find more information on ski conditions and how to book at Mont Rigaud here https://ski.montrigaud.com/ .

The Saint-Sauveur group of ski hills includes sister hill Avila, Sommet Gabriel, Sommet Olympia, Ski Morin-Heights, Saint-Sauveur, and more westerly Edelweiss. Between the five hills in the group there are a total of 156 trails offered.

As of January 17, main resort Sommet Saint-Sauveur had 31 of its 43 trails open, while nearby Morin Heights offers 35 trails, 16 of which were open, but conditions have improved significantly over the past couple of days.

Information on all the hills in the group can be found here https://www.sommets.com/en/ski-resorts/.

One of the few autonomous resorts in the Laurentian Mountains, Mont Habitant has been a favorite of ski enthusiasts for decades. As of January 17, nine of Habitant’s 11 runs were open.

As the highest peak in the Laurentians, Mont Tremblant is the king of ski resorts in the region and a popular destination for tourists from around the world.

Boasting more than 100 trails for experts to beginners, Tremblant features a 645-metre vertical drop over 754 acres of terrain. As of January 17, Mont Tremblant had 75 runs open and 12 of its 14 lifts in operation.

Featuring 43 trails and more than 300 meters in vertical drop, Mont Blanc is a resort considered one of the best kept secrets in the region. With a view of nearby Mont Tremblant visible from the top,

Mont Blanc offers 43 trails and seven lifts and had 35 of its runs open as of January 5.

Other ski and snowboard options

For more ski hills in the region and throughout Quebec, visit The Association des Stations de ski du Québec https://maneige.ski/en/snow-conditions/ . 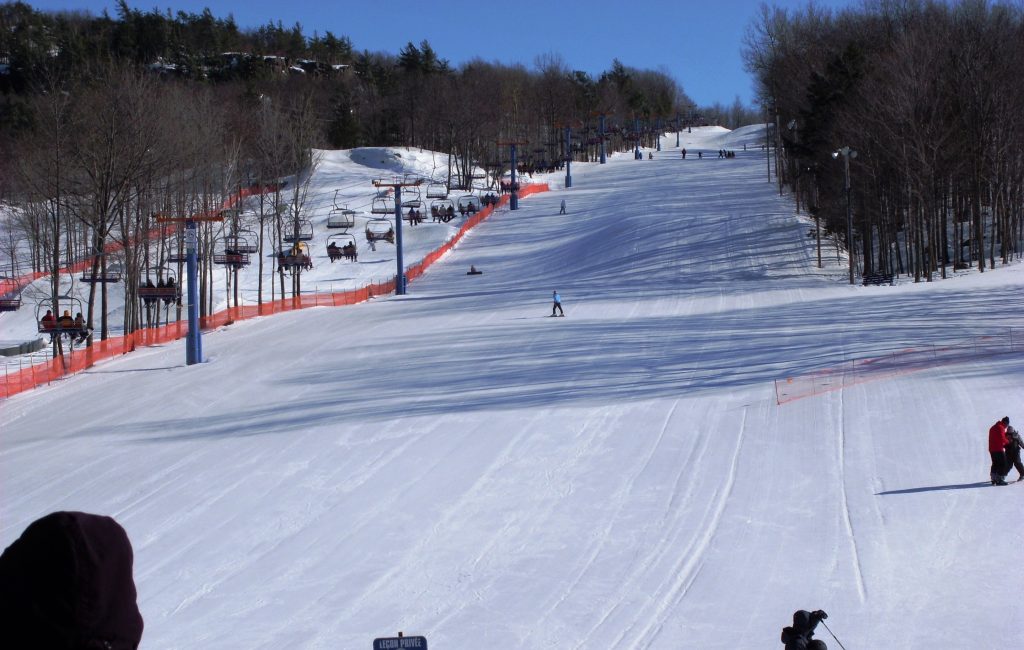 Less than a half-hour drive from the eastern portion of Prescott-Russell Mont Rigaud offers a choice of trails for beginners, intermediates and advanced, including a snow park. Photo: Reid Masson 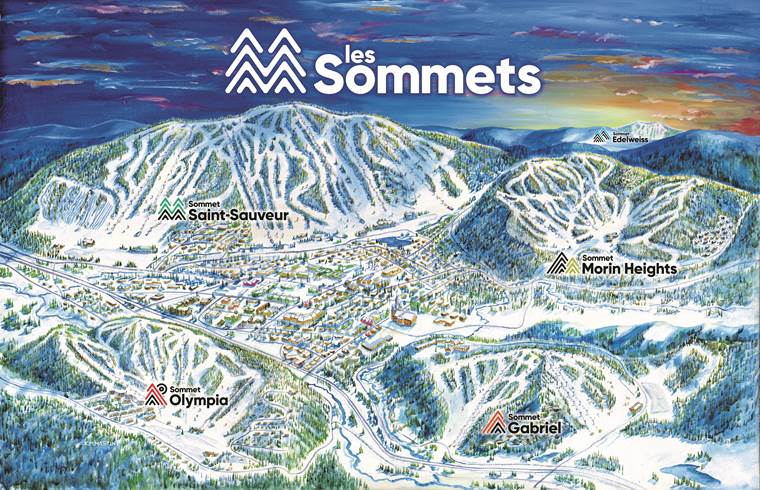