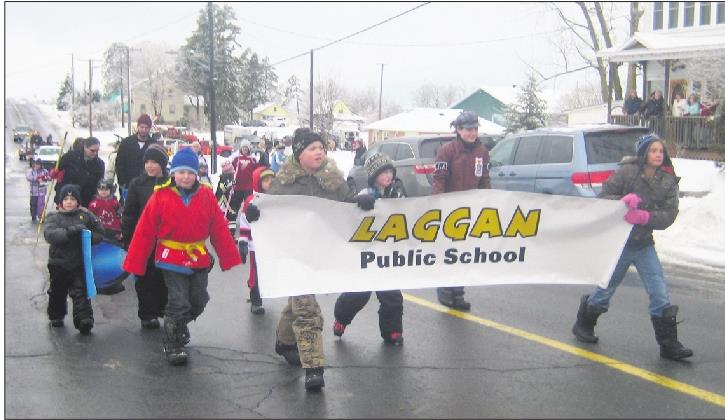 10 Years ago
Driver sentenced in fatal crash
The Review, January 18, 2012 – L’ORIGNAL – Exactly one year and three days after a crash killed two teenagers near Vankleek Hill, the truck driver responsible for the flatbed trailers that were left unattended was sentenced to two years of conditional incarceration. André Duquette, 44, who had pleaded guilty in L’Orignal court to two charges of criminal negligence, received his sentence on January 13.

25 Years Ago
Bicentennial celebrations underway
The Review, January 15, 1997 – VANKLEEK HILL – On January 1, Vankleek Hill Mayor Aurèle Fournier joined members of the town’s Bicentennial/Centennial Committee to officially declare the beginning of the celebrations marking the town’s 200th anniversary of the founding and settlement of the town by Simeon Van Kleeck. Community organizations have adopted the bicentennial year as a theme for a variety of activities.

50 Years Ago
Judge refuses to perform some duties
The Review, January 19, 1972 – L’ORIGNAL – County Court Judge Omer Chartrand, who serves the Eastern Ontario communities of Prescott and Russell, is refusing to perform marriages, preside at small claims court sessions, or deal with chamber matters involving provincial law. The 59-year-old judge is protesting a recent $1,500 cut the Ontario government proposed in the allowances it pays to the 97 county court judges in the province.

75 Years Ago
The new phone book is in!
The Review, January 16, 1947 – VANKLEEK HILL – More than 8,000 copies of the new buff-coloured telephone directory for the lower Ottawa Valley are now being distributed, 420 of them slated for subscribers in Vankleek Hill. Due to the company’s extensive expansion program, the number of books being distributed has risen since the last issue by more than 1,700, with an increase in circulation in Vankleek Hill alone of over 100.

100 Years Ago
Support the library
The Review, January 20, 1922 – VANKLEEK HILL – Our Public library is one thing that Vankleek Hill has much to be proud of, and deserves the support and interest of every citizen. Few towns this size can boast of such a library and our young people, as well as the old, are fortunate in having such literature right at their door and for the small fee of $1 per year. Let everybody boost our library this new year.

125 Years Ago
Hockey match was a ‘corker’
The Review, January 20, 1897 – VANKLEEK HILL – The hockey match played on the Crystal Rink here last Friday night between the married and single men was a ‘corker’ in every sense of the word. As an exposition of the popular Canadian winter sport, and an example of “good, clean hockey”, we cannot truthfully say it was a shining success. When it became necessary for the referee to rule off 13 of the 14 players, leaving only the goal keeper for the married men on the ice, there must be something radically wrong. The referee said the game was a tie, six goals to six. He was evidently “fixed”, but we cannot say which side bought him.