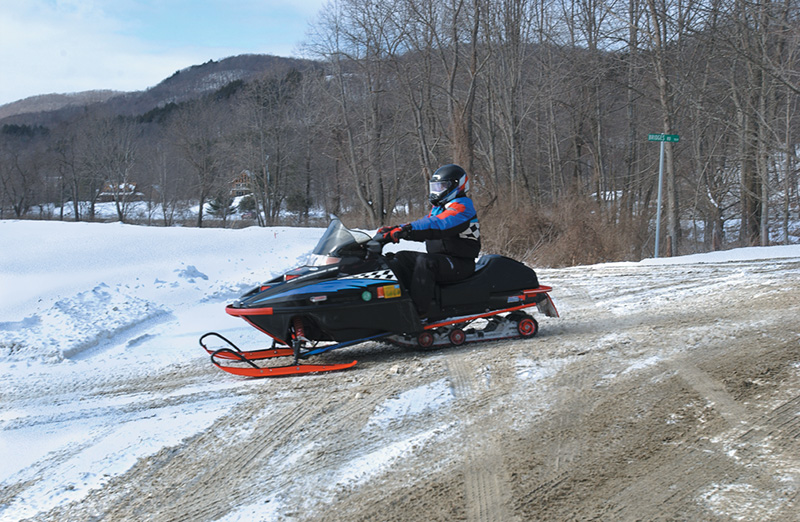 ASD Prescott-Russell United will be presenting the inaugural edition of the Snowmobile Ride for Autism on Sunday, February 20, 2022, on the trails of the Eastern Ontario Snowmobile Club (EOSC) in support of Autism Ontario.

This is the Winter edition of that organization’s ‘Rides for Autism’ series. The event, which will start at 9 a.m., will benefit children, young adults and adults on the autism spectrum living in
the East Region of Ontario. The ride will start and end at Place 1967 Restaurant and Hotel on County Road 17 in Plantagenet, where participants will gather at 3 p.m. for the awards ceremony.

“With growing interest in our Summer Flotilla and Fall off-road rides, we were asked if we could do something during the winter,” said co- organizer Nicole Taylor, a mother with an autistic son. “Adding the snowmobile ride was the easy and popular choice.”

The Rides for Autism series always feature a Scavenger Hunt, as participants scavenge the trails of Eastern Ontario (within the event perimeter) for landmarks, or hidden bonus items to gain points to win prizes. Participants are tasked with raising a donation for Autism Ontario’s East Region, forming a group of riders, and naming their group, creating a sign or flag (autism related) to show off to other participants and taking pictures and creating posts on the group’s Facebook page throughout the day.

The money raised helps organize activities for kids on the Autism Spectrum and provides much-needed programs to support both individuals and their families.

“As we’re organizing these events, we find such great support in the business community, which is sponsoring great prizes to be won and valuable services,” commented co-organizer Paul Taylor Sr.

Maximum Powersports and Sylmar Auto Ville return as Platinum Sponsors for the Snowmobile Ride for Autism. A full list of sponsors and prizes will be revealed over eh next two months, as the organizers are presently seeking sponsors for the event. The Taylors also want to acknowledge the support of the Eastern Ontario Snowmobile Club, as well as that of the Ontario Provincial Police (OPP) who help to make the events safe and family-friendly.

Recently, ASD Prescott-Russell United and the Taylor family launched a new website at www.RidesForAutism.ca, which features important information about upcoming rides from that series, along with pictures, videos, and media links for past events.

Anyone interested in participating in the February 20, 2022, event is encouraged to reach out to the organizers through the website, their Facebook Group (Snowmobile Ride for Autism) or
by calling Nicole and Paul Taylor Sr. at 613-371-4440.

Autism Ontario (legally incorporated as Autism Society Ontario) is a charitable organization with a history of over 46 years representing the thousands of people on the autism spectrum and their families across Ontario. Made up of knowledgeable parents, professionals, and autistic self-advocates who can speak to the key issues that impact those with autism and their families, Autism Ontario is the province’s leading source of information and referral on autism, and one of the largest collective voices representing the autism community. Members are connected through seven regions across the province of Ontario, of which the East Region is one.