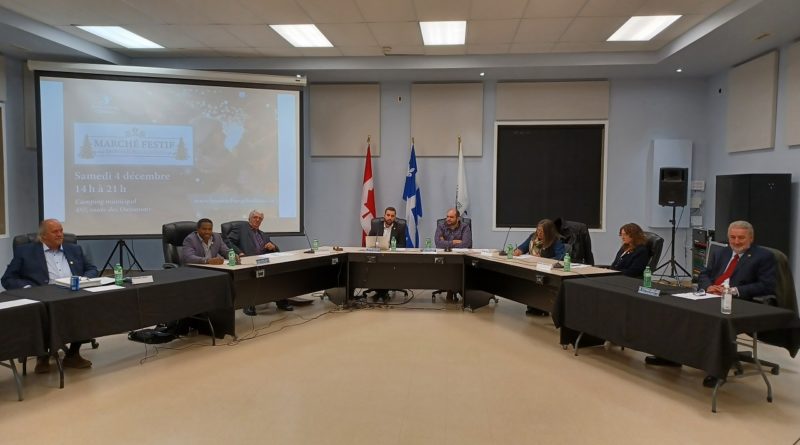 The first meeting of Brownsburg-Chatham’s new council took place on November 16, with many items of business being approved.

Council has approved a notice of motion and tabling of a regulation to purchase parts of two properties on Route des Outaouais (Route 344) for the expansion of the municipal campground. According to Director-General Jean-François Brunet, the extra land will allow for on-site, off-season storage of boats normally moored at the marina during the summer, and the addition of 30 to 40 new campsites. The cost of purchasing the land is $430,000.

Recently, 11 new sites were already added to the campground and the municipality estimates they will bring approximately $50,000 more in revenue yearly.

District 6 Councillor Stephen Rowland was designated by council as the Deputy Mayor of Brownsburg-Chatham. Rowland, who was re-elected on November 7, will also represent Brownsburg-Chatham at MRC d’Argenteuil council meetings when Mayor Kévin Maurice is unable to attend.

The 2022 budget for the Régie intermunicipale Argenteuil Deux Montagnes (RIADM) was approved. The agency administers garbage and recycling pickup for four municipalities and its 2022 budget is $6,942,336. Brownsburg-Chatham is responsible for 27.45 per cent of the budget.

The municipality will borrow up to $1 million to defray long-term costs while awaiting payment from tax revenue or government grants.

Council approved a resolution requesting the federal and Québec governments to examine the costs and benefits of restoring passenger rail service to the Montréal to Gatineau rail line. Other municipalities along the line have also been approving the resolution.