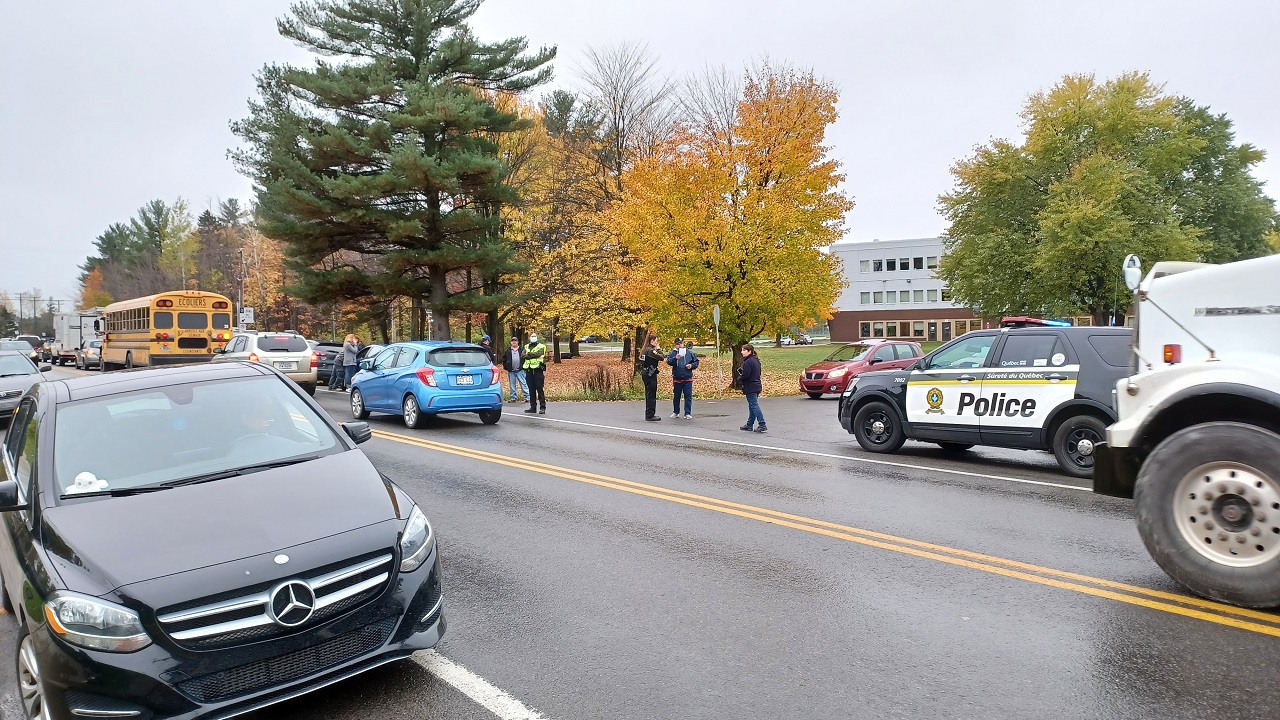 Lachute’s secondary education complex was locked down on the afternoon of Thursday, October 21 following rumours a man with a knife was spotted near the property on avenue de l’Argenteuil (Route 327).

According to Sûreté du Québec (SQ) spokesperson Catherine Bernard, police were contacted at 1:30 p.m. Thursday about reports of a man with a knife near Polyvalente Lavigne, Laurentian Regional High School, and the adult education centre. Officers responded and students and staff were confined to the buildings. After a thorough search of the surrounding area, no suspect was located.

Students and staff were gradually permitted to leave as the normal school day ended. Police officers allowed a limited number of students, buses, and other vehicles to leave at a time. However, traffic was still heavy along avenue de l’Argenteuil with a long line of stopped cars on the road in front of the schools, and parked vehicles belonging to parents waiting for their children.

“I have my daughter back,” said one man who had been waiting by the road.

Parent Francis Lacasse said he was happy the situation was resolved while his daughter Lea and a group of her friends met him outside the school entrance.

Bernard said SQ officers remained at the schools until 5 p.m. 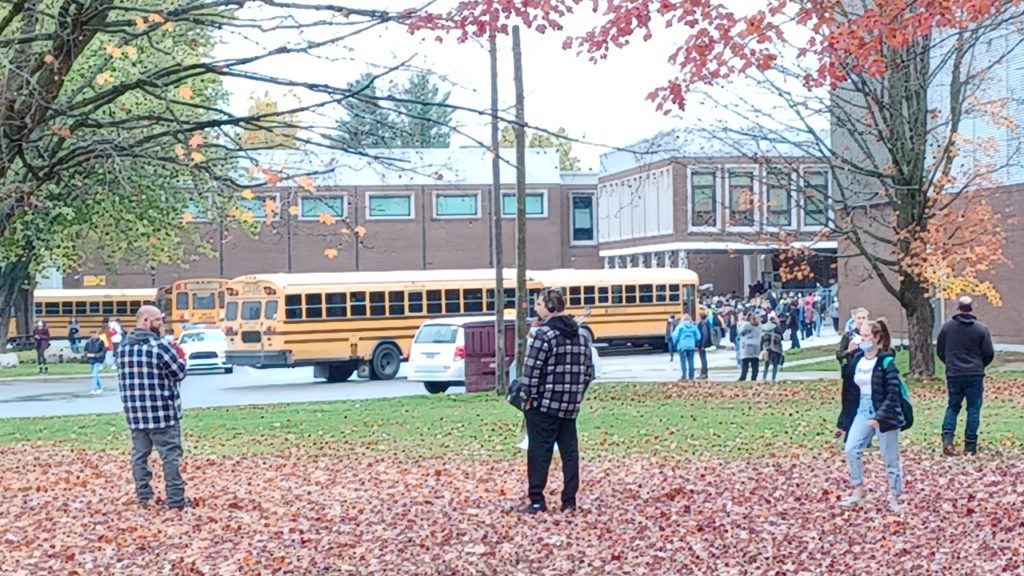