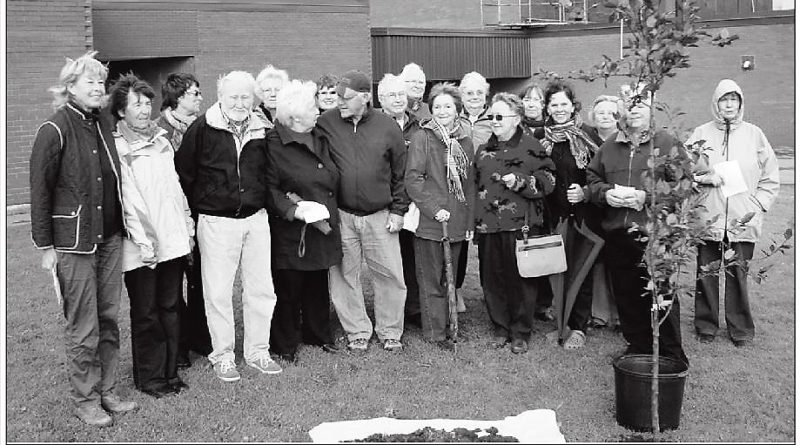 Photo from the October 19, 2011, edition of The Review. Click on the photo for the full caption as it appeared in the original edition. Archive photo

10 Years ago
Growing number of feral cats in Hawkesbury
The Review, October 19, 2011 – HAWKESBURY – Emotions ran high, as members of the local Friends of Feral Cats group remain uncertain about the future of the growing number of stray or feral cats they take care of in the community. Members attended last week’s council meeting hoping councillors would decide to abandon the idea of introducing a controversial bylaw that would make it illegal to feed wild animals – including feral cats – in the community.

50 Years Ago
Glengarry-Prescott Old Timers Hockey League
The Review, October 20, 1971 – MAXVILLE – Hockey players of former days in the district held a meeting in Maxville this week, in order to form a league of their own, which will include Maxville, St-Isidore, Vankleek Hill, Alexandria and Williamstown. Ed Cuerrier of Maxville is president and Gord Allan of Vankleek Hill was named vice-president.

75 Years Ago
Three coaches on CPR Express derail near Caledonia Springs
The Review, October, 1946 – CALEDONIA SPRINGS – Two persons were seriously injured when the rear three coaches of a packed CPR Trans-Canada express derailed east of Caledonia Springs Saturday morning. West-bound out of Montreal, the train was made up of engine, baggage coach, two sleepers, five-day coaches and a parlour car.

100 Years Ago
The people we meet
The Review, October 21, 1921 – VANKLEEK HILL – Every newspaper knows full well how many people shirk responsibility for public affairs. People come to a newspaper time after time and want the Editor to fire some hot shot which they dare not do. The Editor asks them to sign their names to certain statements and it is surprising how quickly they crawl back into their shells. Plenty of people want the newspapers to criticize, but they will not do it themselves.

125 Years Ago
New bill collector for Vankleek Hill
The Review, October 23, 1896 – VANKLEEK HILL – The council held a short session on Saturday, at which Mr. John D. Campbell was appointed collector. A business visit from him in the near future may be expected.