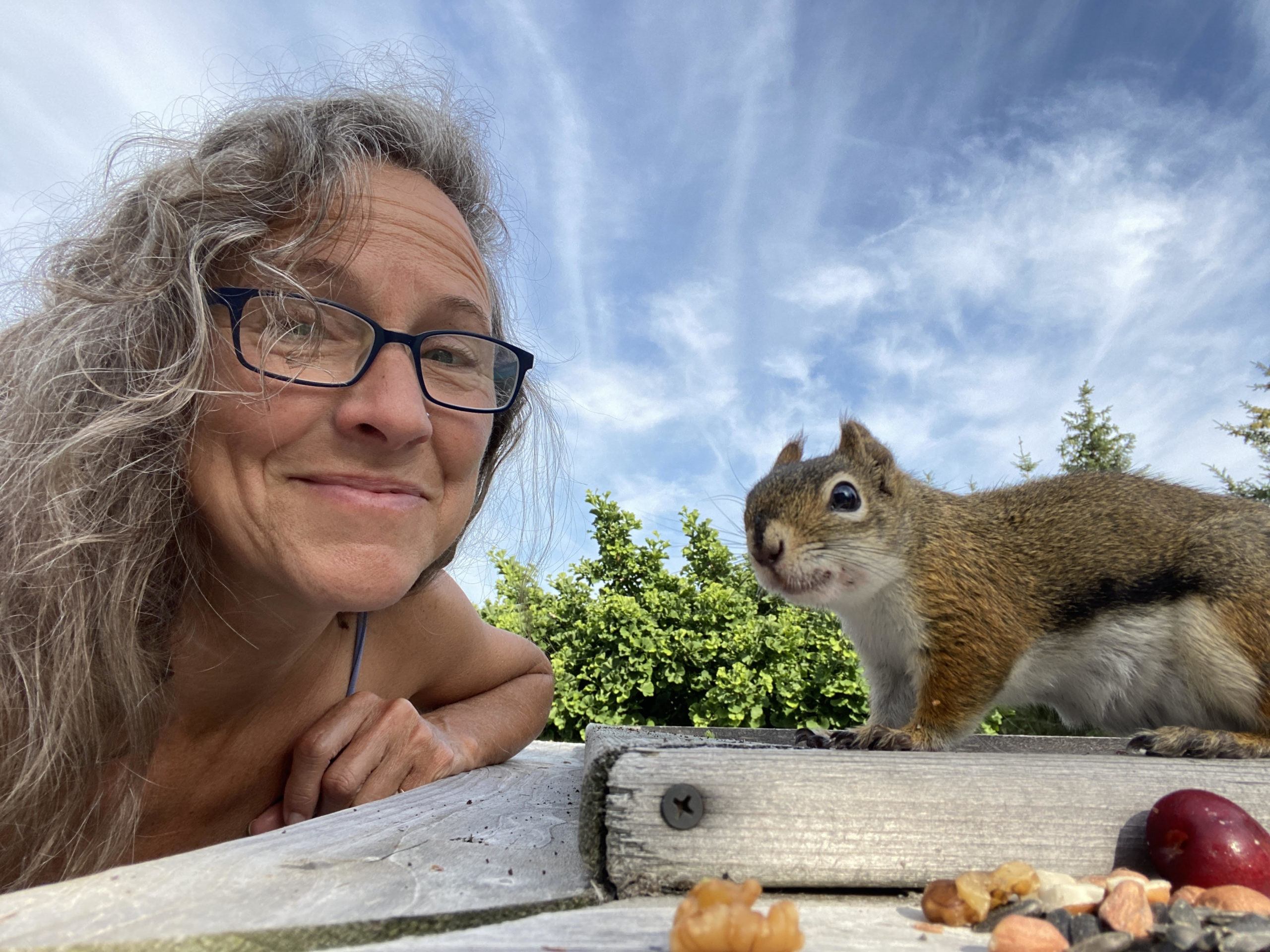 Alison Logee and Chelsea in a photo taken this summer.

St-Eugène, Ontario, resident Alison Logee has a very special relationship with a red squirrel. The dental hygienist found the two-week-old baby while sitting by the firepit on an August evening in 2013. Since nursing the young squirrel she named Chelsea back to health, Logee has received regular visits from her friend and has observed her raise numerous families over the years. Logee has even used Chelsea for inspiration, making her the main character in a children’s book ‘The Treetop Tooth Shop’, which was published in 2020. On August 14, Chelsea will be eight years old, and The Review asked Logee to tell their story over a special three-part series.

It’s still hard to believe that a one-second decision – one I initially thought would bring me down a path for several weeks – brought me there for several years and is still going strong.

On August 14, Chelsea will be eight years old! When I met her, I didn’t know she would be my muse and would help me fulfill my dream of writing stories for children.

Our story began on August 31, 2013, when while standing barefoot by the firepit, I felt my toes touch something soft.

“Gross! What the heck is that!?” I remember thinking of the ‘pink thing’ I saw lying on the ground.

I scooped up its lifeless body – about to throw it into the pond – but before I launched it, I took a closer look and noticed its chest moving just slightly. It was breathing! The thing was breathing!

I recall seriously thinking about whether I had the time and energy to commit to saving this tiny creature. But the thought quickly passed. According to my first post on Facebook, I felt something special had found its way into my life that day. And so there I was, learning how to save what I thought at the time was an abandoned chipmunk, who actually turned out to be a red squirrel. I named her Chelsea.

When saving an abandoned baby animal, the first rule is to hydrate and give it heat. I set Chelsea up in a shoe box, padded with soft cotton material, and placed it on a heating pad, on ‘low’ – so I thought. When I got up to feed her at 1 a.m., the tiny squirrel was TOTALLY red! I had nearly roasted the poor thing! Thankfully, the two-week-old Chelsea had squirmed her way into the corner, away from the heat.

The next two weeks required feeding her every two to three hours around the clock. My work as a dental hygienist meant I was away from home during the day, so I also had to take her to work with me. Fortunately my boss was immediately on board, and she gave me the space to feed Chelsea in between dental cleaning appointments.

This, of course, led to some interesting exchanges with patients at the dental clinic. “Um, excuse me, sir… I’ll be right back. Just go ahead and start flossing your own teeth while I feed the squirrel. Thank you!”

Awoke to find a squirrel sitting on her pillow

At four weeks Chelsea opened her eyes, and from that day on she explored everywhere. I kept her in my bedroom, in a little bin, thinking she was well contained, but I often woke up to find her sitting on my pillow, by my head, having a snack and watching me sleep. Other times, she liked to snuggle up against my feet. We finally built a large release cage, but of course it did not take long for Chelsea to figure out how to escape.

At six weeks of age Chelsea was outside, in her release cage, adapting to her natural environment. By the time she was two months old, we had established a nice early morning routine. She’d hop onto my shoulder, I’d walk her through the house to the oak tree, she’d jump off, run up the trunk and disappear into the canopy.

One evening, a few weeks later, I waited by that oak tree for a couple of hours. Chelsea never returned. How do you think I slept that night? This was like waiting for your 18-year-old’s arrival on a Friday night, well past curfew and still no call.

So there I was the next morning – up early at 4:30 a.m. – waiting hopefully at the bottom of the oak tree, for Chelsea to come home.

The story will continue, with Part 2 of ‘Chelsea and Me’ in the August 25 print edition of The Review. 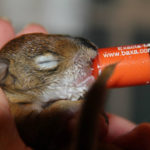 September, 2013. Two-week-old Chelsea being fed with a syringe 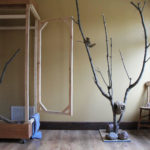 By October of 2013, Chelsea had her own release cage in the house, along with the Squirrel equivalent of a cat-climber. 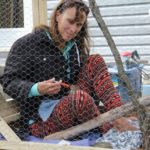 In late October the release cage was moved outdoors to allow Chelsea to acclimate to her surroundings. 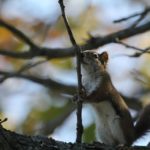 Chelsea explores the oak tree on Logee’s property for the first time in November of 2013.