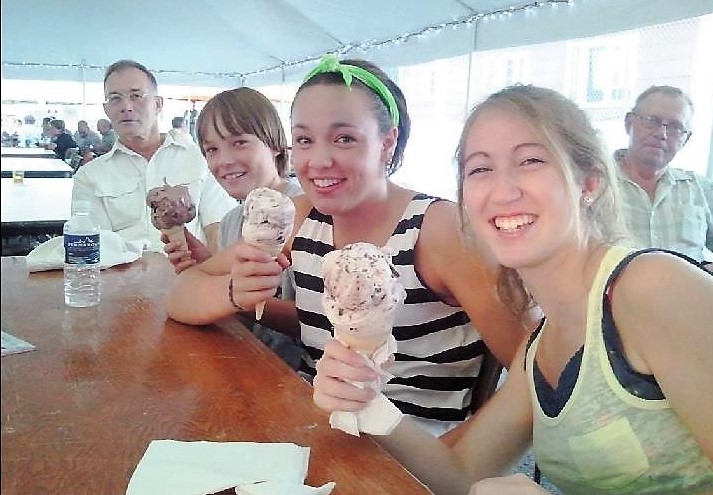 10 Years ago
Dalkeith 200th a great success
The Review, July 27, 2011 – DALKEITH – An estimated 2,000 people gathered in the small village this past weekend to help celebrate 200 years of history. According to Tish Nicholson, recreation programs coordinator for the Township of North Glengarry, everyone is “over the moon” with how the birthday bash went. A total of 225 barbecue chicken dinners were sold and Scotiabank agreed to match the funds dollar for dollar, meaning some $2,200 was raised. The Dalkeith Historical Society has already raised the funds it needs to purchase the chapel in the village.

25 Years Ago
Folk N Food show restocks food bank
The Review, July 24, 1996 – VANKLEEK HILL – The Hill was alive to the sounds of music and community spirit last Sunday night, as the Vankleek Hill Food Bank got a much needed boost from the Food N Folk concert. Three truckloads of food and $127 in cash were collected at the outdoor concert featuring four local groups. “We have gone from zip to enough food to keep us going for at least a month,” says Rev. Matthew Stevens, minister of Trinity United Church, where the food bank is housed.

50 Years Ago
More than 30 pipe bands expected at Maxville
The Review, July 21, 1971 – MAXVILLE – Thirty-five pipe bands are expected to participate in the 24th annual Glengarry Highland Games here on July 31 – many of them from the United States. And at least 66 dancers will be competing. Add to that a heavy list of track and field events and it becomes obvious the games will be bigger and better than ever.

75 Years Ago
Welcome Home Club of Riceville
The Review, July 25, 1946 – RICEVILLE – The Welcome Home Club of Riceville recently held the last of a series of social evenings given in the honor of the returning servicemen of this community. Six guests of honour who have returned to our midst since the spring were invited. They were Willis Clemens, Clayton Reid, Dolman Reid, James Reid, Reuben Scott, and Hampden Weite.

100 Years Ago
Please pay The Review
The Review, July 29, 1921 – VANKLEEK HILL – During the last few days a large number of small accounts varying in amounts from 50 cents to $5 have been sent out by The Review. These small accounts total over $300 and some of them are owing since 1920. The cost of collecting these is a relatively very great convenience if those who owe these small accounts would kindly pay at once. The mailing costs alone are relatively enormous.

125 Years Ago
Horse racing at St-Eugene
The Review, July 31, 1896 – ST-EUGENE – The two day’s race meet at St-Eugene ON was a great success both in point of attendance and quality of the races. In the three-minute trot the horse owned by I. Proulx Esq., M.P. won first money, Paul Ranger’s second and a horse from Lachute took third. In the bicycle race Brunet of Moose Creek took first, Elie Mooney a close second.