Hawkesbury youth’s stolen bicycle replaced by the generosity of strangers 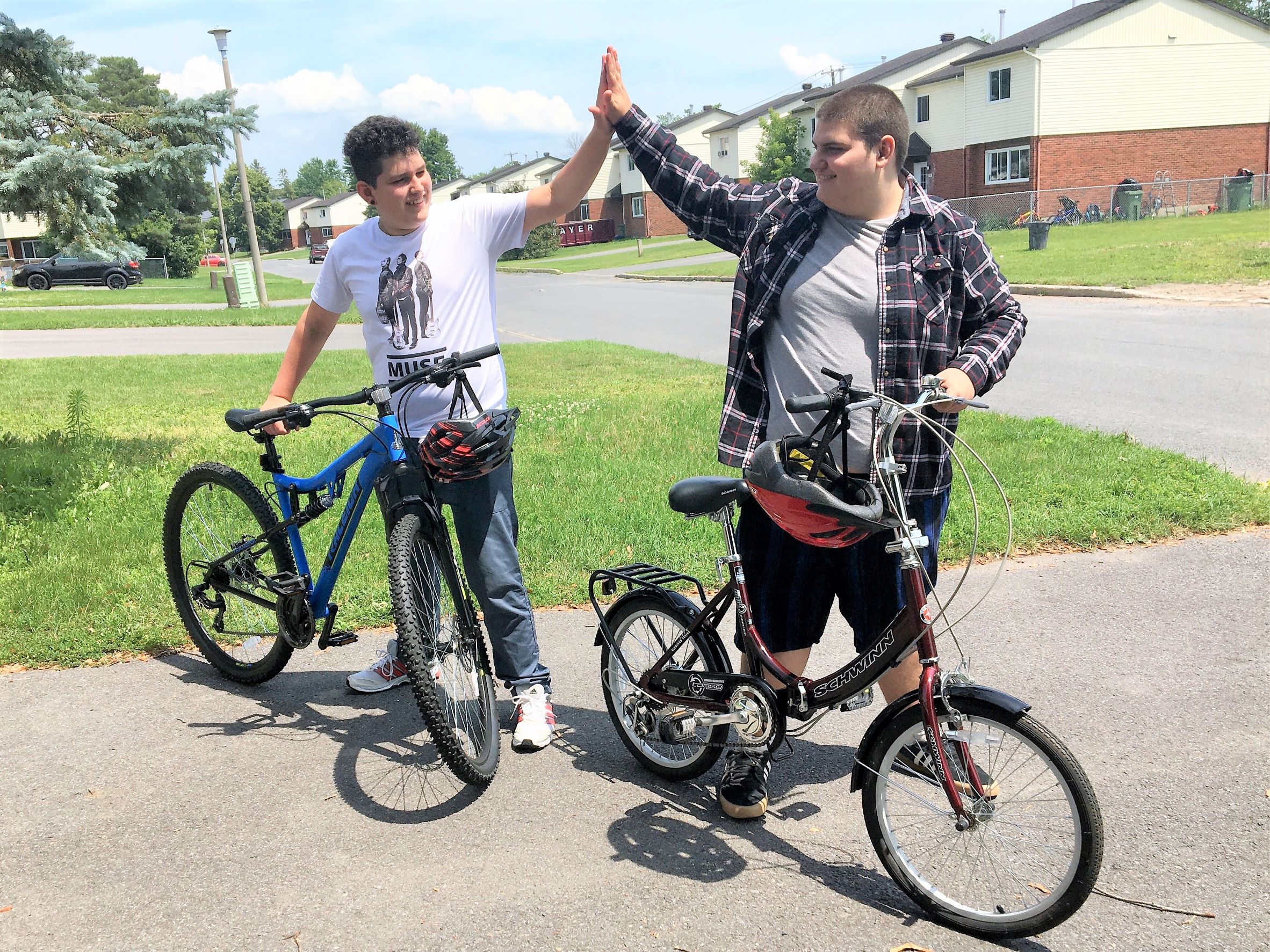 Jake Suprenant only had his new bicycle for two weeks before it was stolen from outside his home in the early morning hours on Canada Day. But the story has not one, but two happy endings.

Thanks to the generosity of a group of strangers, the Hawkesbury youth has a new bicycle. Lead by Carole Leroux and Crystal Berniquer, Jake and his mother Natalie Stuckless met the group at Canadian Tire in Hawkesbury last week, where Jake, who is on the autism spectrum, carefully chose his perfect bike, helmet and lock. After thanking his benefactors, the 15-year-old proudly rode his beautiful new bike home.

“He was heartbroken, because he waited two years to get a new bike,” said Jake’s mother, of her son waking up on Canada Day to find his new bicycle had been stolen. “I had finally paid off my car and saved up a couple of months to get him a new bike and he was thrilled.”

Stuckless wrote about the theft in several local buy and sell groups on Facebook and her post quickly gained traction – particularly on the Hawkesbury Classifieds page, where it received hundreds of likes, shares and comments. After a few days with no leads, several local residents decided to band together to purchase a new bicycle for Jake.

“Since receiving his bike, he’s been on countless rides – many with his best friend, who is also on the autism spectrum,” Stuckless wrote to The Review in an email on July 7. “Unfortunately Jeremy doesn’t have a bike, so he borrows my bike.”

A few days later came the second happy ending. On Monday, July 12, Jake’s friend Jeremy Pharand was presented with a bicycle of his own by one of the group members.

“He insisted on footing the whole bill, helmet and lock too,” said an incredulous Stuckless, who added the man wanted no recognition and insisted that she and Jake present the bike to Jeremy without him.