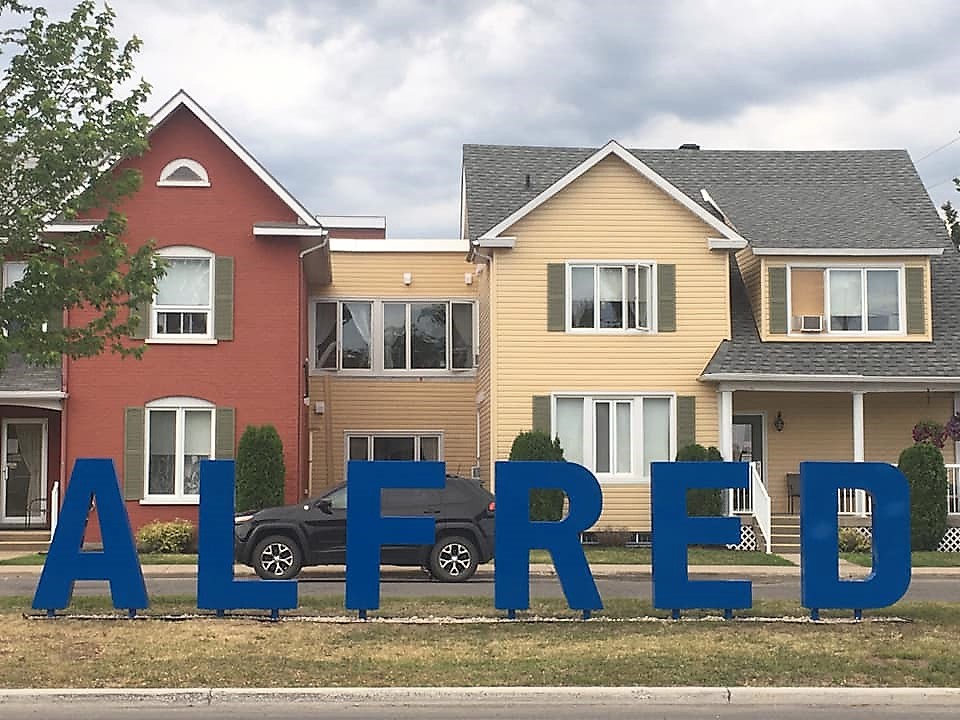 Alfred’s downtown is looking pretty sharp these days, with new artwork decorating the sidewalks as the village prepares to celebrate the 150th anniversary of Saint-Victor Parish.

A four-day celebration of the historic Roman Catholic Church is planned in Alfred from September 16-19. The event will include a parade, live music, entertainment and children’s activities. More details will be released as public health regulations become clear closer to the date.

A Facebook page Alfred Je t’aime has been created. The event also has a webpage, which lists all of the activities planned for the celebration of Saint-Victor Parish’s 150th.

The 150th anniversary celebration had originally been planned for the Saint-Jean-Baptiste weekend in June, but had to be pushed back to September due to the COVID-19 pandemic. Organizers are working with the Eastern Ontario Health Unit and the event will follow all public health guidelines in place at the time.

In the meantime, volunteers from the Alfred 150e organizing committee have been busy beautifying the village, engaging 35 local artists to paint dozens of flower barrels. The centre square has also been upgraded with ‘ALFRED’ spelled out in large block letters, and flower boxes added to the each corner.

“We are very proud of this collaborative artistic project,” said France Lamarche, president of the organizing committee for Alfred 150e. “It’s beautiful visually, and it provides joy, life and ambiance.”

Each of the 36 painted flower barrels has a specific theme, including ‘Éclat chromatique’ (Chromatic Burst) by local artist Shanna Steals, who transformed her recycled barrel into a giant paint can – with colors that represent those of the chromatic circle. As the barrel will be used to plant flowers, the artist wanted to create a reminder that the pigments used to create paint traditionally come from the natural world.

“I wanted to do something that would be simple enough to be seen from far away, as people are passing by with their cars or are walking around,” Steals said. “I thought it would be cool to make (the barrel) look like a giant-sized paint can. With the flowers there it’s like a burst of color, so I called it ‘Chromatic Burst’.”

“I wanted to do something that would be fun and really speak about what you need to create art as well. I kept it as a simple, but meaningful concept.”

The organizing committee for Alfred 150e has already received a great deal of positive feedback on the artwork project, Lamarche said.

A complete brochure with full details about all of the painted flower barrels is available on the Alfred 150e website here. 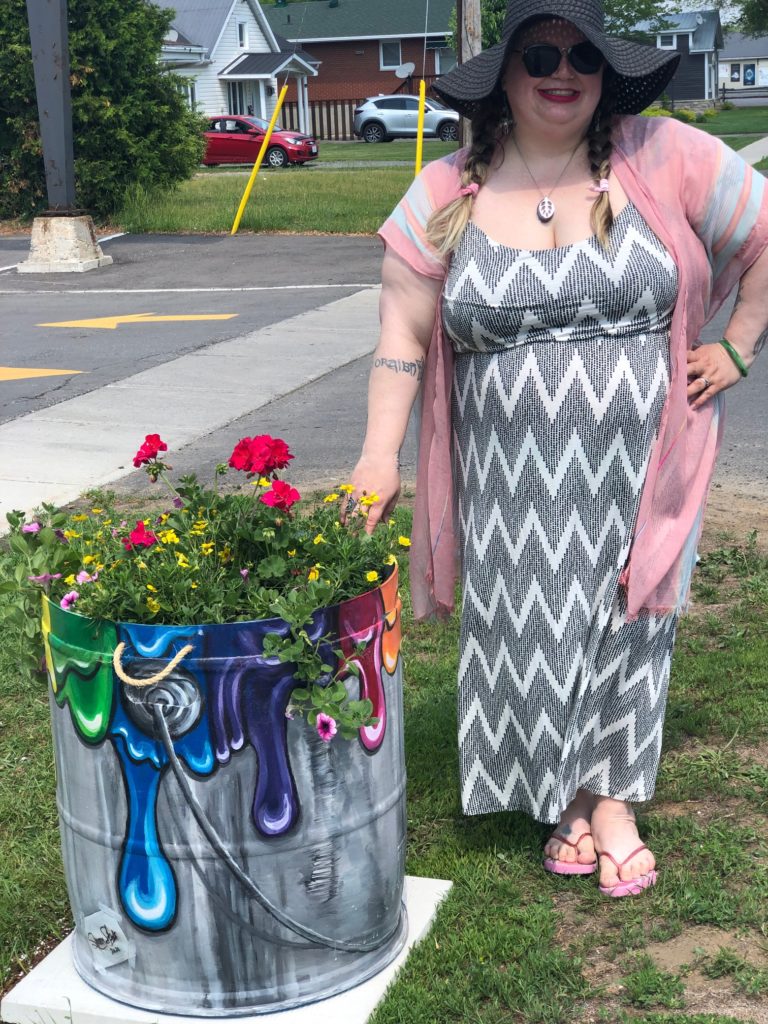 Alfred artist Shanna Steals transformed her recycled barrel into a giant paint can – with colors that represent those of the chromatic circle. As the barrel will be used to plant flowers, the artist wanted to create a reminder that the pigments used to create paint traditionally come from the natural world. 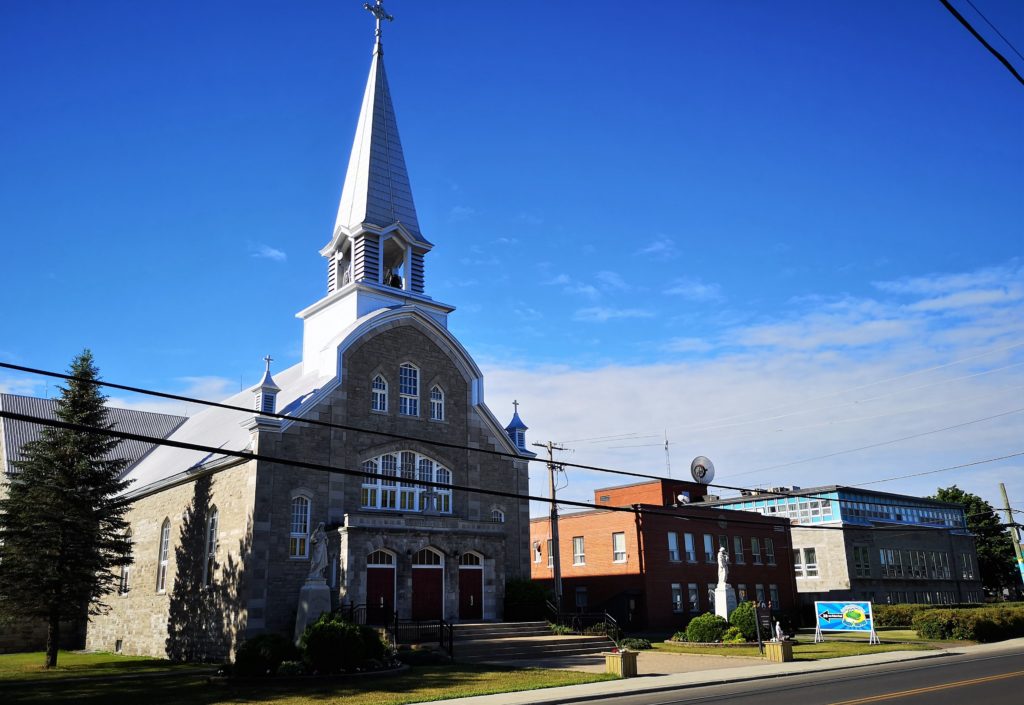 Saint-Victor Parish in Alfred is celebrating its 150th anniversary in 2021. Photo by Reid Masson