Champlain Township councillors opted to defer a decision on $50,000 in requested funding by Action Champlain to appeal the Local Planning Appeal Tirbunal (LPAT) decision to allow Colacem to build a cement plant west of L’Orignal.

On April 12, the LPAT ruled in favour of Colacem’s plan to build a cement plant adjacent to its existing quarry on Country Road 17 west of L’Orignal. The LPAT rejected an appeal by Action Champlain of an Official Plan Amendment approved by United Counties of Prescott and Russell council which was required to permit the construction of the plant. The LPAT also granted Colacem’s request to overturn a decision made by Champlain Township council to reject a Zoning By-law Amendment that was required for the plant site.

Action Champlain intends to appeal the decision, but also wants Champlain Township to support the cause and is asking council for a $50,000 contribution towards its goal of raising $110,000 to cover costs associated with the appeal.

At council’s regular meeting on May 13, Councillor Andre Roy said he strongly supported Action Champlain’s position, but could not support the funding until a decision on the appeal was rendered. He believed it was more prudent to hold off on the decision and return to it when the situation was more clear.

A number of other councillors agreed with the assessment presented by Roy.

Councillor Michel Lalonde said while he was against the cement plant he also preferred to defer a decision on funding until it is known if the appeal will be heard. Barton also suported the decision to hold off on funding until more is known.

Councillor Violaine Titley noted she is strongly against the proposed cement plant but said she supported the decision to hold off on funding for the appeal until it is known if it will be heard.

Mayor Riopel declared a conflict of interest on the decision of whether to provide funding to Action Champlain.

As no proposal was put forward, council will revisit the funding at a future meeting.

Bylaw change to allow row house in L’Orignal voted down

A zoning modification to allow the construction of a three-unit row house in downtown L’Orignal was rejected by Champlain Township council at its regular meeting May 13, but the project will return to council in June once public consultations are completed.

Zoning Amendment Z-03-2021 would have changed land on the north side of Queen Street in L’Orignal from its current CC-5 zoning to CC-12. The proposed change would have allowed a row housing development of three dwelling units on Queen, between North and Peter streets.

Councillor Gerry Miner expressed a concern about snow removal on the property, noting the design did not leave a great deal of space between the building and neighbouring properties. Champlain Township Senior Planner Jennifer Laforest said staff believed there was sufficient space left for the placement of snow and neighbours should not be impacted.

Councillor Violaine Titley said she had visited the area in question and she believed consideration should be given to whether the design of the building would fit in with the single residential homes in the neighbourhood.

Councillor Michel Lalonde had several comments, pointing out the existing bylaw for the property did not allow for the proposed structure.

“To change from CC-5 to CC-12 is not only a minor thing that we have to think about,” Lalonde said. “(Under CC-5) the minimum (width) of a dwelling unit is six metres – in this case to have it changed into CC-12 we need to change it to five metres and it’s for three units, not only one.”

A vote was taken and the bylaw amendment was rejected. The proposal will undergo public consultation and is expected to return to township council for consideration again in June. 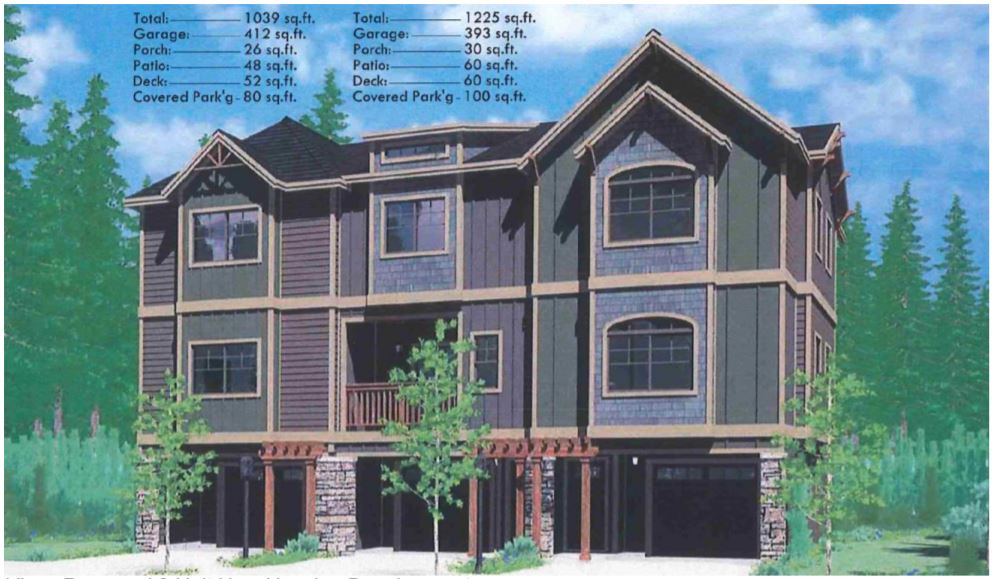 A bylaw amendment which would have allowed the construction of a three-dwelling rowhouse in L’Orignal was voted down by Champlain Township Council at its regular meeting on May 13.