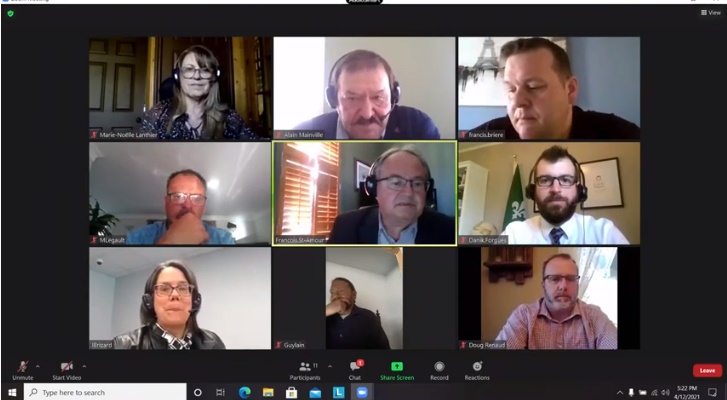 La Nation has a new, permanent fire chief. On April 12, council approved the appointment of Richard Groulx as the new Fire Chief and Community Emergency Management Coordinator for the municipality.

New sidewalks are being constructed on Limoges Road, and repairs will be made to sidewalks in St-Isidore. On April 12, La Nation council approved a $63,647.82 bid from Strada Construction Group Inc for the work. The budget for the sidewalk work was $71,485, which means that the lower bid from Strada will result in $7,837.18 to the municipality.

A section of the boundary road between La Nation and North Stormont is now closed at Highway 138. Council approved the closure on April 12, after a request from the Township of North Stormont and concerns expressed by the Ontario Ministry of Transportation, over traffic from trucks hauling heavy black earth in close proximity to the Highway 138 interchange with Highway 417.

According to Legault’s report to council, a property owner on the boundary road created a truck entrance onto the road without municipal authorization.

The road will remain open to agricultural machinery which require access to farmland along the roadway.

Residents of La Nation will be voting by internet or telephone in the 2022 municipal election. On April 12, council approved using the method, which the municipality has used since 2000. La Nation will also enter into a joint request for proposal with other Prescott and Russell municipalities for the vote processing and tabulation systems. In 2018, 76 per cent of La Nation residents who voted did so by internet and 24 per cent voted by telephone.