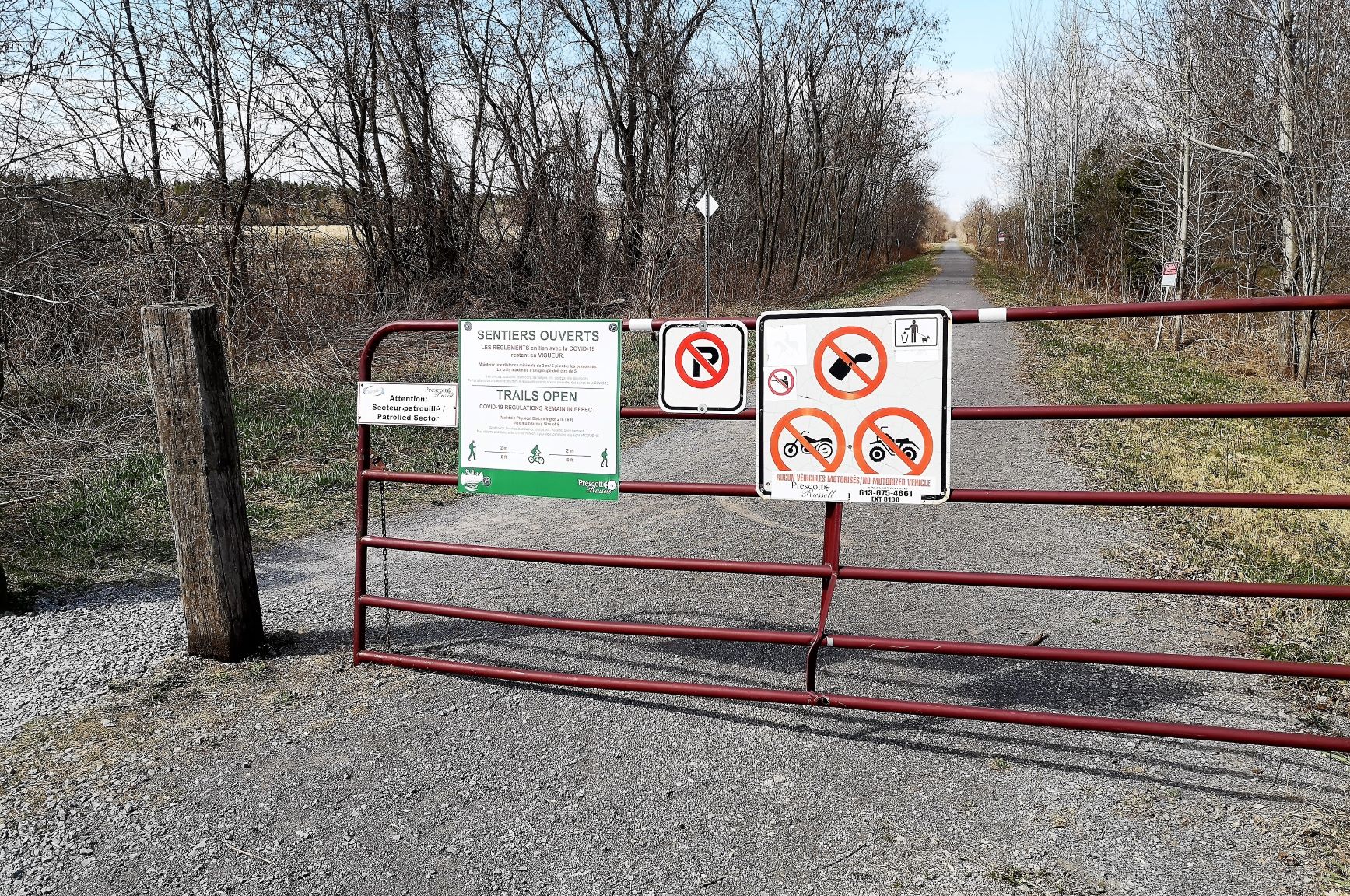 After a brief furor over its closure, the Prescott-Russell Recreational Trail has reopened and will stay open – at least until June 30.

The trail was reopened officially to the public on Thursday, following a closed-door meeting of the United Counties of Prescott Russell (UCPR) council on Wednesday, April 14. The UCPR’s Facebook page https://www.facebook.com/prescottrussell had received numerous complaints about the closure of the trail, which had been announced by the Sentier Récrétif Prescott-Russell Recreational Trail group’s  Facebook page earlier in the week. A spokesman for the group said they had received no notification of the trail’s closure and had only found out by accident the trail had been closed.

“I only found out last week – we didn’t have a clue as to why the trail was closed,” said Serge Joly, secretary of the Prescott-Russell Recreational Trail Corporation, noting there were only signs in a few locations indicating the trail’s closure. “There was really no official statement saying why it was closed and we didn’t know what was going on because the United Counties didn’t tell us anything.”

The fact is the Prescott-Russell Recreational Trail never officially opened for the 2021 summer season said UCPR Chief Administration Officer Stéphane Parisien, who made the decision to keep the trail closed a month ago. The trail had been open to snowmobilers for use over the winter.

Parisien noted the UCPR’s current agreement with Via Rail is set to expire June 30 and the trail will be closed if a new deal cannot be reached. He did not want to hire temporary staff to maintain the trail for such a short period and was worried that closing the trail in the middle of the peak summer season would be very disruptive for the trail’s users and UCPR workers.

In the meantime, an early spring allowed access to the trail before the closure was announced, forcing staff to scramble to get the word out and resulting in confusion over whether the trail was open to the public or not. Parisien said Thursday that in retrospect, he believes his decision to close the trail was a mistake and feels council made the right choice in choosing to reopen access.

“The last thing I wanted to do was hire someone for a month, let them go, do a bunch of expenses on projects and then say we don’t have a deal with VIA and close off the trail,” Parisien explained, noting the decision was made before the announcement of the Ontario stay-at-home order. “But we had an early spring and snow melt and then the government calls for a lockdown. In hindsight, my decision to close the trail was not a good one.”

The UCPR’s Chief Administrative Officer acknowledged that the public and groups affected by the closure were not provided sufficient notice of the closure. He said staff will endeavor to notify all affected groups on future announcements regarding the Prescott-Russell Recreational Trail.