50 Years Ago
Local man killed by plow train on MacAlpine Road
The Review, March 10, 1971 – A local man working for a supermarket in Galt, Ontario, and engaged to be married in July, died March 6, after the car he was driving was pushed a mile by a plow train clearing snow from the CPR line at MacAlpine, three miles northwest of Vankleek Hill. Gilles Lalonde, 21, was visiting his parents in Alfred for the weekend and was on his way to pick up his fiancee in Hawkesbury when the accident occurred at about 1:20 p.m. The crossing has no warning flashers and motorists are forced to nose their vehicles onto the tracks to check for trains, as snowbanks at the crossing are eight to 10 feet high.

75 Years Ago
Buggy driver injured in crash with taxi
The Review, March 14, 1946 – Edward Boileau, 60, of Alfred is in hospital in Hawkesbury as a result of an accident in which the buggy he was driving was struck by a Red Line taxi driven by Rene Mayer, one mile west of Alfred, shortly after noon on Sunday. Boileau was driving west and turning his buggy west from the north to the south side of the road when struck by the taxi, which was traveling west. The buggy was overturned and its three occupants thrown.

100 Years Ago
Boys allowed at VCI basketball banquet
The Review, March 11, 1921 – In our report last week we were rather misinformed as to the character of the banquet given to the winning basketball team, in that we stated no boys were to participate. However the girls took pity on them and brought them in out of the cold and treated them royally. Certain toasts had to be drunk in water, owing to the unquenchable thirst of some of the junior pupils.

125 Years Ago
Dog owner ordered to pay illiterate bite victim
The Review, March 13, 1896 – Judge Lynch rendered judgment on Saturday in the case of Prudhomme vs. Vincent. The plaintiff, who is the driver of an express wagon, having delivered some goods in the defendant’s yard, had occasion to retire and went to the defendant’s stable nearby. A vicious dog that had already bitten another person was in the stable, and when the plaintiff opened the door, the animal jumped upon him and bit him. Although there was a notice on the door warning people, the court held that said notice could not apply to Prudhomme, as he could not read, and condemned Vincent to pay him $100 damages and costs. 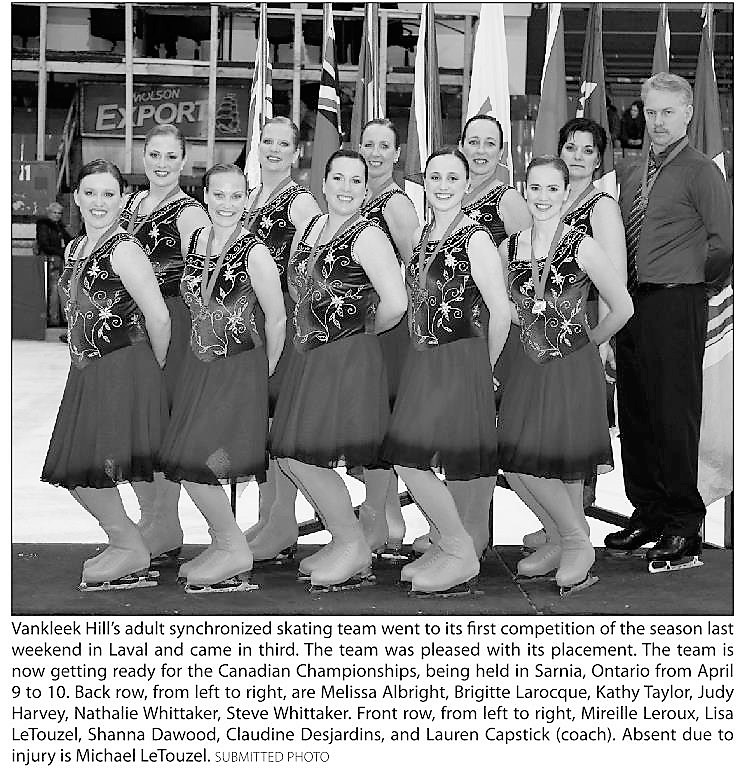 Photo and caption from the March 9, 2011 edition of The Review.